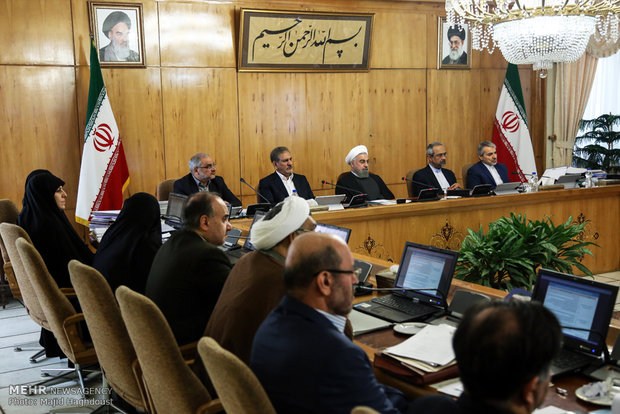 The report cites several cases where the US government and courts had agreed on the seizure of Iranian bonds and assets due to terrorist acts and other pretexts. President Rouhani established a workgroup headed by the Minister of the Economy to address the case from the standpoint of international law and provide necessary advice and recommendations to higher authorities for further action.

The workgroup also has a mission to investigate the factors and causes behind such seizures and other restrictive measures taken by US courts and government.

In a recent measure, a US court gave a verdict to pay compensation to the families of military personnel killed in a blast in a US military base in Beirut in 1983. The court implicated Iran in the event which killed 243 American marines.

The report by the workgroup carefully considered Foreign Ministry papers and letters and correspondence from the Supreme National Security Council, the Central Bank, the President’s office, and the Center for International Legal Affairs. “Hostile acts by Congress and the US government are a violation of Iranian national interests based on an ill-conceived claim and a highly dubious court verdict, which effectively breaches the principle of immunity of foreign assets. This is not only unprecedented in legal history, but it is also defying peremptory norms of international law and an example of piracy in broad daylight,” the report stated.

It also criticized actions taken by previous cabinets who, the report findings indicated, had ignored the warnings and caveats about depositing Iranian assets in a US mainland bank, and had failed to make timely efforts to withdraw the assets and bonds to avoid such appropriations between autumn 2007 and summer 2008. Under those conditions, the US courts’ and government’s potential access to these bonds was a risk, and the Iranian assets were duly targeted by court verdicts.

The workgroup report recommends that the SNSC intervene in the case since the case was not exclusively related to the economic and financial sectors, but had national security dimensions as well.

“The cabinet has put in place all diplomatic and legal resources and efforts to vindicate Iranian national interests, which includes but is not limited to securing a NAM Conference condemnation of the US court verdict,” the report concluded.