Window of Diplomacy Not Closed Yet: Iran’s New UN Envoy 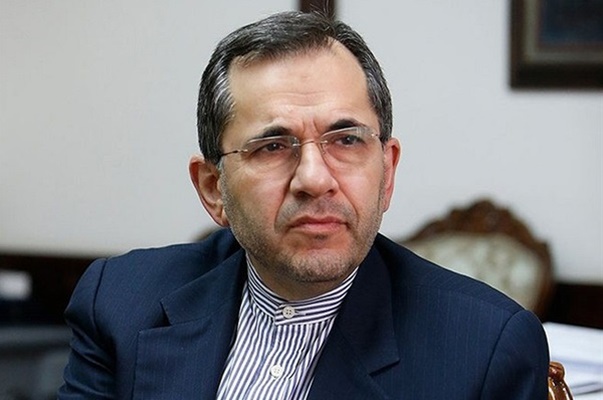 Iran’s new ambassador to the United Nations says it’s too early to say the window of diplomacy has closed, and that of war has opened in Iran’s ties with the US.

Majid Takht-Ravanchi made the comment in an interview with Khabar Online.

“They say the window of diplomacy will be closed and that of war will open. Are Iran and the United States in such a situation now?” he was asked.

“I don’t believe that the question of war is an issue now,” he said.

“The window of diplomacy hasn’t closed, either, because we are in contact with the world and express our rightful positions,” added the top Iranian diplomat.

He said Washington’s withdrawal from the Iran nuclear deal known as the Joint Comprehensive Plan of Action (JCPOA) was against the United States’ international obligations.

“We will announce this issue to the world in accordance with Resolution 2231 of the UN Security Council,” he noted.

“Fortunately, we are seeing very good support for these stances at the international level. In fact, our diplomacy is active both in the region and beyond,” he said.

He then touched upon the priorities of his mission at the UN.

“The UN is grappling with different issues, including issues related to international peace and security as well as economic and social issues and those pertaining to the explanation of international law. We have things to say on all these issues,” he noted.

“We believe we can use multilateral diplomatic potentialities in a better way. Naturally, we will continue these activities. We will definitely play a role in whatever arena we can be effective,” he said.

“There are some regional issues which the UN pays attention to,” he said.

“We are active with regards to regional issues, especially in the war on terrorism,” he noted.

“The UN is active in this domain, too,” he said.

He added Iran also has economic and social cooperation with the UN, and works closely with the world body in fighting narcotics and organized crime.

“And hopefully, these activities will increase,” he said.