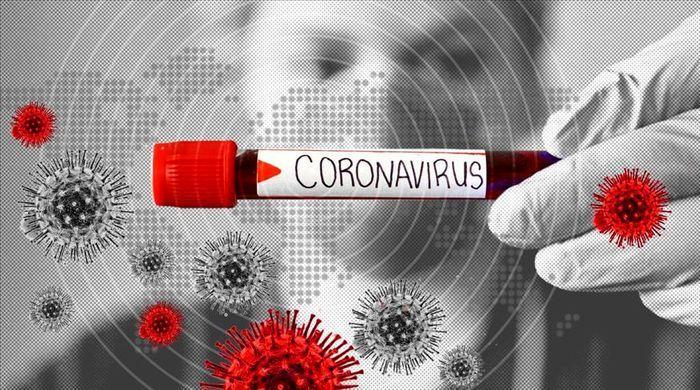 An Iranian political analyst has weighed in on the repercussions of the Coronavirus outbreak on the Iranian politics, especially in the coming year when the country's presidential election is to be held.

The deadly coronavirus has changed many global equations and right now the governments are thinking of altering their strategies and approaches after the end of this pandemic.

Experts believe that the new virus may have threats and opportunities for the governments and people in the long run.

Iranian academic and politician Mostafa Moein says the governments must take the post-corona opportunity to make up for their past mistakes.

The former Iranian presidential hopeful also believes that people must help the government to overcome the negative effects of the deadly pandemic.

In addition to being involved in politics, Mostafa Moein has been a professor at Tehran University of Medical Sciences for some time. He is also the director of the Immunology, Asthma and Allergy Research Centre and the Supreme Council of the Medical System.

Shargh daily has conducted an interview with Dr Moein, asking about the relationship between politics and medicine, and also the effects of the coronavirus on politics and health.

Here are excepts from the interview translated by IFP:

Q: What is your idea about a world infected with COVID-19?

A: It’s not a small disaster, the epidemic is a pervasive, global virus that has infected about five million people so far. Many more are virus carriers. It has killed more than 320,000 people leaving countless families in poverty. It is the most horrible pandemic after the 1918 flu pandemic. But this is just the beginning! Epidemiologists predict the spread of the disease and its new peak will affect human society for many years. Although the situation is catastrophic, in any case, a new era has begun, which, as you said, disrupted the current order of the world.

Q: What do you think the corona pandemic has changed regarding the social order?

A: You can see that people’s lifestyles, administrative and social systems, the economy and the type of communication have changed which will more or less continue in the long run. Meanwhile, family ties were strengthened and public participation enhanced, the importance of the development of civic institutions and their role in managing such crises became clearer, and the observance of personal and social health protocols became more important. Moreover, the need for government investment in the health sector has shown itself more than ever. Environmental degradation has declined, virtual education has expanded, e-government has emerged as an urgent necessity, structural weaknesses in the management of biological crises, and flaws in the social and cultural infrastructure of countries even in developed countries were revealed.

Q: Political experts believe that the world of politics will be different after the corona. Do you agree?

A: Under the new conditions, past assumptions will not work anymore. Like it or not, the attitude of people and the approach of the governments will change. During the corona pandemic, the safety and health of human beings was imposed on the neoliberal governments as a general demand instead of economic and military development. The current health care costs, especially in superpower states are very low compared to their arms budgets. In fact, the right to biological, environmental, and all-inclusive physical, mental, and social health will be one of the most serious demands of the nations after corona. It is also predicted that the role of civil society intermediaries in mobilising the people and attracting public participation in decision-making and policy-making systems of countries will be greater than before. The economic, and political influence of the US will be decreased, while the European Union will become more unstable. However, economic superiority and greater global influence of countries like China, India and Japan could be observed.

Q: Let’s talk about Iran. Do you think we will see a different Iran from what it was in February 2020?

A: In the new era and the age of communication, it is not possible to build a wall around countries and prevent the impact of global processes on a nation. In Iran, we have more or less witnessed the same global developments that I mentioned above. The post-corona Iran can be a better country than ever before, provided that both the government, the elites and the masses take advantage of the crisis as an opportunity to change attitudes, policies and behaviours. Increase of government trust in people and civil society, maintaining national and relative solidarity achieved during the COVID-19 outbreak and raising social capital are some of the changes expected. On the other hand, political and social opportunities must open up to decentralise the government and reduce bureaucracy. The decision-making system must be transparent and corruption be eradicated. Moral and social values have to promote to develop science, etc.

Q: That’s right, but we saw the decline of social capital and public confidence in Iran earlier. According to some sociologists and politicians, this situation will definitely change. Do you think these changes will be positive or negative?

A: It seems solidarity has increased among people, and they trusted more in medical staff who were in the frontline of defending the society’s health. At the same time, the corona crisis provided an opportunity for government officials to make up for some of the inefficiencies of the past with their actions, and fill up the gaps that were revealed in the socio-political tensions of November last year. In Iran, the corona crisis is a double-edged sword. If we take it as an opportunity to make up for past mistakes and inefficiencies, we will become stronger, otherwise the virus will be a major threat to the country’s chronic shortcomings!

Q: In your opinion, what new form will politics take in the post-corona Iran?

A: Given the process of the recent parliamentary elections, there may not be a tangible political impact in the short term, but it may affect the 2021 presidential election in the medium term and, in the long run, lead to structural reforms to further democratise the country. All of this, in addition to changing the government’s approach and the behaviour of officials, depends on the responsible efforts of the elites and the civil society.

Q: Looking at Iran’s social and political structure, what is the most effective model of governance and management for the country facing the corona crisis today? How do you think this model should change in the post-corona era?

A: As I said in response to the previous question, we need a democratic model based on public and managerial participation. We need to recognise the fundamental rights of people, especially their right to choose their destiny. The right to monitor the performance of officials as well as the officials’ honesty and transparent accountability are among these changes!

It is necessary for the country to have a well-written national and strategic plan for the post-corona era in order to manage the consequences of the crisis. In that national program, strategies and programs to win public trust and youth participation must be explained. The government must benefit from the ideas and cooperation of academics and elites to solve the economic, psychological and social problems of the people.

Q: You recently said that the corona had been the result of an unbalanced and unsustainable development of human civilisation over the past two centuries, adding that this national and global challenge could lead to new threats or opportunities. What will be these threats and opportunities?

A: In my opinion, the new threats will be the continuation of economic, psychological, and social damage of the pandemic and its more severe recurrence in the future. The economic recession, the increase of unemployment and poverty and despair of the young generation about the future next to migration, violence and political and social tensions will be among other threats.

Notable opportunities in the post-corona era include: planning to raise public awareness and health literacy, greater accountability of people and elites and civic institutions, reform of social, political and economic structures, accountability of governments about their legal duties, the realisation of the goals of sustainable development programs in the long run and the reduction of environmental degradation.