Why Iran Doesn’t Want the Bomb? 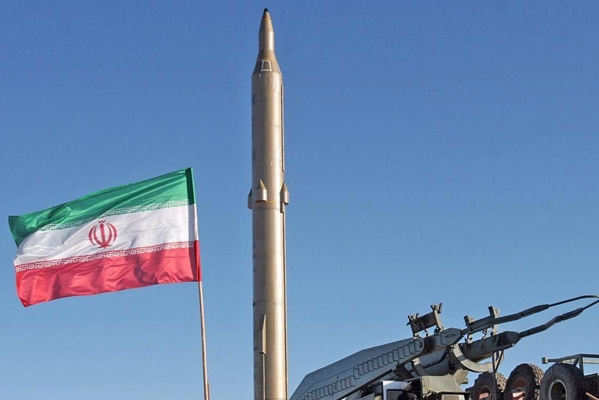 Accusing Iran of trying to develop a nuclear bomb has prevailed in the West among scholars, journalists and politicians, at least for the past decade. The 2015 nuclear agreement was expected to put an end to this fabricated concern and pave the way for normalization of Iran’s relations with the international community. However, the US decision to withdraw from the deal, and Europe’s failure to live up to its commitments, showed that reaching this point will not be as easy as it was perceived.

Apparently, the UN Security Council Resolution 2231’s endorsement of the Iran nuclear deal was not enough to give assurance to the P5+1 about the transparency of Iran’s intentions.

Anti-Iran hawks in Washington along with Israel have tirelessly tried to gather shreds of evidence to claim Iran has a clandestine nuclear program to develop a bomb, and keeps it from the IAEA inspectors. Israel’s Prime Minister Benjamin Netanyahu claimed Iran has undeclared nuclear activities and even some European officials who are opposed to Trump’s unilateral withdrawal from the deal have claimed that the US’ pullout would get Iran closer to the bomb.

The JCPOA’s inability to prevent Iran from developing a bomb was the core argument the Trump administration has used to criticize the nuclear deal. According to frequent reports by the IAEA, Iran has fully complied with the JCPOA and there is no proof that confirms the accusations. The question, nevertheless, is why politicians and pundits in the West, often cynically, are seeking to find reasons to prove that Iran has some cogent incentives to make the bomb, instead of asking question why Iran does not want a nuclear bomb.

In spite of Ayatollah Khamenei’s fatwa on the prohibition of nuclear weapons, which is interpreted as an impassable hindrance inside Iran, it should not be a surprise that still many pessimistic observers in the West aren’t convinced about peaceful nature of Iran’s nuclear activities.

One argument is that Iran has strong incentives to possess nuclear weapons because by possessing nukes, the country can be assured of having a towering bulwark against its enemies. The US and Israel, two of Iran’s enemies, are nuclear powers and in an outright military war with Iran; they have a decisive upper hand against the Islamic Republic. Therefore, if Iran is a rational actor, it should think about having nuclear weapons as a balancing component in the military realm. In the same way, possessing nukes would heighten the cost of pursuing a regime change policy for the US and its allies, and there will remain no way but peaceful coexistence with an atomic Iran.

The second argument is related to the balance of conventional military power in the Middle East. Iran’s main rivals all have a much higher military budget than Iran or simultaneously play host to the US military bases. So, it is not imaginable Iran could win a war if they decide to accumulate power and act collectively.

Furthermore, Iran under sanctions cannot freely buy the needed military equipment. Having the nuclear weapons could compensate the shortcomings in conventional forces.

Other arguments rely on some propositions which consider Iran as an aggressive player with malign intentions to intimidate smaller states, annihilate Israel, consolidate power in domestic politics, etc. All those arguments are wrong. There are strong strategic arguments in the opposite direction which explain why Iran doesn’t want nuclear weapons.

To begin with, Israel and the United States are potential enemies for Iran but they are not yet an existential threat. Iran has well-equipped allies with high proficiency in asymmetric warfare across the region. This has given an extraordinary self-confidence to Iranian military commanders who strongly believe these strategic assets are not less effective than the nuclear deterrence. Historical records show this assessment is not irrelevant. The past wars in Lebanon, Syria, Yemen, Iraq and Afghanistan, to various degrees, were the battlefields of Iran and the US but in all of them, the US and its allies lost or at least failed to win. Israel is not safe and invulnerable to Iran’s ballistic missiles. The conventional deterrence works against Israel.

Plus, Iran under the most severe inspection ever seen, cannot have a clandestine nuclear program with military dimensions. If so, it would expose itself to bear the huge costs which include international sanctions or even preemptive attacks. In this case, after Iran’s retaliation, falling into an outright war would be inevitable and this is not desirable for Iran.

After all, if Iran possesses nuclear weapons, an arms race in the Middle East would be inevitable, and under such circumstances, Iran would not feel safe more than now. Saudi Crown Prince Mohammed bin Salman has already warned, “Without a doubt if Iran developed a nuclear bomb, we will follow suit as soon as possible.” On the Iranian perspective, Saudi Arabia’s apparent stability is misleading and no one can bet on its continuity. Iran cannot be assured who will rule over this fragile country in the future and should be worried about less rational rulers taking power and pursuing an antagonistic policy towards Iran.

Iran knows world powers plus Israel won’t tolerate Arab countries get close to a nuclear bomb and break up the current monopoly of nuclear weapons in the region. Israel with the US support struck the Iraqi nuclear reactor on 7 June 1981 and did it once again against an alleged Syrian nuclear site in Deir ez-Zor region in 2007. There is no reason that Israel would hesitate to do the same against another Arab country which is decided to join the nuclear club.

One might argue that such a limited war between Iran’s potential rivals is not so bad. Iran can stand aside and let its rivals weaken each other. But in fact, if it happens Iran will get involved in an enigma: On the one hand, Iran ideologically is committed to defend the Islamic world against Israeli ambitions. On the other hand, Tehran, in the way of preventing its neighbours from acquiring nuclear bombs, prefers passing the buck to other powers. If Saudi Arabia is the case and a preemptive attack would be successful, Iran should be worried about the Israeli upper hand; otherwise, if it fails, Iran should be worried again about an increase in the Saudis’ self-esteem and its geopolitical consequences.

Saudi Arabia has always been a major sponsor of various terrorist groups around the world who extremely have an anti- Shiite fervour. For Iran, it’s unreasonable to rule out the possibility of transferring nuclear materials to those non-state groups. Without precautionary measures including support of non-proliferation regulations, Iran’s vital interests are at risk. For this purpose, Iran should try to undermine the intentions of Arab countries to acquire a nuclear bomb or even its knowhow. Therefore, Iran’s possession of a nuclear bomb is counterproductive, because it will give Arab countries what they want as an excuse to acquire a bomb.

Furthermore, North Korea’s fate is a good instance to display how having nuclear weapons and still being under sanctions could be coincident. That’s true; the nukes provide maximum deterrence in the face of foreign military menace but it doesn’t help a country protect itself from the international sanctions and isolation. Pakistan is another example to indicate that nuclear weapons are not a panacea especially for those who give higher priority to prosperity and development.

For these reasons, with or without the JCPOA, it is very far-fetched that Iran decides to militarize its nuclear program. But there are two exceptions: First, if Iranian leaders come to the conclusion that the country’s survival is threatened by a massive foreign invasion (e.g. by the US or Israel), it may be hard for them to keep distance from the weaponisation of the nuclear program. Second, if Saudi Arabia or anyone else among hostile Arab countries reach or approach nuclear weapons by anyway, Iran will incentivize to do the same way.

Other than this, Iran prefers to remain a nuke-free country. The non-proliferation regime perhaps cannot reckon on good intentions and ethical inclinations by the states, but can count on their strategic calculations in support of the survival. If the nuclear non-proliferation regime is supposed to have a sense, it should rely on eliminating the incentives to get a bomb not just blockading the way of the stimulated nations. Iran doesn’t have convincing strategic intentions to get the bomb and has a tough religious obstacle as well, while thank to the JCPOA, it is also bound by legal commitments.

Despite all of these, the US still is deeply skeptical about its intentions and has decided to double down on sanctioning Iran and in parallel, has helped some Arab countries especially Saudi Arabia to have an equivalent nuclear infrastructure to be able to compete with Iran. At the same time, there is no sign the US wants to hold Israel accountable for its unlawful nuclear arsenal and its negative role in eroding the non-proliferation regime in the Middle East. It’s time the US reconsiders its own misconceptions on Iran’s strategic thinking and about ways to keep efficient the non- proliferation regulations in the Middle East and around the world.