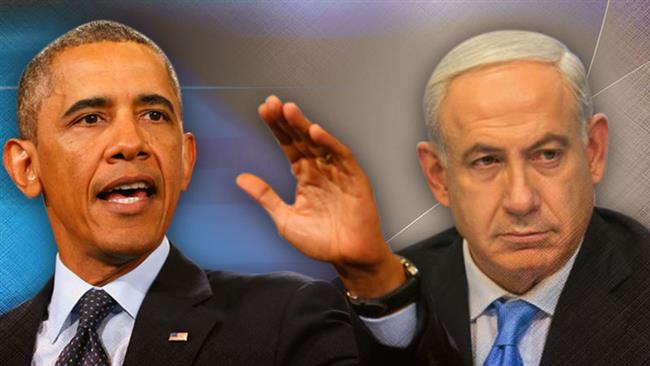 Israel was spying on Iran-P5+1 talks by eavesdropping and getting information from confidential US briefings, informants and diplomatic contacts in Europe, according to the Wall Street Journal.

Top White House officials have revealed that Israel began to spy on the closed-door nuclear negotiations between Iran and P5+1 last year in order to sink an agreement.

Current and former American officials told the Wall Street Journal that the spying operation was part of a campaign by Israeli Prime Minister Benjamin Netanyahu to “penetrate the negotiations and then help build a case against the emerging terms of the deal.”

The newspaper reported on Monday that Israel was spying on the talks by eavesdropping and getting information from confidential US briefings, informants and diplomatic contacts in Europe.

According to the US officials, Israel shared information from the talks with American lawmakers and others to drain support from a nuclear agreement.

“It is one thing for the US and Israel to spy on each other. It is another thing for Israel to steal US secrets and play them back to US legislators to undermine US diplomacy,” an unnamed senior American official was quoted as saying by the Wall Street Journal.

However, Israel denied spying on the negotiation team of the Obama administration directly.

Tel Aviv has been persistent to undermine the talks and prevent a nuclear deal between Tehran and the five permanent members of the UN Security Council – the US, Britain, Russia, China, France – plus Germany (P5+1).

Netanyahu travelled to the United States earlier this month and delivered a warning speech to the US Congress to stop a potential agreement.

On Monday, 367 members of the House of Representatives signed a letter, telling President Barack Obama that any nuclear accord must constrain Iran’s nuclear program for “decades” before Congress will roll back sanctions.

In any agreement, “Congress must be convinced that its terms foreclose any pathway to a bomb, and only then will Congress be able to consider permanent sanctions relief,” according to the letter.

Obama said the re-election of Netanyahu would not affect his support for any possible deal with Iran.

“Our goal is to get this done in a matter of weeks, not months,” Obama said in an interview with the Huffington Post.