What to Do with US Breach of Promise, Iranian Analyst Examines 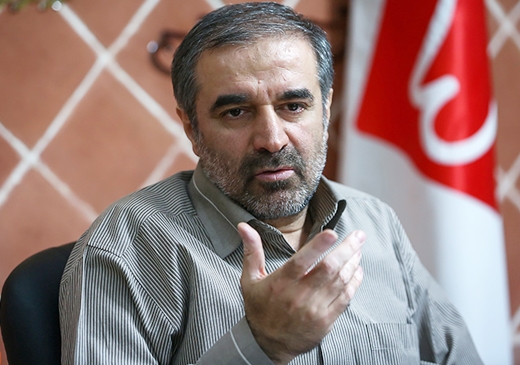 Mohammad Kazem Anbarlouei, a critic of the recent nuclear deal (known as JCPOA) finalized by Tehran and world powers, and a journalist opposed to the Iranian President Hassan Rouhani’s reconciliatory policies towards the West, has lashed out at the government for its inaction in dealing with the US violations of their commitments as per the comprehensive deal.

Here is an excerpt of his remarks in an article published by Tasnim News Agency and translated by Iran Front Page (IFP).

Iran’s Foreign Minister Mohammad Javad Zarif has recently said in an interview that the US government is expected to show its political resolve and implement what it had committed to on the paper.

“We do not expect such a thing from the entire US ruling system, but we expect that from the US government,” Zarif had noted in the interview.

Also the Iranian president told reporters in a recent press conference that the Americans should be more active in the implementation of JCPOA.

“In some cases, Americans have not made enough efforts as expected from them,” Rouhani said at the time.

Their commitments are left on the paper. There is no sign of activities. This is not what critics say, but it is mentioned by the government’s economic officials, tradesmen, and businesspeople. Currently, the highest-ranking officials including the president and the foreign minister are confessing to the Americans’ breaches of their commitments.

The case has been raised in a cabinet meeting and incited arguments among political and economic officials, the content of which has been leaked to some extent.

The government needs to think about what to do.

The first step would be the government’s seriousness in implementing the policies of Resistance Economy.

The second step would be the mechanism of returning to the zero point in nuclear talks, and accepting the fact that the US is our main enemy. It has never spared any effort in hostility towards the Iranian nation, and the JCPOA has not had any influence on decreasing such hostilities.

The third step is that the government should revise the way it talks to its critics. It is not appropriate for a president to insult its sympathetic critics using such expressions as “destructive”, “the extremist minority”, etc.

These words damage the government’s internal policy and the manner of dialog, threaten national unity and Islamic solidarity, because the very people insulted by the president would be the ones in the frontline of a war against the US.

The president should admit that the US, rather than its critics, is the “imperialist”! It is not fair to give away the great scientific and technical achievements of Iranian nuclear scientists, particularly under the governments of former President Mahmoud Ahmadinejad, in return for a number of empty promises on the paper, and then to attack the previous government as well as the critics using insulting words.

The dearest and most honorable young Iranian scientists were killed for these achievements; it is not appropriate to attack the critics, who had repeatedly warned of US violations, instead of shouting at Washington for breaching their promises.

Recent remarks by the US Secretary of State John Kerry about Iran’s missile tests and his emphasis on the continuation of anti-Iran sanctions are extremely dangerous. Currently, the Americans have not only refused to remove the sanctions, but they are also seeking to impose further sanctions on the pretest of human rights and terrorism.

Americans have equipped Saudis and some regional states for new bloodsheds, massacres, beheadings, plunders, burning the people alive, destruction of cities, and displacement of citizens.

Americans are preparing to damage Iran’s internal stability and to support those who incited sedition in 2009 [the perpetrators of street riots and incidents after the 2009 presidential elections in Iran. After President Rouhani took office in 2013, and following the recent parliamentary elections held on February 26, a number of their less well known fellows have once again gotten the chance to be present at the Establishment’s decision-making bodies].

They have become so rude that even a court in the US has ruled that Iran should pay near $11 billion of compensation on the pretext of the country’s involvement in 9/11 incident; this is what was considered as a silly political joke. Now, would the US with such silly moves interested in implementing the JCPOA?!

Speaking in a conference to commemorate Iranian martyrs, where the harshest attacks should be mounted against the enemies of the Establishment, the Revolution, and Islam, the honorable president not only did not attack them, particularly the US, but also targets the critics and says, “Unfortunately, some newspapers are letters of swearing; before opening the paper, one should be afraid and concerned whether any curse is muttered or any accusation is raised against oneself; this is Islam! This is the Muslim community!”

Without making reference to the offensive newspapers and those targeted, President Rouhani accuses the Revolutionary camp of false charges, saying, “The Revolution was for ethics, national unity, politeness, and good manner; if we claim to be revolutionaries, it means we are obedient to God and people are immune from our hand and language.”

Are all these words in line with national unity, politeness, and good manner? People of insight know that such remarks are aimed at exaggerating what does not exist, and at the same time underestimating the enemy, and ignoring the West’s political, cultural, and economic threats.

Such remarks are made by the president to evade answering a key question, “What should we do with the Americans’ breach of promise?”