West’s lack of seriousness against ISIL root cause of migrant crisis: Iran’s Shamkhani 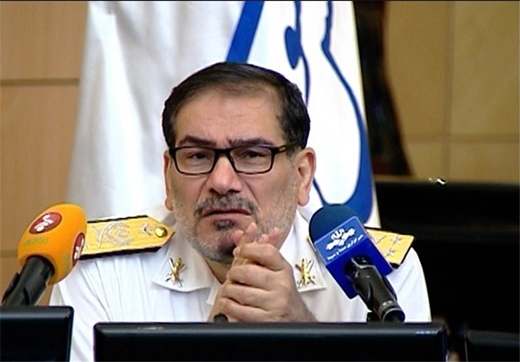 Suspicious efforts are underway to exploit the acts of terrorism by ISIL in order to keep insecurity, instability and crisis in place across the Middle East, Shamkhani said.

Secretary of the Supreme National Security Council (SNSC) Ali Shamkhani blamed the present refugee crisis on the “lack of seriousness” of the West’s so-called military coalition in the battle against the ISIL terrorist group.

Shamkhani, in a meeting with Iraq’s parliament speaker in Tehran on Saturday, said “suspicious” attempts are underway to employ the acts of terrorism carried out by ISIL in order to keep “insecurity, instability and crisis” in place across the Middle East.

He said the massive exodus of refugees from Syria and Iraq is the result of the West’s lack of seriousness in fighting the ISIL terrorists via a so-called military coalition.

Shamkhani said a surge in the number of refugees arriving in Europe has let the world public opinion know about the pains that the oppressed people of Syria and Iraq have been suffering.

The top Iranian official also expressed confidence that Iraq will ultimately overcome the terrorist crises and regain the regional place it deserves.

For his part, Iraqi Parliament Speaker Salim al-Jabouri thanked Iran for its continued support for his country’s government and nation.

He also said Baghdad is making efforts to prevent recruitments by the Takfiri terrorist groups.

The Iraqi speaker is visiting Iran to hold talks on a range of issues, such as the national reconciliation plan in Iraq and the fight against Takfiri terrorists in the Arab country.