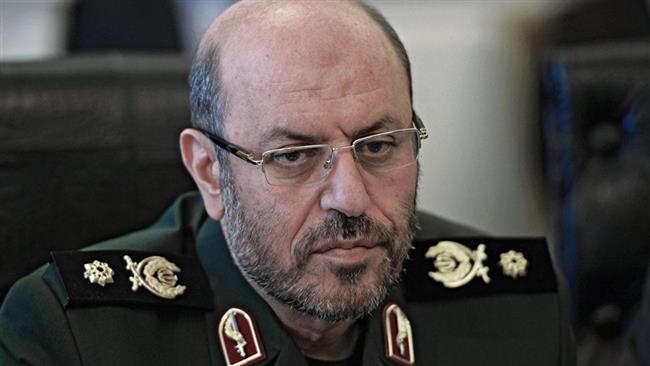 Iranian Defence Minister lashed out at the US for its historical record of military intervention and war crimes in different parts of the world, stressing that the US-made weapons are currently used by radical Wahhabi terrorists in their crimes.

“Today, Takfiri-Wahhabi terrorists are committing crimes in different parts of the world, particularly in Iraq and Syria, with US-made weapons and munitions,” Dehqan said.

He said the American officials had better review the historical record of US military interventions and war crimes committed in Vietnam, Iraq, Somalia, Afghanistan and recently in Syria and Yemen.

The US levels accusations against others to get itself out of the quagmire it has been stuck in, Dehqan noted, rejecting the US allegation that Tehran is sending weapons to Yemen.

Such claims are made as Washington continues to supply arms to terrorists committing crimes in different parts of the world, including in Syria and Iraq, he added, as reported by Press TV.

Dehqan’s remarks came in response to US Defence Secretary James Mattis, who during a visit to Saudi Arabia on Tuesday, accused Iran of supplying missiles to Yemen’s Houthi Ansarullah fighters.

The oppressed Yemeni people have stood up to the Saudi aggression, which has enjoyed full-fledged US support, by reliance on their own power and capabilities and have managed to prevent their foes from achieving their objectives, Dehqan said.

The US defense chief and other senior US strategists should know that the era of launching military aggression, accusing others and interfering in other countries’ affairs has come to an end, the Iranian minister said, adding that the US needed to avoid playing blame games against other countries.

Dehqan said the US officials also needed to address their domestic problems instead of creating new crises and fanning the flames of war in the Middle East and on the Korean Peninsula.

Yemen has been under Saudi Arabia’s military aggression since March 2015. Certain Arab countries, including the United Arab Emirates, Bahrain and Qatar, are partners to the Riyadh’s military aggression, which has reportedly claimed the lives of more than 12,000 people, most of them civilians.