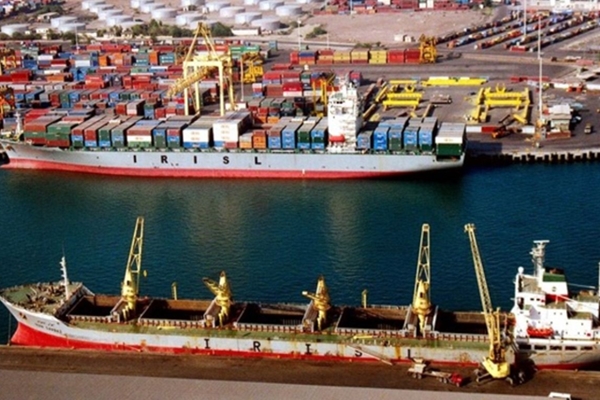 Iran’s First Vice President Es’haq Jahangiri has described a surge in the export of non-oil products as a top priority in the administration’s economic policy, calling on all governmental and private sectors to contribute to the promotion of non-oil exports.

Boosting non-oil exports for supplying the required foreign currency, increasing domestic production, and creating employment is Iran’s top economic priority, Jahangiri said in a meeting of the Headquarters on Coordination of Foreign Economic Relations, held at the Ministry of Foreign Affairs on Monday.

The vice president then called on all governmental, public and private organizations to try to remove the obstacles in the way of non-oil exports in the current Iranian year.

“To get through the difficult and serious conditions at present, we must focus on the removal of obstacles to production and settlement of the economic problems and livelihood of people,” he added.

Jahangiri further pointed to the clear connection between economic development and the foreign policy, noting, “In order to promote and attract investment and to shore up the production units that export their products to the other countries, we require an active economic diplomacy. In this juncture, we must strengthen connections primarily with the neighboring countries, with which we have political, security and economic bonds.”

The vice president further stated that 80 percent of the Iranian exports are destined for the neighboring states and a number of other major countries.

He also touched on a $41 billion target that the Ministry of Industry, Mine and Trade has set for the exports in the current Iranian year, noting that achieving that target would prove that Iran has the necessary capacities to do great jobs.

Calling for efforts to increase the value of exports compared to the previous year, Jahangiri said, “In addition to the neighbors, our economic relations with China, India, and Russia are determining. We have significant and strategic relations with those countries.”

China is the world’s second largest economy, the vice president added, noting, “We must have the courage to defend the enhancement of our country’s strategic relations with Beijing, and the Foreign Ministry can work on this agreement in various fields, from energy to technology.”

“India is also a great country, and it is necessary to focus on economic interaction with it more carefully. The Ministry of Foreign Affairs must have special plans to promote economic ties with the target countries,” the vice president noted.

He further highlighted the role of transportation and transit industry in the generation of currency incomes for Iran, stressing the need to strengthen the infrastructures at the border provinces to help boost the transit of commodities and expand foreign exchanges.

All tools and capacities must be employed for Iran’s economic growth and promotion of exports, Jahangiri stated, describing the Iranian expatriates as a major asset that could participate in the economic affairs and help the country in the current circumstances.