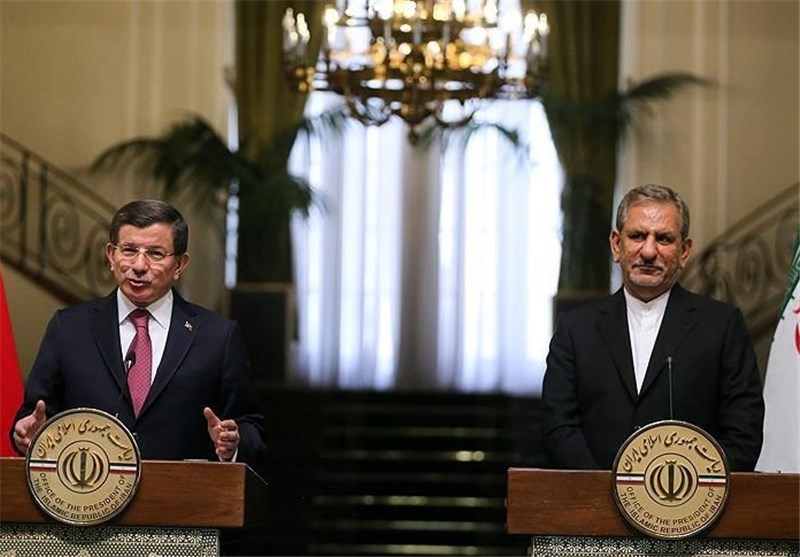 Iranian First Vice-President Eshaq Jahangiri emphasized on Saturday that stronger relations between Tehran and Ankara will greatly contribute to stability in the Middle East.

Speaking at a joint press conference with Turkish Prime Minister Ahmet Davutoglu in Tehran, Jahangiri hailed the “good and influential” political relations between the two neighbors.

“In a situation… that terrorist groups have upset the region’s security and stability, relations between the two countries (Iran and Turkey) can have great influence on achieving stability,” the Iranian official noted.

He also urged the need for bridging differences between the two Muslim neighbors for the sake of regional stability.

“Beside the many commonalities, the two countries may have differing views on some issues, but we can steer the region towards stability by managing the differences,” Jahangiri pointed out.

He then hailed close cooperation between Tehran and Ankara in different fields, particularly since the Justice and Development Party (AKP) took the helm in Turkey.

Experts consider the trip as highly significant as another round of Syria peace negotiations are set to begin in Geneva on March 9, which could offer the neighbors an opportunity to discuss their wildly different views on the five-year-old crisis in Syria.