A visit to Tehran by a former US Congressman 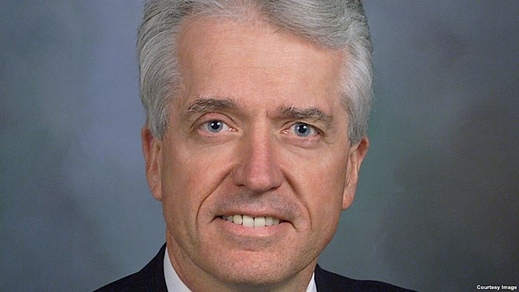 The Iranians are deeply concerned about what effect Congress elections will have on President Obama’s capacity to implement any agreement, said the former US Congressman.

Jim Slattery, a former US Congressman, after his visit to Iran in December said, “Very few members of our administration … have any personal relationships with Iranians. One of the great problems we have to overcome right now is ignorance.” What comes below is a report that Fararu website filed on his comments on February 10:

“The Iranians are deeply concerned about respect – the one thing they yearn for is respect,” Jim Slattery, 66, said in a presentation at the Atlantic Council think tank.

He was told by his hosts in Tehran that it was first invited trip by a US lawmaker since the 1979 Revolution.

The Kansas Democrat, who served in the House of Representatives from 1983 to 1995, attended an international conference in Tehran against violence and extremism. He also met with Iranian officials, including key members of parliament.

Slattery said he believed President Hassan Rouhani and his inner circle were “deeply committed to improving this relationship with the United States. And I believe that if they fail, we are likely to see the return of a much more hardline government in Iran.”

The Iranian officials he met were “all deeply concerned about what effect Congress elections last November will have on President Obama’s capacity to actually implement any agreement” on Iran’s nuclear program.

“They are very troubled by the prospect of … putting their best deal on the table,” only to have US lawmakers reject it.

“This would be a political disaster,” Slattery added. “So they need assurances that if there is a deal that is worked out, they want to be confident that it can actually be approved and implemented by the Obama administration.”

Slattery argued that both Tehran and Washington bore responsibility for obstacles to an international deal.