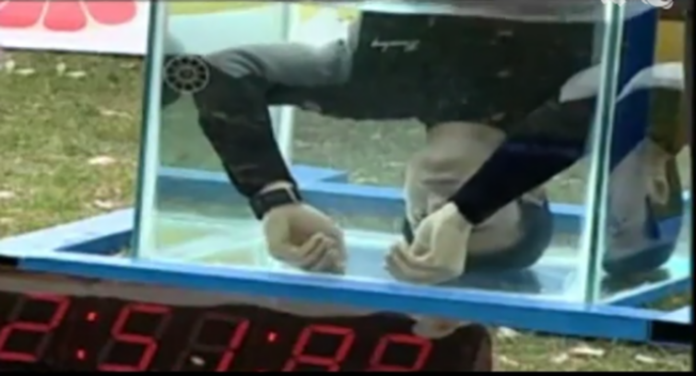 A young Iranian man was trying to break the world record of underwater breath-holding in the middle of a live TV show, but he was not that much successful in doing it.

In a viral video that shocked many Iranian people on Wednesday, a man holds his breath in a live TV show in an attempt to break the Guinness World Record, which is somewhere around 24 minutes.

However, after more than two minutes, he has a seizure, which convinces the host to take him out of the water.

The interesting point about him is that he later appeared on the same show and criticized the host for taking him out.

“I was just concentrating. I had enough exercises to break my previous records,” he told Ali Ziya, the host.

Even the show’s producer later said in an interview that he knew the man was concentrating, and the seizure was normal.

Here is the video: