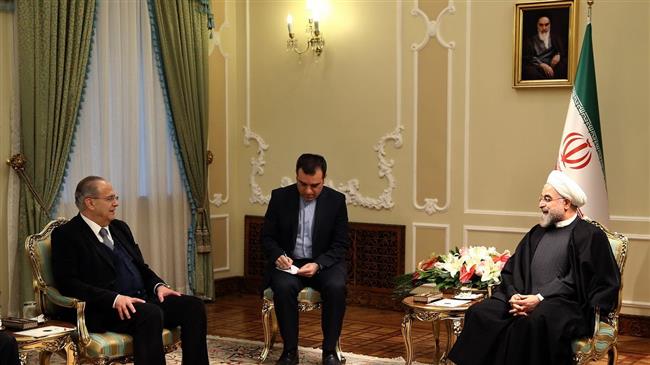 Iran’s President Hassan Rouhani says violence and brutality are condemned in any country and against any nation regardless of race and religion.

“For us, the massacre of the Iraqi, Pakistani, Afghan, Lebanese and Syrian people is as condemnable as any act of terror in Paris, London, Berlin or Washington,” Rouhani said in a meeting with Cypriot Foreign Minister Ioannis Kasoulides in Tehran on Sunday.

He pointed to the ongoing developments in the Middle East and the Mediterranean region, calling on regional states to strengthen cooperation, particularly in the fight against extremism, terrorism and violence.

The Iranian president stated that bolstering cooperation would prevent the spread of violence and extremism among countries in the Middle East and the Mediterranean region.

He further stressed the importance of improving Tehran-Nicosia relations in different political, economic and cultural sectors given the two sides’ great potential, saying that increased cooperation serves the interests of both nations.

Rouhani added that Iran seeks to bolster close cooperation with the European Union and noted that Cyprus, as a member of the 28-nation bloc, can play a more effective role in this regard.

The Cypriot foreign minister, for his part, said his country seeks to use all its potential to enhance economic cooperation with Tehran, adding that the severe 2013 economic recession in Cyprus can be traced to the illegal US-led sanctions against Iran.

Kasoulides said the EU has made certain changes to its policies on the fight against terrorism and added that the bloc seeks a peaceful solution to the ongoing crisis in Syria and appreciates Iran’s role in establishing peace and stability in the region.

Double standards in fight against terror must end