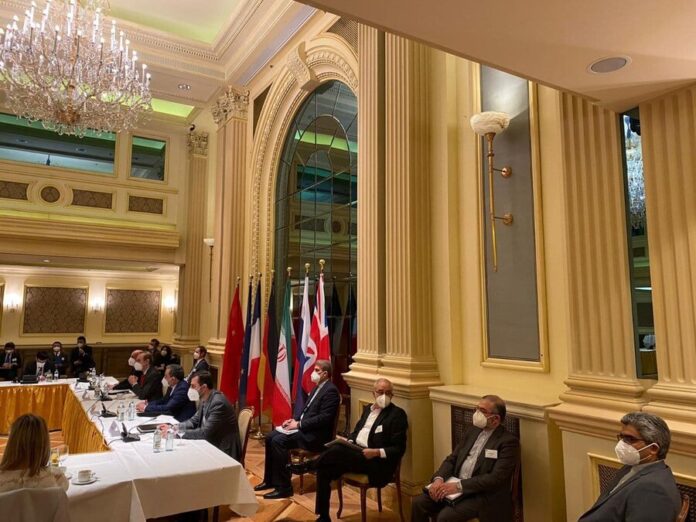 Negotiating teams from Iran and the P4+1 are to move forward with their discussions in different formats and at different levels in the Austrian capital, Vienna, on April 18, 2021.

Expert-level working groups will continue their talks in two domains of “lifting of sanctions” and “nuclear issues.”

On Saturday, April 17, the joint commission of the 2015 nuclear deal, officially known as the Joint Comprehensive Plan of Action (JCPOA), held a plenary meeting.

Moreover, bilateral and multilateral meetings were held separately between Iran’s negotiating team and members of the P4+1.

Also, the heads of the three European delegations sat down for talks with Araqchi.

As in previous days, expert groups held meetings in the two domains of sanctions and nuclear issues.

In the commission’s meeting on April 17, delegates received and reviewed reports by the working groups.

It was also decided that bilateral and multilateral talks as well as technical consultations continue in the upcoming days, and that the commission meet again should the need arise