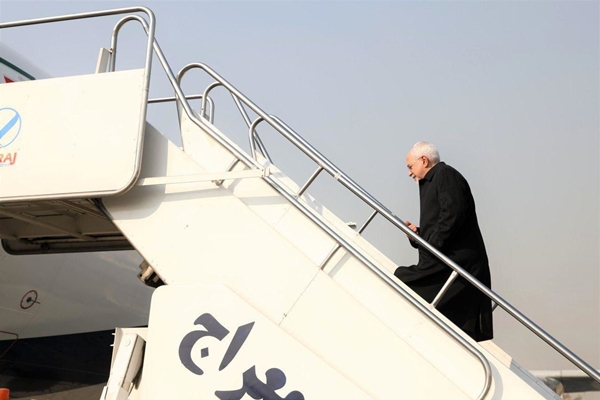 The Iranian foreign minister says the United States has not yet issued a visa to him for a trip to that country to attend the meetings due to be held in New York on the sidelines of the UN General Assembly.

Speaking to reporters on Thursday, Mohammad Javad Zarif noted he plans to travel to the US to attend a meeting of the United Nations Economic and Social Council and also meet members of media think tanks, but the US has yet to give him a visa.

Zarif noted he would leave the US for the Venezuelan capital of Caracas where he would attend a meeting of the Non-Aligned Movement (NAM).

He said he would visit two other Latin American countries as well.

The United States announced recently that it had slapped sanctions on Zarif, but later it was reported that Trump has temporarily suspended the ban after a phone conversation with French President Emmanuel Macron.

No Talks with ‘Terrorists’

Zarif further said the Islamic Republic of Iran had never left the negotiating table, but it won’t hold bilateral talks with the US as long as it’s hitting Iran with its economic terrorism.

“Iran attended joint commissions on the Iran nuclear deal until March 2018 and was involved in the negotiations. They themselves decided to leave the negotiating table. Now, they are claiming, in a deceptive move, that they are ready for talks,” he said.

Zarif also referred to the so called “freeze for freeze” plan that media say was put forward by French President Macron during his envoy’s recent trip to Tehran, based on which Iran would freeze its nuclear measures and the US also freeze its sanctions.

“He was told that as long the US is engaged in an economic war against Iran, they should not expect Iran to stop its measures,” the foreign minister added.

“Either Europe should take the necessary actions, or the US should stop its economic war against the Iranian people,” he said