US Will Beg to Return to JCPOA if I Become President: Iranian Candidate 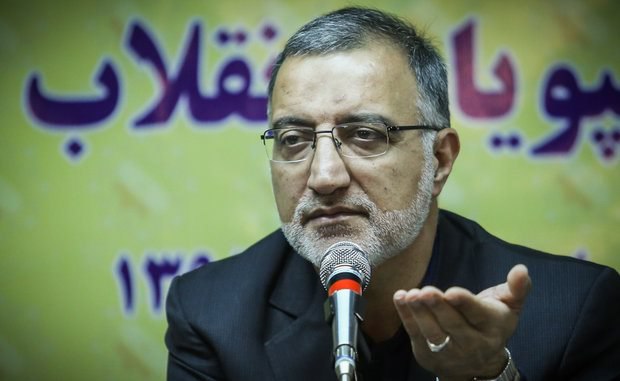 An Iranian presidential contender says if he is elected president, the Americans will beg to rejoin the 2015 nuclear deal known as the Joint Comprehensive Plan of Action (JCPOA).

Alireza Zakani said Washington will also have to remove sanctions because the United States needs to return to the JCPOA.

“Washington needs to rejoin the JCPOA because all of US policies vis-à-vis Iran have failed,” he said.

Zakani underlined one of the reasons the US would like to return to the nuclear deal is that it wants to use the so-called “trigger mechanism” and “target the base of our existence.”

“The US wants to put the noose around our neck. Trump chose the same path, but openly announced that the policy of putting ‘maximum pressure’ on Iranians had failed,” he added.

The presidential candidate added Iran cannot be put under sanctions.

“The imposition of sanctions is a crime and brutal tyranny against the Iranian nation. We should break the sanctions in whatever way we can. The US will not renounce this strategic weapon,” he said.

Zakani reiterated that if the US wants to return to the JCPOA, it should first remove all sanctions.

“Then we will verify the lifting of sanctions. Afterwards, they can rejoin the JCPOA,” he explained.