US Trying to Mislead ICJ on Iran’s Lawsuit: Official 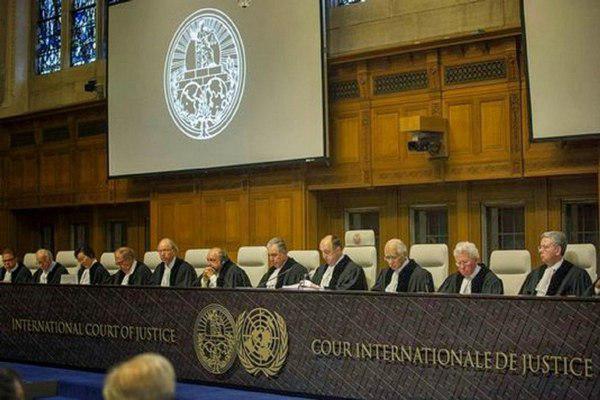 Iran’s Deputy Foreign Minister for Political Affairs Seyyed Abbas Araqchi says the US has given non-technical and non-relevant answers to The Hague in an attempt to mislead the International Court of Justice (ICJ).

In an interview with IRNA, Araqchi slammed the US lawyer’s remarks in a recent ICJ hearing, saying that instead of responding to the logical and legal arguments of Iranian lawyers, the US attempted to provide non-technical and non-relevant justifications.

Araqchi said the US’ lawyer interrupted the senior officials of Iran, including himself (Araqchi), and provided incorrect translations and interpretations in a bid to mislead the court and evade accountability.

“I stated in my interview that, although the court’s decision was binding as per the international law, the international bodies’ power to force the US into abiding by the decision is very limited. In the past, Washington had openly refused to abide by The Hague’s verdicts on several occasions in spite of the clarity of the lawsuits against the United States,” he added.

“We knew that even if the ICJ issues a fair ruling and confirms that Iran’s rights have been violated by the US sanctions, the United States will not possibly accept it in any case. However, we decided to take our case to the court in order to prove Iran’s rightfulness.”

The breath-taking controversy of Iranian-American legal teams ended at the International Court of Justice on Thursday, and it will be clear in the coming weeks which side will win the case.

The first hearing session on Iran’s complaint against the re-imposition of unilateral sanctions by the United States was held on August 27 in The Hague, Netherlands, and at the Peace Palace of the International Court of Justice.

He also noted that the Islamic Republic of Iran has filed a lawsuit against the US at The Hague on this basis.

The International Court of Justice has 15 qualified judges, elected by the General Assembly of the United Nations and the Security Council for a period of nine years.

Iran’s ambassador to the Netherlands, Alireza Jahangiri, had previously stated that if the vote would be in favour of the Islamic Republic, the UN Security Council must implement it and could enforce it on Washington. But even if the verdict is vetoed by the United States at the Security Council, it can still put great pressure on Washington.

The 1955 treaty was signed between Tehran and Washington before the 1979 Islamic Revolution.

It consists of an introduction and twenty-three articles calling for friendly ties while encouraging bilateral trade, investments, and regulating consular relations. The treaty was signed in Tehran just a week before the second anniversary of the 1953 Coup. The treaty came into force in June 1957. Ever since, it has been considered as the legal framework for bilateral ties between Tehran and Washington.