US Suffered Another Failure at Mockery of IAEA Meeting: Iran 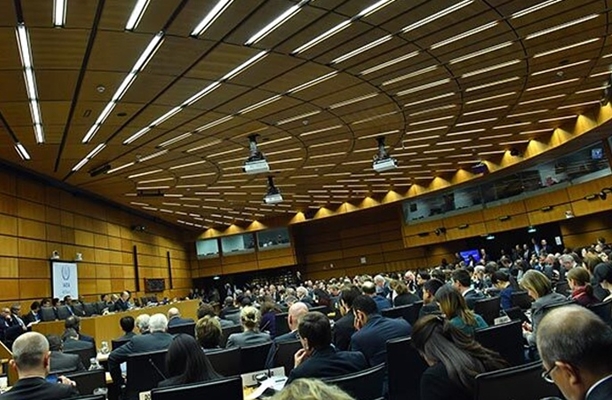 Iran has described the extraordinary meeting of the Board of Governors of the International Atomic Energy Agency (IAEA) as another defeat for the United States.

“Another failure for the US at the mockery of the IAEA’s Board of Governors [meeting],” he wrote on his Twitter page.

“The US was isolated once again at its own hands,” Mousavi added.

He said the legal strength of the Iran nuclear deal as well as Tehran’s active diplomacy and rich political and ethical record leaves no pretext for all those “wise guys” who breach their commitments.

The IAEA meeting was held a few days after Iran boosted the level of its uranium enrichment to 4.5%. The move was part of Iran’s May 8 decision to reduce its commitments under the nuclear deal.

“We have been informed that the Americans were seeking to have some formal outcome of this meeting, something like a resolution […] but because they haven’t been in a position to convince the others to have their support for their claim, regarding consideration of Iran’s ceasing of its implementation of the JCPOA, there has been no conclusion,” says Iran’s ambassador to the IAEA Kazem Gharib-Abadi.

“The majority of the members of the Board supported the JCPOA, multilateralism and deplored unilateral actions of the US,” he told Press TV.

The Iranian envoy earlier told the IAEA’s special meeting that “the sadistic tendency of the United States to use illegal, unilateral sanctions as an instrument to coerce sovereign states and private entities should come to an end.”