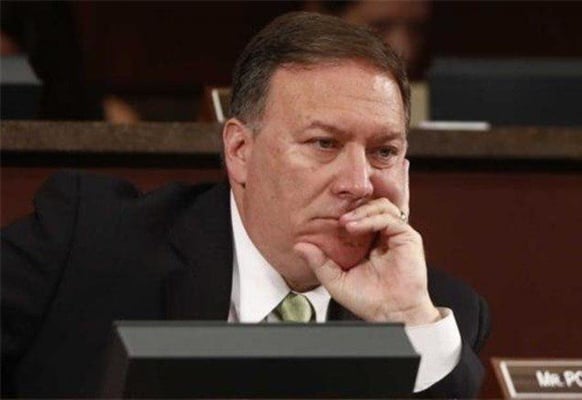 “I would like to extend an invitation to @SecPompeo, to attend [a] televised interview, as we invited @JZarif for a similar interview a few weeks back,” Rashidpour tweeted on Tuesday.

I would like to extend an invitation to @SecPompeo, to attend the televised interview, as we invited @JZarif, for a similar interview a few weeks back.

The message came following a tweet by Alireza Miryousefi, the head of the press office at Iran’s Mission to United Nations in New York, asking Pompeo to give an interview to Iranian media.

Miryousefi was responding to a tweet by Brian Hook, the head of the newly-created Iran Action Group at US State Department, saying that Iran’s Foreign Minister Mohammad Javad Zarif is freely interviewing American media to express his opinion, while Iranians do not enjoy the same media freedom in Iran.

“Iran’s Foreign Minister @JZarif enjoys making the rounds on American media, where he can express his opinion freely. This “moderate” denies his own people the same freedom and his government routinely jails reporters,” Hook claimed.

Zarif, who is currently in New York to attend the UN General Assembly, has given a series of interviews to the US televisions and print outlets, including CBS News, CNN, New Yorker, etc.

The Iran Action Group is tasked with coordinating the US pressure campaign against Iran after Washington pulled out of the 2015 nuclear deal early May.

The US is reinstating anti-Iran sanctions and pushing the world to cut trade with Iran and stop purchasing the country’s oil before November, when further sanctions on oil and transactions with the central bank of Iran will be restored.

Speaking to CBS News’ Face the Nation, Zarif said US President Donald Trump’s threat of sanctions against European countries continuing to do business in Iran is “unprecedented,” comparing his behaviour to that of a “bully.”