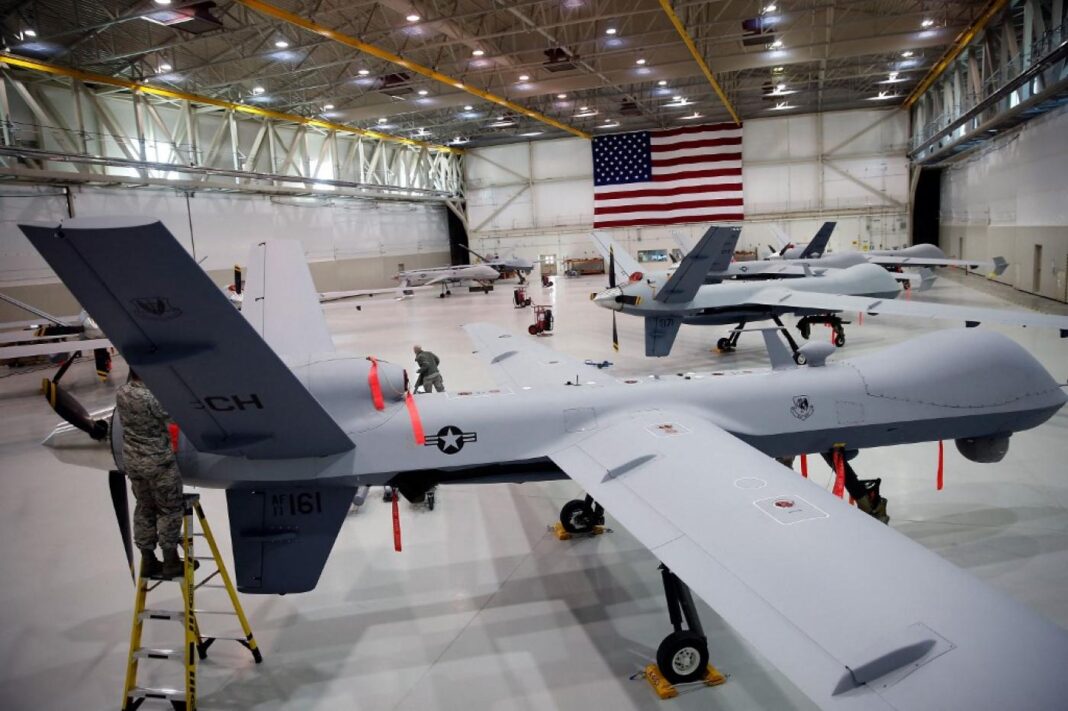 The US Navy announced Thursday it has launched a new task force in the Persian Gulf incorporating drones and artificial intelligence, adding the force will rely on regional and coalition partnerships.

“The bottom line on why we’re doing this is so that we can develop and integrate unmanned systems and AI as a means to do two things,” said Vice Adm. Brad Cooper, commander of NAVCENT, US 5th Fleet and Combined Maritime Forces.

“One, enhance our maritime domain awareness, and two, increase deterrence,” he added.

Arch enemies Iran and Israel have exchanged accusations over responsibility for attacks targeting maritime vessels linked to each country in the waters of the Gulf since February.

Western countries claimed Iran was behind the drone attack on Israeli-linked MT Mercer Street tanker off Oman’s coast which killed two people on board. Tehran denies the allegations.

The maritime attacks come at a time when the nuclear talks between Iran and the US are stalled.

The US fifth fleet’s area of operations encompasses approximately 2.5 million square miles of water area and includes the Gulf, Gulf of Oman, Red Sea and parts of the Indian Ocean.

The Fifth Fleet is based Bahrain.