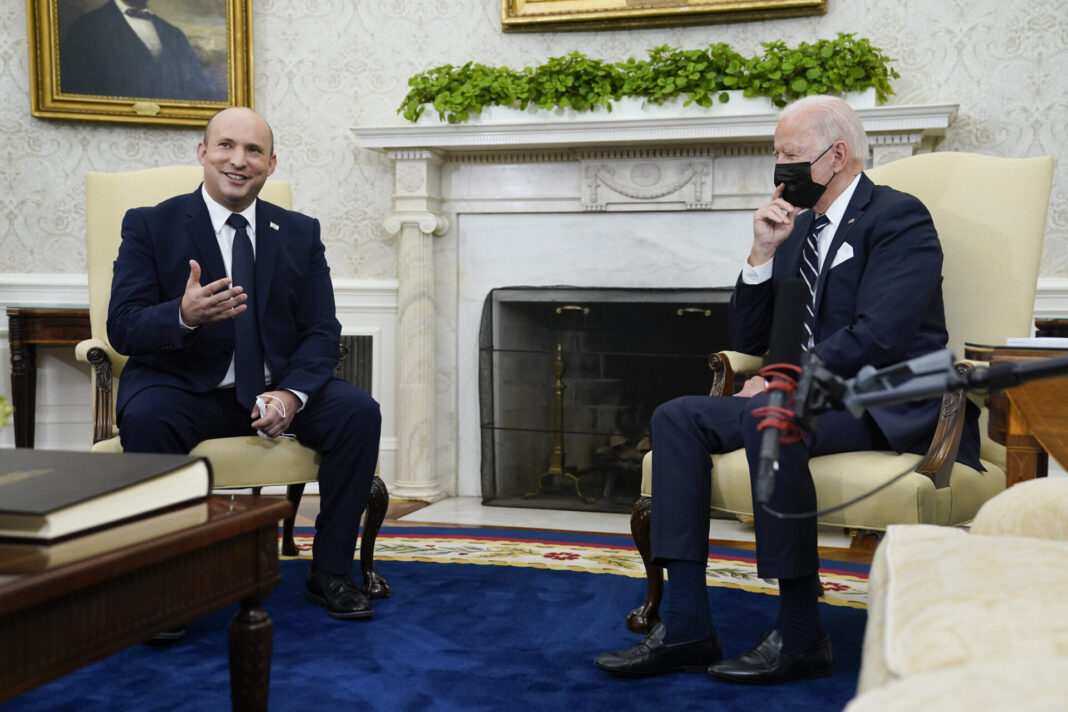 Washington has briefed Israel before, during and after different rounds of negotiations in Vienna about Iran's nuclear deal, State Department spokesman Ned Price says.

He added that the US and Israel “see eye to eye” with regard to Iran’s nuclear program.

“We have had extensive and deep consultations with our Israeli partners. This has happened at every single level just about – the president with the prime minister, with the past – with the previous prime minister as well; Secretary [of State Antony] Blinken with his counterparts, now plural; and [Special Representative for Iran] Rob Malley and his team have engaged their Israeli counterparts as well,” Price stated at a press briefing on Wednesday.

“As talks were ongoing in Vienna, we briefed the Israelis before, after, and in some cases during each round to ensure we were conducting this diplomacy with transparency,” he continued.

According to Price, there is no doubt that the US sees eye to eye with Israel at a strategic level, claiming that both sides want to prevent Iran from acquiring nuclear weapons, which Tehran has repeatedly denied throughout the years, and at the same time, has pushed for an end to the development and testing of nuclear weapons.

He made the remarks when asked to comment on a recent apparent shift in Israel’s stance on the multilateral attempts to restore the nuclear deal, officially called the Joint Comprehensive Plan of Action (JCPOA).

In an interview with Foreign Policy published on Tuesday, Israeli minister for military affairs Benny Gantz hailed “the current US approach of putting the Iran nuclear program back in a box. I’d accept that”.

Voicing skepticism about the prospects of the Vienna talks, he said Israel would want to see a “viable US-led plan B” that includes broad economic pressure on Iran in case the talks fail.

“We have to connect China in this too, Asia has to play a role,” Gantz continued, adding, “Israel has no ability to lead a real plan B, we can’t put together an international economic sanctions regime. This has to be led by the US.”

He also touched on the Israeli regime’s “plan C” that would include military action against Iran, threatening, “If push comes to shove, we’ll get there … We’re not America, but we have our capabilities.”

Israeli Prime Minister Naftali Bennet also criticized his predecessor, Benjamin Netanyahu, over his policy against Iran, saying on Tuesday that Israel “inherited a situation in which Iran is at the most advanced point ever in its race to the bomb. … The gap between [Netanyahu’s] rhetoric and speeches and actions is very big”.

Netanyahu cheered former US President Donald Trump’s withdrawal from the JCPOA in 2018 and his so-called maximum pressure campaign against Iran, while publicly clashing with both Barack Obama and Joe Biden over their Iran policies.

Bennett, however, pledged to Biden last month that he will not openly lobby against a US return to the JCPOA.

The Vienna talks began three months after Biden assumed office. Biden had on numerous occasions slammed Trump’s withdrawal from the JCPOA and vowed to rejoin the landmark nuclear deal.

The talks hit a pause in late June after the election of Ebrahim Raeisi as Iran’s president. The Raeisi administration has voiced willingness to resume the talks, but stresses it rejects talks for the sake of talks and under pressure.