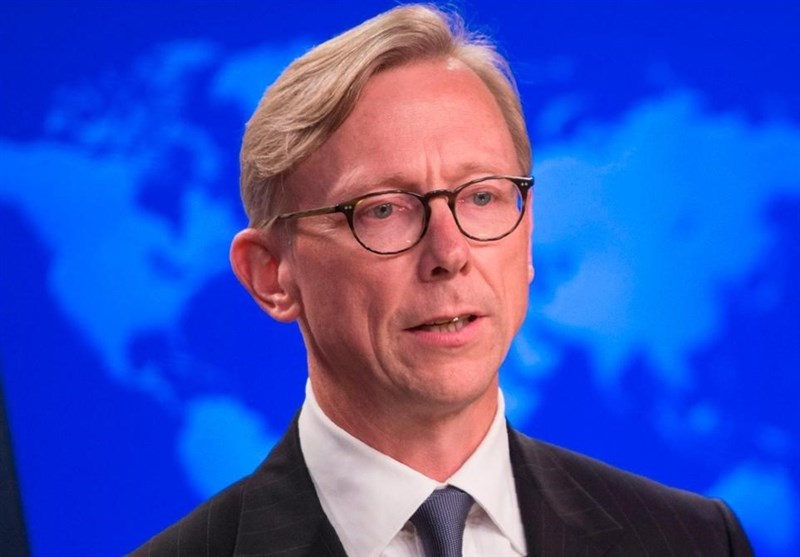 The US special envoy on Iran affairs, Brian Hook, says the United States is ready to lift sanctions on Iran and restore diplomatic relations if the country stops what he calls “its hostilities”.

In an exclusive interview with Qatar’s Al-Jazeera, Hook said that the United States is ready “to lift sanctions on Iran and restore diplomatic relations if it stops its hostilities.”

“Although the Iranian leader, [Ayatollah] Ali Khamenei, has chosen an economic meltdown over dialogue with us, it is possible to reach a better agreement with Tehran,” Hook added.

In May 2018, US President Donald Trump unilaterally pulled his country out of the international deal, in defiance of global criticism, and later re-imposed the sanctions that had been lifted against Tehran as part of the agreement.

In response to the move, Tehran has so far rowed back on its nuclear commitments four times in compliance with Articles 26 and 36, but stressed that its retaliatory measures will be reversible as soon as Europe finds practical ways to shield the mutual trade from the sanctions.

In his interview with Al Jazeera, Hook also pointed to the recent prison exchange between Iran and the United States, and said exchanging prisoners with Iran is a first step to release the rest of our prisoners, Sputnik quoted him as saying.

Iranian stem cell scientist Masoud Soleimani was released after spending over a year in US detention without any formal charges and American graduate student, Xiyue Wang, detained for three years on spying charges in Iran, was freed in return.

Soleimani, 49, left Iran on sabbatical back in October last year, but was arrested upon arrival in Chicago and transferred to prison in Atlanta, Georgia, for unspecified reasons.

Prosecutors in Atlanta had accused him and two of his former students of conspiring and attempting to export vials of human growth hormone from the US to Iran without authorization, in violation of US sanctions.