US Sanctions Not to Impede Iran’s Progress: DM 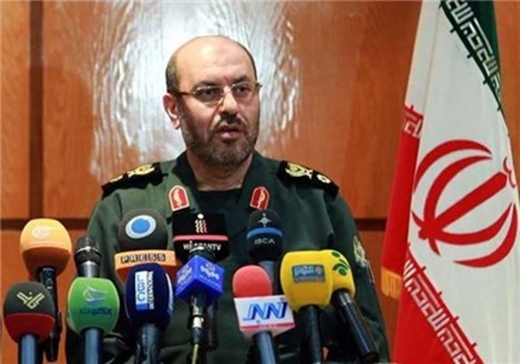 Iran’s defence minister says the restrictions imposed by the US will not put the brakes on the Iranian nation’s ongoing progress as the country has been under sanctions for the past four decades.

“The US, under any circumstances, seeks to impose restrictions and exert pressure on Iran, and the US sanctions against Iran are nothing new because we have been facing this situation since the victory of the Islamic Revolution [in 1979],” said the defence minister.

He said Iran’s defence achievements are the result of efforts made by local experts during the time the country was under sanctions.

He stressed that it is not possible to put the brakes on a nation’s progress and prevent the realization of its ideals.

“The US seeks to slap restrictions on Iran,” but to no avail, he said.

The defence minister added the Iranian nation is not worried about Washington’s sanctions because the Islamic establishment is so deep-rooted and strong that US moves will not have a serious impact on Tehran’s activities.

He also noted that Iran needn’t pay attention or give in to Washington’s demands, adding Tehran’s missile and defence activities are “crystal clear.”

He also highlighted Iran’s missile capability as well as the country’s missile attack on the positions of ISIS inside Syria.

“The enemies of the Islamic establishment [of Iran] saw that Iran would never succumb to the enemy and would give a crushing response to their threats,” the top general said.