US Resort to Sanctions Jeopardizing Its Own Economy: Zarif 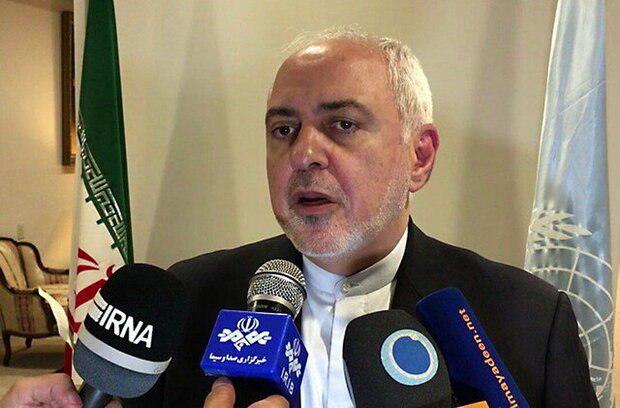 The Iranian foreign minister has slammed the latest US sanctions against Iran’s civilian space industry, saying the United States’ resort to sanctions even jeopardizes its own economic potential.

“These US sanctions have no effect, and the world, too, will gradually begin to make fun of the US, and they have only stopped short of imposing sanctions on themselves as they have already sanctioned everyone else, and every day they take a new measure against a government,” said Zarif in reaction to US sanctions on Iran’s Space Agency.

He said the White House has gone to the extreme in using economic pressure as a lever, so much so that such moves even threaten the United States’ own economic potentialities.

He said economic relations have remained in place between Iran Russian and China, which are two of the remaining JCPOA signatories.

“Unfortunately, the Europeans failed to maintain their economic ties with Iran,” the foreign minister said.

He said Iran has already announced in a letter to European Union Foreign Policy Chief Federica Mogherini as well as in a statement by the Supreme National Security Council that Tehran has adopted the necessary measures under Article 36 of the JCPOA.

“We announced in the very same letters that we would take those measures within a planned timeframe, but at the same time would continue to hold talks,” Zarif noted.

The administration of US President Donald Trump introduced the illegal sanctions Tuesday as Washington continued its campaign of “maximum pressure” against Tehran and, seeking rise in tensions in the region.

The country’s space program and two of its research institutes have been sanctioned, according to hawkish Secretary of State Mike Pompeo.

“The United States will not allow Iran to use its space launch program as cover to advance its ballistic missile programs. Iran’s August 29 attempt to launch a space launch vehicle underscores the urgency of the threat,” claimed the former CIA chief.

He further alleged that “these designations should serve as a warning to the international scientific community that collaborating with Iran’s space program could contribute to Tehran’s ability to develop a nuclear weapon delivery system.”

Washington claims that the measure is aimed at preventing Iran from nuclear weapons.

Tehran has maintained that its nuclear and space programs are merely peaceful.