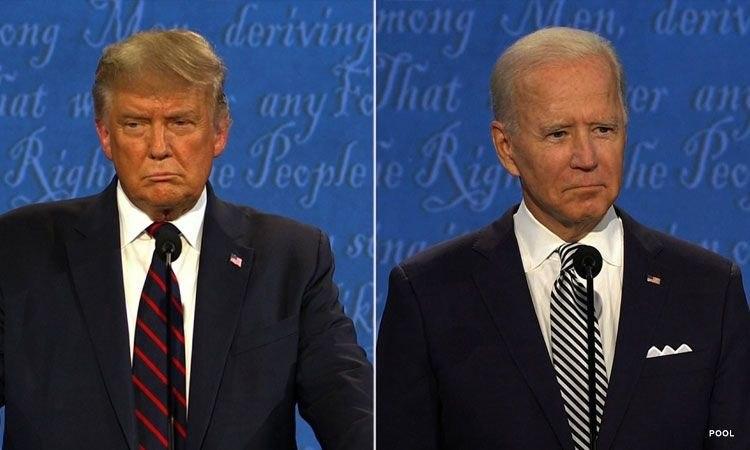 The Iranian president says the first US presidential debate between Donald Trump and Joe Biden indicated that US officials themselves are really in a bind.

Speaking in a weekly cabinet session on Wednesday, President Hassan Rouhani said US authorities are hatching plots against Iran at a time when they themselves have difficulties.
“The Americans themselves are bogged down in a very difficult situation,” he said.

“If you have seen their debate last night, or if you read about it in media and on the internet today, you’ll realize what situation they are in,” he added.

“On the one hand, they have had the worst management with regards to the coronavirus pandemic, and they are gripped by the worst unemployment rate today,” he said.

“On the other hand, domestic unrest inside the US is worse than before; moreover, they have not made any achievements in the foreign policy arena,” he added.

“It is natural that a country with so many problems wants to spread its difficulties to the world outside the US,” he said.

“Under such circumstances, they are hatching plots against Iran,” he said.

“Today, the US is applying the most hostile, criminal and terrorist policies vis-à-vis the Iranian nation and against 84 million Iranian people,” he noted.

He then urged all to stay united to tackle the existing problems caused by the US pressure.