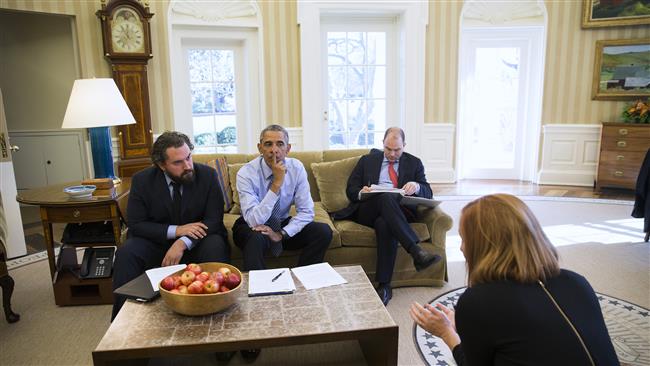 The administration of US President Barack Obama is planning to take measures in its last months in office to “strengthen” a multi-lateral nuclear deal with Iran, amid the probability that an incoming American president and his hawkish possible appointees may act to undermine the international agreement and the US stature as a result, American officials say.

They said they also planned to make a strong argument to the incoming President Donald Trump’s team that the potential abdication of American commitments under the Iran deal would have “grim consequences” for the United States.

The deal, named the Joint Comprehensive Plan of Action (JCPOA), was reached between Iran on the one side and the US, the UK, France, Germany, Russia, and China on the other in July 2015.

During the raucous presidential campaign in the US, the then-nominee Trump exhibited anti-Iran rhetoric, including by saying that he would “tear up” the nuclear deal with Iran if elected.

Although he has not commented on Iran-related issues since winning the US presidential election on November 8, individuals whom Trump has named or whose names are being floated as possible recruits for high-level posts have been adopting a harsh tone about the deal, which took some 23 months to be negotiated between Iran and its international interlocutors, including the administration of President Obama.

The JCPOA received a United Nations Security Council mandate when it was endorsed in Resolution 2231 (2015) under the UN Charter’s Chapter VII. That has effectively turned the deal into international law.

Observers generally agree that if the administration of President-elect Trump, which will take over on January 20, 2017, harmed the deal, it would risk losing close partnership over the issue with the European and other sides to the deal.

The Obama administration officials said that prospect is what worries them.

“Our bet is when they look at this and analyze what the implications would be for tearing up the deal, they won’t do it,” a senior administration official said. “But as for what they’ll actually do? Who knows?”

One US official said that “‘it’s very hard to tear up the deal’ because U.S. allies and partners, including Russia and China, are committed to it.”

Other officials said they did not believe a Trump presidency would scrap the JCPOA altogether. “Their concern is more that it would fall apart due to attempts by the incoming administration to renegotiate pieces of it, expanding sanctions against Iran unrelated to its nuclear program, or neglect,” the report read.

Such concerns found reason to emerge last Wednesday, when the US House of Representatives passed a bill for a 10-year re-authorization of the Iran Sanctions Act (ISA), which had initially been adopted in 1996 on the unfounded grounds that Iran was pursuing a non-civilian nuclear program.

A day later, the House voted to bar the sale of American commercial Boeing airplanes to the Islamic Republic. The measures have to be approved by the Senate and then the US president to turn into law.

President Obama has threatened he would veto the legislation barring the sale of commercial airplanes to Iran if it ends up on his desk. He has been silent on the ISA. Even if they are passed by the Senate, there is a potential that neither of the bills will be in time for him to consider and that the next president, Trump, will have to decide about them.

The Obama administration officials said, however, that the measures meant to buttress the deal are not aimed “at boxing in Mr. Trump.”

Iran has said it is prepared for any possible scenario.