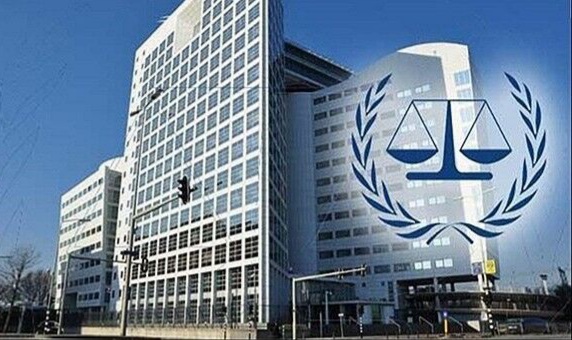 Iran’s representative in the International Court of Justice has rejected what he calls "inadmissible" reasons the US government has given to challenge the ICJ’s jurisdiction to consider a complaint lodged by Tehran against the re-imposition of American sanctions.

In remarks on Wednesday, director of the Iranian Presidency’s Centre for International Legal Affairs and the country’s representative in the International Court of Justice, Hamidreza Olumi Yazdi, said the US has questioned the ICJ’s jurisdiction with the purpose of delaying the legal procedure for hearing Iran’s complaint and the strong evidence for the US violation of the 1955 Treaty of Amity.

The US’ reasons to object to the ICJ’s competence to rule in the case either lack legal basis or are based on groundless allegations against Iran, he added.

Denouncing the “illegal” re-imposition of US sanctions after its withdrawal from the Joint Comprehensive Plan of Action, Olumi Yazdi said the “cruel” sanctions have already targeted all sectors of Iran’s economy, including the oil and gas industries, financial and banking sector, automobile and shipping industries, metal production and construction.

The US sanctions have inflicted widespread financial and non-financial damages on the Iranian people and companies, he deplored.

The Iranian official finally reminded the ICJ president and judges that the international court has now a “historic opportunity” to stand against the US government’s unilateralism and law-breaking, to dismiss Washington’s baseless objection, and begin to hear the case.

The International Court of Justice has begun weeklong sessions on the issue of its jurisdiction to consider the complaint filed by Iran against the re-imposition of US sanctions.

Iran began a legal battle before the International Court of Justice in July 2018, after US President Donald Trump re-imposed harsh unilateral sanctions on Tehran, which were suspended under the international agreement on Iran’s nuclear program.

In May 2018, Trump announced the withdrawal of the United States from the nuclear agreement. Later in October, the US faced its first setback in the highest judicial body of the United Nations after the International Court of Justice ordered the suspension of some of the sanctions that were re-imposed on Iran, including goods used for “humanitarian purposes.”

Washington responded immediately by canceling a friendship agreement signed between the two countries in 1955, which the court had relied on to justify its decision.

Iran had asked the International Court of Justice to suspend the sanctions temporarily until the judges decide on the content of the case, which could take years. The court will consider these sessions within its competence to rule in the case, which Washington strongly opposes, Right Now Times reported.

The International Court of Justice was established after the Second World War and examines disputes between states, but it does not have the binding means to implement its decisions.