US Not to Take Any Action against Iran Tankers Ahead of Nov. Elections: Analyst 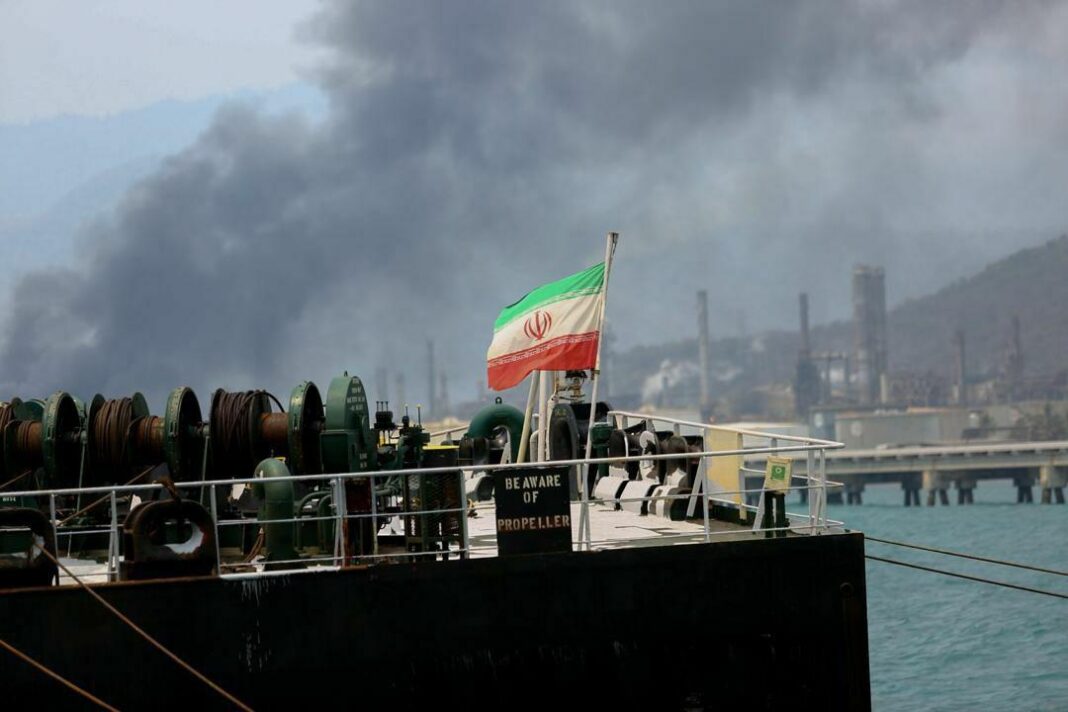 An international affairs expert believes it is unlikely the US would take any direct action against Iranian tankers heading to Venezuela, and will rather continue its policies to accuse the Islamic Republic based on unfounded allegations as the presidential election draws near.

Iran’s former ambassador to Azerbaijan Republic says the tactics the US will use this time will remain at verbal level to save face for the election.

In an interview with Khabar Online, Afshar Soleimani said, however, any move against Iranian tankers by Washington will be in contradiction with international regulations.

Since a few days ago, five Iranian tankers carrying gasoline have been heading to Venezuelan waters, and two of them have reached their destination so far.

This is not the first time Iran has displayed its loyalty to its allies. After helping the countries of the region, including Iraq and Syria, Iran has now taken a strategic decision and rushed to the aid of its gasoline-starved ally Venezuela regardless of ideological affairs.

The Iranian-flagged tankers cross the Atlantic Ocean and US warships to tell the world that Tehran and Caracas will continue to cooperate and trade legally, despite harsh and illegal sanctions. This is an issue that has angered American officials and posed a serious challenge to them. 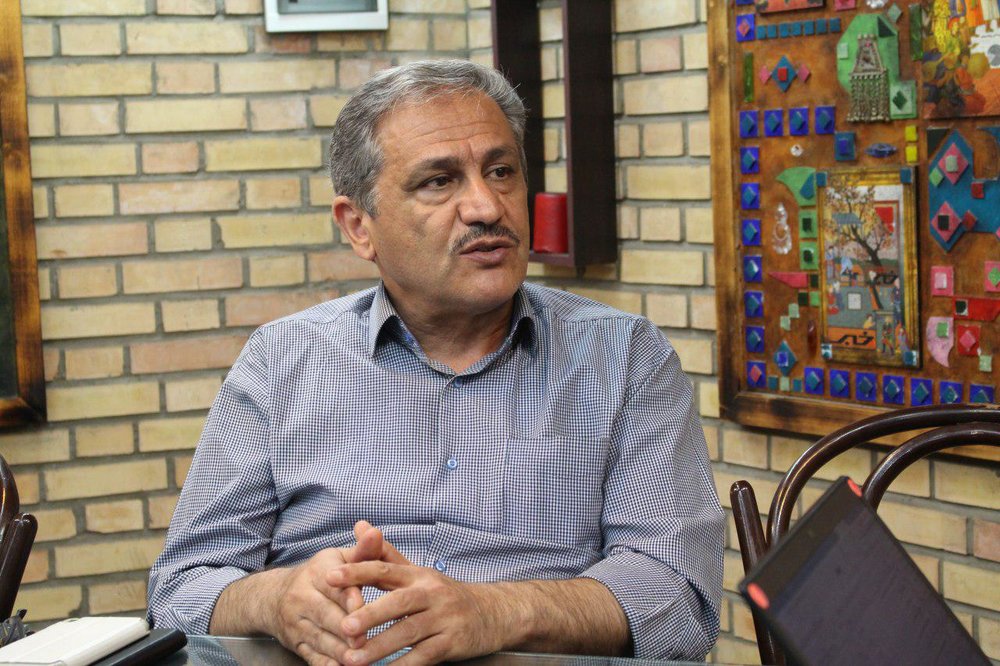 What follows  is Khabar Online’s interview with Afshar Soleimani:

Q: As the Islamic Republic of Iran’s oil tankers move toward Venezuelan waters, will the United States take any action?

A: There are a few things to keep in mind. First, any US action against Iranian tankers is against international law. Iran is no longer subject to UN sanctions, and the United States cannot cite the six resolutions that have been revoked. Tehran and Caracas have both been sanctioned by Washington, but international sanctions should not be taken into account. The only problem was the issue of financial exchanges, which was resolved through barters. Another important point is that these tankers are owned and flagged by the Islamic Republic of Iran, and the United States cannot do anything. One of the steps that could be expected to be taken by Washington in this regard would be to level accusations based on unfounded allegations. For example, the country recently called the Islamic Revolution Guard Corps a terrorist organisation and imposed sanctions. Therefore, it is possible they allege the members of the Quds Force were on these tankers. Of course, this will be a unilateral action by Washington. They may say that in addition to gasoline, weapons were also transported in these tankers. They may use Juan Guido, the leader of the opposition, who is a puppet, and claim that the weapons were supposed to be used to suppress the opposition.

At the same time, US warships have been moving toward Iranian tankers in the Caribbean, and the Venezuelan government has announced it will welcome and escort Iranian tankers. It goes without saying, however, that Venezuela is not powerful enough to react well in the event of a possible conflict.

Q: What are the possible consequences of any wrong action by the United States?

A: The analyses show as the US presidential election approaches, the United States will not take any ill-considered action because it is not worth it. Due to the recent developments, we have witnessed that an Iranian ship was seized in the waters of Gibraltar, and subsequently the Islamic Republic of Iran took reciprocal action and seized the British ship “Stena Impro”. The Americans do not seem to take such a risk. Events in Fujairah, the attack on Aramco, the downing of the US drone Global Hawk, the ill-considered action of the United States against General Qassem Soleimani, and Iran’s decisive response by attacking Ain al-Assad base have all made Washington be aware of the serious consequences of its possible action. Advisers and experts will certainly warn Trump, because in the event of any incident, tensions will increase, especially in the Persian Gulf. That will seriously jeopardise US bases and interests. Especially as the election is approaching and according to the latest polls, Donald Trump has fallen behind his rival, Joe Biden. As a result, any move could endanger Trump’s position, and he will block any action.

Q: Can we say not taking action against Iran is a signal or a green light by Washington to reduce tensions between the two countries?

A: Although verbal tensions between the Islamic Republic of Iran and the United States have recently escalated, the United States has only resorted to accusations and avoided practical action by examining developments such as the assassination of General Soleimani and Iran’s missile attack on Ain al-Assad. Recently, there seems to be a kind of intangible de-escalation between Iran and the United States. As for Iraq, we see the new government has come to power and the cabinet of Mustafa al-Kadhimi has received a vote of confidence from the parliament. In this regard, it seems that Tehran and Washington have had a kind of agreement. Given that some Shiite groups in Iraq opposed Kadhimi’s presence in power, it seems Tehran and Washington have had indirect contacts and cooperation to support him, which in a way reflects the understanding between the two countries.

In Afghanistan, we have recently witnessed the US representative in this country, Zalmai Khalilzad, has held a videoconference with Afghan groups and some countries in the region, to which the Iranian representative attended. This can also be considered as a new green light. Iran supports inter-Afghan talks and is in touch with the Taliban. The same is true of the United States, and there is a consensus. Of course, the issues in Iraq and Afghanistan are not that simple, and the process of solving the problems will take a long time. However, such cooperation between Iran and the United States could lead to other regional cooperation, including in Syria, Lebanon or Yemen.

Another recent development that did not appear to be related to Iran was the withdrawal of US anti-missile systems called Patriot from Saudi Arabia, which could also be seen as a positive step towards de-escalation between Tehran and Washington.

The non-fulfillment of US oil demands in Saudi Arabia was the main reason for the exit of these systems, but overall, Washington has come to the conclusion that it should not interfere so much in regional issues. Considering its position in oil production, the Persian Gulf region is not as important to the United States as it used to be, even with lower energy prices.

Q: How can the issue of tankers shipment become an opportunity to defuse tensions?

A: It can be said that behind the scenes, there is a series of indirect cooperation between Tehran and Washington, and it is likely that the United States does not take action against Iranian tankers. At the same time, the arrival of these tankers in Venezuela could provide another opportunity to continue de-escalation. Given Trump‘s declining popularity, he may defuse tensions with Iran and even give Iran concessions. On the other hand, Iran seeks to secure its own national interests, and Trump or Biden make no difference. Although Democrats and Republicans are tactically different, they are not strategically so different.

Another point to keep in mind is that Iran has sent its tankers to Venezuela in these special circumstances. The ships have traveled over 10,000 kilometres; therefore, it’s not a cost-effective. Therefore, it is more like a symbolic move.  On the other hand, Iran is not supposed to supply gas or gasoline to Venezuela forever. With this move, the Islamic Republic of Iran intended to test the United States more.