Iran Front Page
Home Politics Foreign Policy US Not Honest in Call for Talk with ‘No Preconditions’: Iran 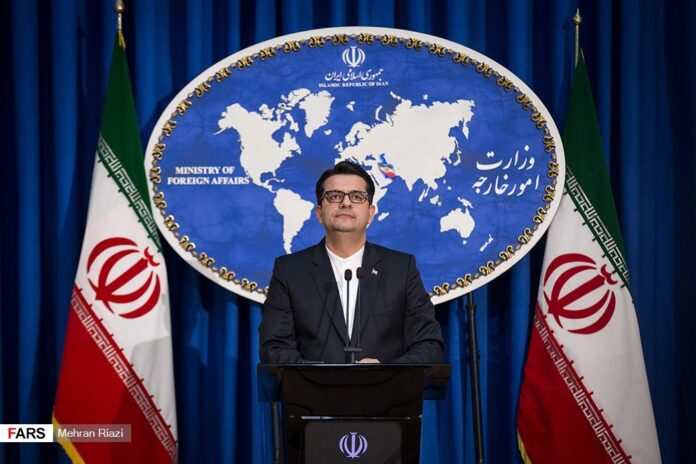 Iranian Foreign Ministry Spokesman Seyyed Abbas Mousavi says the US Secretary of State is not honest when he claims his country is prepared for talks with Iran without any preconditions.

“The Islamic Republic of Iran does not act based on rhetorical phrases and expression of hidden intentions in the form of new words, but based on a change in Washington’s general approach and actual behaviour towards the Iranian nation,” Mousavi said on Sunday.

However, he added, Mr Pompeo’s emphasis on the continuation of the US’ campaign of “maximum pressure” on Iran indicates that Washington is adopting the same wrong approach, which needs to be revised.

Mousavi made the remarks after US Secretary of State Mike Pompoo said Washington is willing to speak with Iran “with no preconditions”, apparently taking back the 12 basic requirements he had earlier set forth as a precondition for talks with Tehran.

“We are prepared to engage in a conversation with no preconditions. We are ready to sit down with them,” Pompeo told a joint news conference in Switzerland with Swiss Foreign Minister Ignazio Cassis.

However, he added, “the American effort to fundamentally reverse the malign activity of this Islamic Republic, this revolutionary force, is going to continue.”

Iran has repeatedly said it would not talk to the US while it is under renewed sanctions.

Last year, after the United States pulled out of the historic nuclear agreement, officially known as the Joint Comprehensive Plan of Action (JCPOA) signed between Iran and major powers in 2015, Pompeo laid out 12 tough conditions for any “new deal” with Tehran.

The conditions included withdrawal of Iran’s military advisors from Syria, who have been helping the country’s legitimate government in its fight against terrorist outfits, which have been mostly aided and abetted by the US and its Western and regional allies.

Pompeo’s Saturday remarks about talks with Iran with “no preconditions” US President Donald Trump, who unilaterally pulled the US out of the JCPOA, has tightened sanctions on Tehran, eliminating waivers that had allowed some countries to buy Iranian oil, with the goal of reducing the country’s crude exports to zero.

The US also designated Iran’s IRGC a “terrorist organisation” in April.

Last month, Washington deployed bombers and warships to the Middle East, citing “credible threats” from Iran. It did not offer evidence for the claim and Tehran dismissed the move as “psychological warfare”.

The B-52 bombers arrived at a US airbase in Qatar, US Central Command (CENTCOM) said, while the carrier USS Abraham Lincoln was sent to the Arabian Sea.