US Not Aware of IRGC Naval Forces’ High Potential: Commander 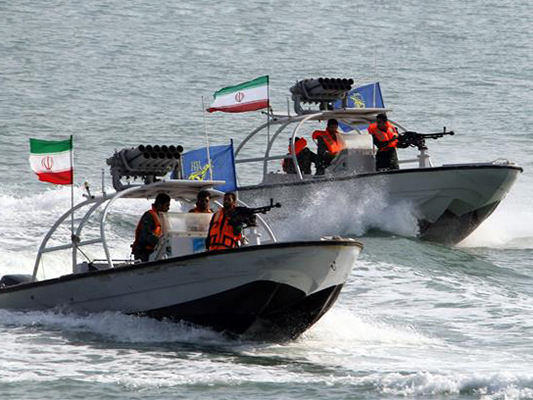 The Islamic Revolution Guards Corps Navy Commander Rear Admiral Ali Fadavi has warned that US officials would realise the potential of IRGC Navy when their warships are drowned in the Persian Gulf.

The IRGC Navy has a great potential in the Persian Gulf, General Fadavi said, adding that the IRGC’s naval forces have been involved in activities to promote the security of the Persian Gulf, and are now at the highest level of readiness.

According to a Farsi report by Tasnim, he noted that at the moment the IRGC is demonstrating capabilities that it has never developed before.

“In the situation that has existed for the IRGC navy against the Great Satan (the US) in the Persian Gulf, we have never been as powerful as today,” he noted, reiterating the great potentialities of his forces.

He went on to say that the US military power is mainly based on its navy, warning that “the Americans need to look at the power of the IRGC navy (carefully), since if they face our navy in the future, the situation will not be like 1987 and 1988. This time they will see a more powerful navy than before.”