US-North Korea Talks Beneficial If They Lead to De-Escalation: Iran 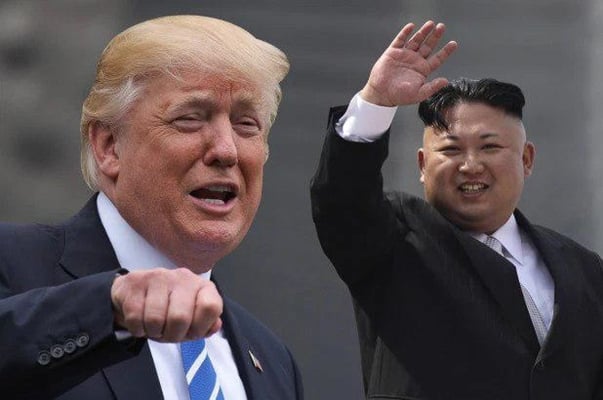 Iranian Foreign Minister Mohammad Javad Zarif says the upcoming talks between the US and North Korea will be fruitful only if they manage to reduce tension in the Korean Peninsula.

The Iranian top diplomat stressed that it remains to be seen how achievable the goal is.

In a Wednesday interview with ISNA, Zarif stressed that though the Islamic Republic of Iran has no confidence in the US anymore, it believes that the talks between Washington and Pyongyang will be helpful if they lead to the reduction of tensions in the region.

The Iranian diplomat said the US has a political plan for North Korea adding to this end, the US has made certain coordination with South Korea.

US President Donald Trump and North Korean Leader Kim Jong-un are expected to hold talks on 12 June in Singapore. The meeting follows a historic visit between the two Korean leaders in April.

The prospect of the meeting, however, has been marred over the past weeks following the verbal disputes between the two sides.

North Korea threatened to pull out of the meeting after comments by US National Security Adviser John Bolton. The country reacted furiously when Bolton suggested it would follow a Libya model of denuclearisation.

North Korea is also angry at current US-South Korea military drills and has halted talks with the South in response.

On Tuesday, US Vice-President Mike Pence warned North Korea’s Kim Jong-un not to play President Donald Trump if they meet next month. He also said there was “no question” that Trump could walk away from the 12 June summit.

South Korean President Moon Jae-in plans to meet Trump in Washington on Tuesday to discuss plans for the summit.