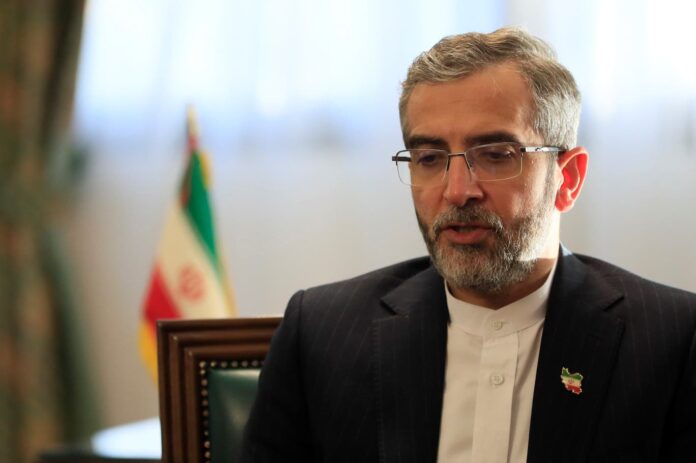 Top Iranian negotiator says Washington must remove all sanctions against Tehran and provide guarantees that future US administrations will not leave the 2015 nuclear deal again.

Deputy Foreign Minister Ali Bagheri, who leads the country’s talks with the nuclear agreement’s signatories, made the remarks in an interview with The Independent on Thursday.

The first talks due to be held by Iran’s new government with international powers over the country’s nuclear programme will fail unless the US agrees to a key set of conditions, Tehran’s chief negotiator has warned.

The US left the historic accord in 2018 under former American President Donald Trump. It then returned the sanctions that the deal had lifted and started to force other countries to abide by the economic restrictions too.

Trump would call the policy Washington’s “maximum pressure” campaign. His successor Joe Biden has voiced a willingness to return the US to the deal, but has refused to take any meaningful measures towards the self-proclaimed intention.

“Regrettably, the failed policy of pursuing the maximum pressure campaign, which began in the Trump administration, remains in the agenda of the Biden administration,” Baqeri said.

“President Biden needs to remove the sanctions in order to relieve himself of what we see as political bewilderment and the pursuit of failed and inhumane policies of the Trump administration,” he added.

The official also noted Iran “demands guarantees from the other party not to exit the deal, not to impose and enforce new sanctions, and not to reinstate and reapply the previous sanctions.”

The expectation is aimed at securing the deal against “political chaos” in the United States, he continued, referring to the possibility that future American administrations could again take Washington out of the deal unless they were stripped of the political machinery to do so.

So far, six rounds of talks have been held in Vienna to examine the possibility of the Biden administration’s standing by its words.

It has, however, stopped short of doing so and even slapped new economic measures against the Islamic Republic.

A seventh round of talks is to go underway in the Austrian capital towards the end of this month.

The Iranian official announced the upcoming negotiations would fail too if Washington refused to both remove the bans and secure the deal that is officially known as the Joint Comprehensive Plan of Action (JCPOA).

The Iranian Foreign Ministry’s spokesman, Saeed Khatibzadeh, meanwhile, wrote a tweet, comparing the measures that Iran had taken in the run-up to the talks and the counterproductive attitude of the US and its European allies in the deal—the UK, France, and Germany.

Iran has vowed that it is seriously willing to negotiate a “good deal” if the Western countries were likewise determined to make the talks work.