US Must Give More Concessions If Seeks Deal beyond JCPOA: Iran 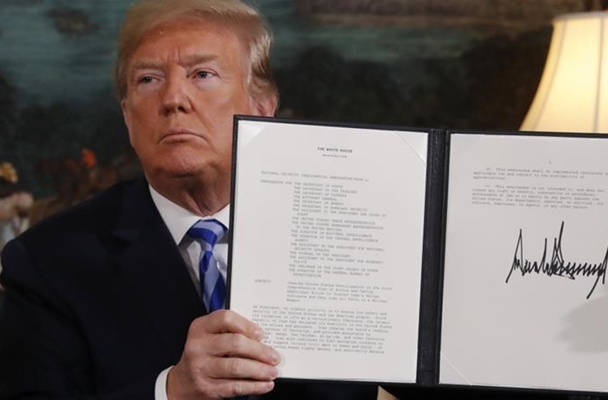 A presidential advisor says if the United States wants something more than the 2015 nuclear deal, it needs to give Iran concessions beyond those of the JCPOA.

President Rouhani’s senior advisor Hessamoddin Ashena said in a Sunday tweet that Trump should give more concessions and also guarantees that the US will remain committed to its obligations.

The Iranian advisor’s comments come as the 2015 nuclear deal had been backed by the UN Security Council Resolution 2231, and had the approval of the P5+1 group of countries – the US, China, Russia, France, Britain, and Germany.

However, Trump withdrew the US from the deal and reinstated nuclear sanctions against Iran.

“Barack Obama used to say if sanctions are stopped a war may happen, and now Donald Trump says either surrender or sanctions, and the war is also waiting for you,” Ashena said.

“Tehran is not seeking war and should not be sanctioned, but war and sanctions are two sides of the same coin,” he added.

He also rejected Washington’s claim that it is ready to hold negotiations without pre-conditions in light of threats and sanctions.

Tensions have heightened between Tehran and Washington following the intrusion of a US stratlinto Iranian territory by a drone. IRGC shot down America’s UAV on Thursday.