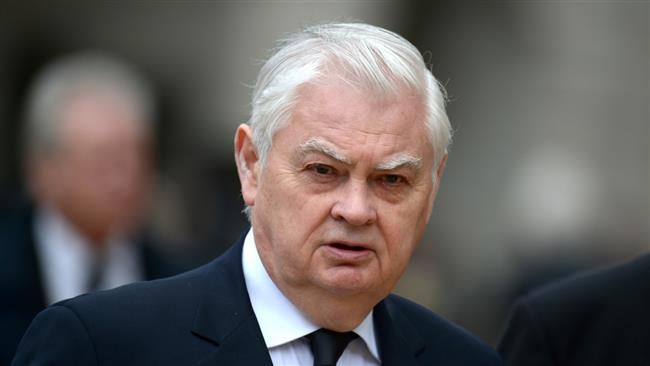 British trade officials say fears from US punitive measures is preventing the country’s businesses to approach the Iranian market.

“A lot of British and American banks have been fined enormous sums of money. Some of them have deferred prosecution agreements, some are still arguing with American regulators so they are very very cautious,” Lord Norman Lamont, UK’s trade envoy to Iran, has been quoted by Iran’s media as saying.

“But I think we are beginning to see signs of some of the smaller banks coming back in and I think it will be like a pebble that starts the bigger stones rolling,” he told IRNA.

Lord Lamont also emphasized that the closure of the British Embassy in Tehran had contributed to a stalemate in trade ties between the two countries.

Lord Lamont has been appointed as the UK’s trade envoy to Iran as part of a wider government attempt to reverse Britain’s underwhelming record of exports, IRNA added.

The appointment of the former chancellor to the new role comes just three months after a series sanctions against Iran were lifted as part of a deal with the P5+1 group of countries – the five permanent members of the Security Council plus Germany – over Iran’s nuclear energy program.

The media reported this past Wednesday that UK’s Business Secretary Sajid Javid plans to visit Iran in May for high-level economic and trade talks.  Javid will head a large delegation that has been described as Britain’s biggest ever trade team travelling abroad.

The trade mission will include executives from across the oil and gas, financial services, infrastructure and engineering sectors, the Financial Times reported.

This came as Mohammad Nahavandian, the chief of staff of President Hassan Rouhani, was visiting London over the past few days to discuss the expansion of Iran-UK trade ties.

Nahavandian, in his meeting with the British Foreign Secretary Philip Hammond, called on UK to help facilitate banking transactions with Iran that are still believed to obstruct trade with the country in face of the removal of the sanctions against the country in January.

In a separate development, British Prime Minister David Cameron on Thursday was reported to have rebuked Barclays for hampering companies trying to export to Iran.

In a strongly worded letter to Jes Staley, the bank’s chief executive, Cameron said that Barclays appeared to be operating “in opposition to the policy of the UK government,” the Time reported.

Barclays is refusing to process customers’ payments from Iranian entities, despite EU and UN sanctions having been lifted, the report added.