US Deploys Forces in KSA to Keep Al Saud in Power: Analyst 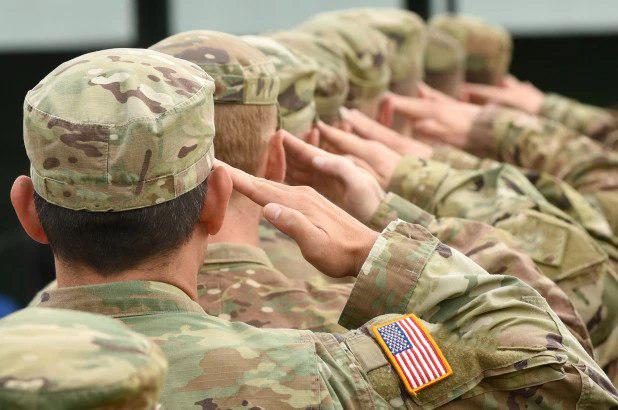 An analyst believes the US forces entering Saudi soil has nothing to do with Iran, and is due to the problems and possible crises gripping Riyadh's domestic policy as Washington wants to keep the ruling elite in Riyadh at the helm.

The US military began to deploy hundreds of troops, jet fighters and missile systems at a military base near Riyadh after the Saudi king gave the green light for the deployment and welcomed American troops on Saudi soil. This comes as tensions in the Persian Gulf have peaked and there is much speculation in that regard. The Saudis regard the US deployment as “boosting mutual cooperation in order to ensure regional security and stability.” The US Central Command also already announced that the deployment comes at the request of Saudi Arabia. The CENTCOM further said the move would give them further deterrence capability and redouble their ability to protect their interests and troops. Meanwhile, reports suggest that a full Patriot system has recently been deployed at the military base as part of the US Air Force movements in Saudi Arabia.

To discuss the issue further, Khabar Online news website has held an interview with Sabah Zanganeh, an expert on Middle East issues and a former Iranian ambassador to the Organization of Islamic Cooperation (OIC). Excerpts from the interview follow.

There is much speculation about the United States’ deployment of troops to Saudi Arabia. What do you think the main objective of this move is?

Most American survey centres have suggested that the reason for this move is a disruption of the political system in Saudi Arabia and the emergence of possible chaos as a result. All this comes amid pressure and the repercussions of the Yemen war as well as differences within the Saudi royal dynasty plus the possible demise of the country’s king, i.e., Kind Salman. Accordingly, US authorities, too, are seeking to monitor developments closely and keep control of the situation. In the meantime, the base that Washington has chosen is located near Riyadh, the political hub of Saudi Arabia.

What is it that has made the Americans worried about Saudi Arabia’s domestic issues?

As we know, several religious figures and princes were imprisoned during the course of domestic political developments in Saudi Arabia. This has triggered protests that could flare up on the future. Accordingly, these developments can touch off dissatisfaction among religious people in Saudi Arabia, which, in turn, can further escalate the situation.

What goal is the US pursuing in Saudi Arabia’s internal issues?

What is important is that uncertainty hangs over the future of Washington-Riyadh relations if the current Saudi rulers do not remain at the helm of affairs. Therefore, Washington seeks to keep the current ruling elite in power, and immediately replace those members of the Saudi dynasty who have died, so that close Saudi-US relations will not be harmed.

So, you don’t believe that the deployment of US troops to Saudi Arabia is somehow aimed at confronting Iran?

The US does not need so many forces in order to confront Iran. The US already has around 100,000 other troops on the ground in regional countries such as Qatar, the United Arab Emirates (UAE), Oman, Kuwait, Iraq, Pakistan, Turkey, etc. Moreover, given that the US also has bases in the region in addition to its troops, it seems the deployment of American forces to Saudi Arabia is due to Riyadh’s internal concerns. The Saudis, too, would like to preserve their dynasty and their rule at any cost.

Saudi Arabia has announced that the deployment of American troops on its soil is aimed at striking a balance in the region as Iran, Russia and Turkey have gained considerable influence in the region, and Turkey has recently taken delivery of S-400 missile systems. To what extent is this proposition justifiable?

The Saudis have always resorted to such justifications, and they have repeated the same justifications this time again in order to somehow justify the presence of foreign forces on their soil. As we know, the Saudi society is generally a religious one, and such a society has been and will remain opposed to the presence of foreign troops in the country. So, bringing up such issues is aimed at deceiving the public opinion.

Given the recent developments in the region such the deployment of US troops to Saudi Arabia and tensions in the Persian Gulf, what do you think the future holds? Will tensions begin to ease, or are we going to witness conflict in the near future?

War in the region will be meaningless without the presence of the United States. This country is on the verge of entering the election season, and any involvement in tensions and conflicts would amount to a setback for US election plans. Furthermore, without the presence of the US, no regional country will have the power or the courage to get involved in a fresh war. On the other hand, it seems political and economic pressure as well psychological warfare will increase.

However, whether or not these things can fill the void caused by a lack of US presence is another thing. We even see that the issue of escorting ships gradually begins to get out of the “coalition” mode and take on an “individual” form. We should look into the reasons behind the United States’ reluctance. Is it due to inability or domestic pressure, or are other considerations involved? At the end of the day, such a situation will make decision-making for other countries more difficult.