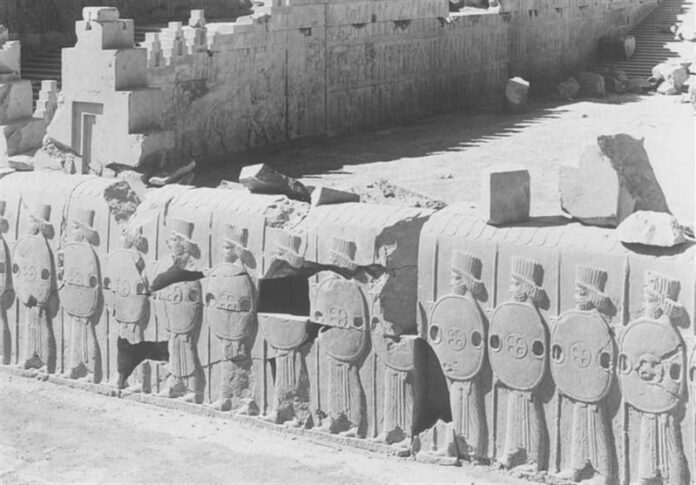 A New York Supreme Court judge ordered a Persian bas-relief dating back to approximately 500 BC to be returned to Iran, the country from which authorities say it was stolen more than 80 years ago.

The bas-relief, which depicts a Persian guard, was seized in October by investigators for the Manhattan district attorney’s office from the Park Avenue Armory, where it was being offered for sale at an art fair, the New York Times reported on Tuesday.

As part of the ensuing negotiations, the two London-based owners of the relief agreed to surrender the item, valued at $1.2 million. Investigators say the item was reported stolen from Tehran in 1936, and then was stolen a second time, in 2011, from the Montreal Museum of Fine Arts, to which it had been donated decades earlier.

In court papers, the district attorney’s office argued that no one can be a good-faith purchaser of a stolen work.

Rupert Wace, a well-known dealer in antiquities in London, and his partner, Sam Fogg, have said they acquired the work legally from the Montreal museum’s insurance company. But after investigators laid out a lengthy and detailed timeline they said showed that the item was in fact stolen, the men signed court papers agreeing to the surrender.

At the time of the seizure, Wace had said in an email, “This work of art has been well known to scholars and has a history that spans almost 70 years.” He had added that he and Fogg were “simply flabbergasted at what has occurred.”

The bas-relief is an eight-inch-square piece of carved limestone that was part of a long line of soldiers depicted on a balustrade at the central building on the Persepolis site. It dates to the Achaemenid dynasty — or the First Persian Empire — and experts said it was made sometime between 510 and 330 BC, when Persepolis was sacked by Alexander the Great.