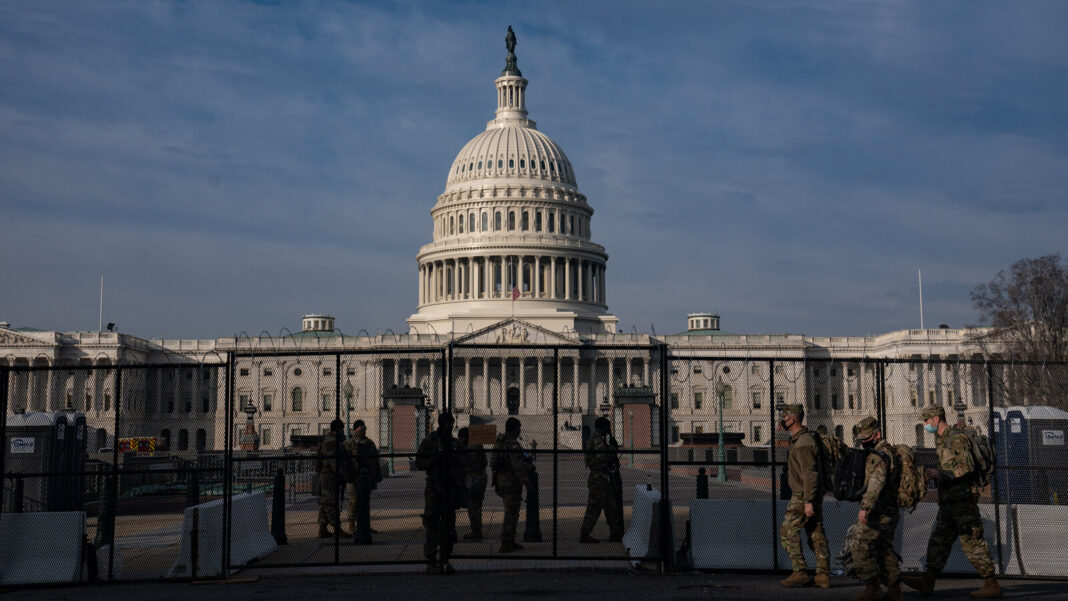 A fence will once again surround the US Capitol ahead of a planned rally by backers of the roughly 600 people facing criminal charges arising from the deadly January 6 riot by supporters of former President Donald Trump.

The fence surrounding the US Capitol is set to return ahead of the pro-Trump rally on Sept. 18, the head of the Capitol Police confirmed Monday.

“The fence will go up a day or two before, and if everything goes well it will come down very soon after,” Capitol Police Chief Thomas Manger told reporters in the Capitol.

The remarks came just moments after Manger, along with the sergeants-at-arms in both chambers, had briefed the top congressional leaders on the intelligence gathered by law enforcement ahead of Saturday’s “Justice for J6” rally at the Capitol, which will protest the treatment of the hundreds of people arrested in connection with the Jan. 6 riot.

Leaving the intelligence briefing, Senate Majority Leader Charles Schumer (D-N.Y.) declined to comment on the threat level posed on Saturday. But he said he’s confident there won’t be another security debacle like that of Jan. 6.

“They seemed very, very well prepared — much better prepared than before Jan. 6. I think they’re ready for whatever might happen,” he added.

The briefing was held just hours after US Capitol Police officers arrested a 44-year-old California man for allegedly possessing a bayonet and a machete just outside the Democratic National Committee headquarters, which sits just south of the Capitol building. Both items are illegal in Washington.

The man was driving a truck laden with white supremacist slogans, and said he was “on patrol”, according to Capitol Police.

The original Capitol security fence was erected in the days following the deadly rampage at the Capitol on Jan. 6, and quickly became a symbol of both the failure of law enforcement to prepare for violence that day and the ongoing effort by Trump to overturn his election defeat.

It also infuriated Republicans in Congress, who accused Democrats of politicizing Jan. 6 by exaggerating the violent threat posed by Trump’s supporters. Closer to home, neighbors in the vicinity of Capitol Hill also pushed hard to have the fence removed.

Heading into the intelligence briefing, Speaker Nancy Pelosi (D-Calif.) agreed with Schumer’s assessment that law enforcement was taking the threat of potential violence more seriously than they did before Jan. 6.

“I think there’s much better preparation and knowledge about what to expect,” she said, adding, “I do observe much better communication.”