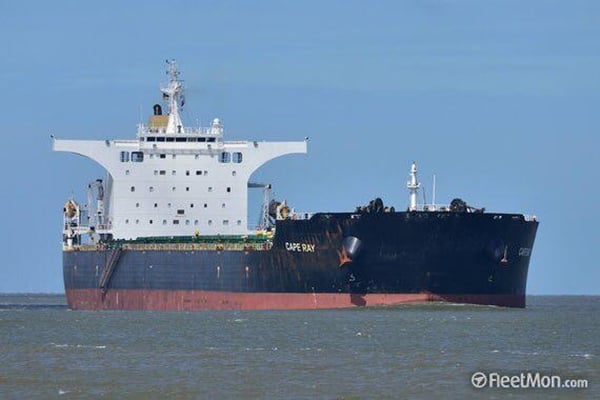 A senior Iranian military commander says an American vessel carrying chemicals has berthed at the regional waters and plans to deliver the cargo to parts of Syria and Iraq.

Brigadier General Abolfazl Shekarchi, a senior spokesman for the Iranian Armed Forces, said the American vessel Cape Ray has arrived in the Persian Gulf with the main goal of delivering the chemical cargo to certain parts of Iraq and Syria.

“The US bulk carrier MV Cape Ray, escorted by an American destroyer, recently docked at one of the Persian Gulf states,” he was quoted as saying in a report by Fars News Agency.

He warned the US against the possible consequences of the vessel’s deployment in the region and added a review of the vessel’s records reveals that it has been used for military actions along Iraq and Syria coasts under the pretext of fighting those sides which ‘used chemical weapons against the militant-held areas.’

“Following its back-to-back defeats in the region against the Resistant Front, the US has now resorted to dangerous methods to justify its illegitimate military presence in the region,” he noted.

The spokesman also noted that the US and its regional allies have been seeking to prolong their military presence by accusing the Syrian government of using chemical weapons against militants in Eastern Ghouta.

According to Shekarchi, the presence of the US vessels in the regional waters unveils the fact the chemical attacks carried out in parts of Iraq and Syria were coordinated by the US government.

“We have enough details about Cape Ray including the number of its crew members as well as the technical information of its chemical cargo which will be published soon,” he concluded.