US Blacklisting of IRGC Grabs Headlines in Iran

IFP has taken a look at the front pages of Iranian newspapers on Tuesday, April 9, 2019, and picked headlines from 18 of them. IFP has simply translated the headlines and does not vouch for their accuracy.

All newspapers today covered the US administration’s designation of the Islamic Revolution Guards Corps (IRGC) as a “foreign terrorist organization” and Iran’s reciprocal move to blacklist the US CENTCOM, and consider the US government as a “state sponsor of terrorism.”

Reactions by various Iranian officials to the US’ move also received great coverage. 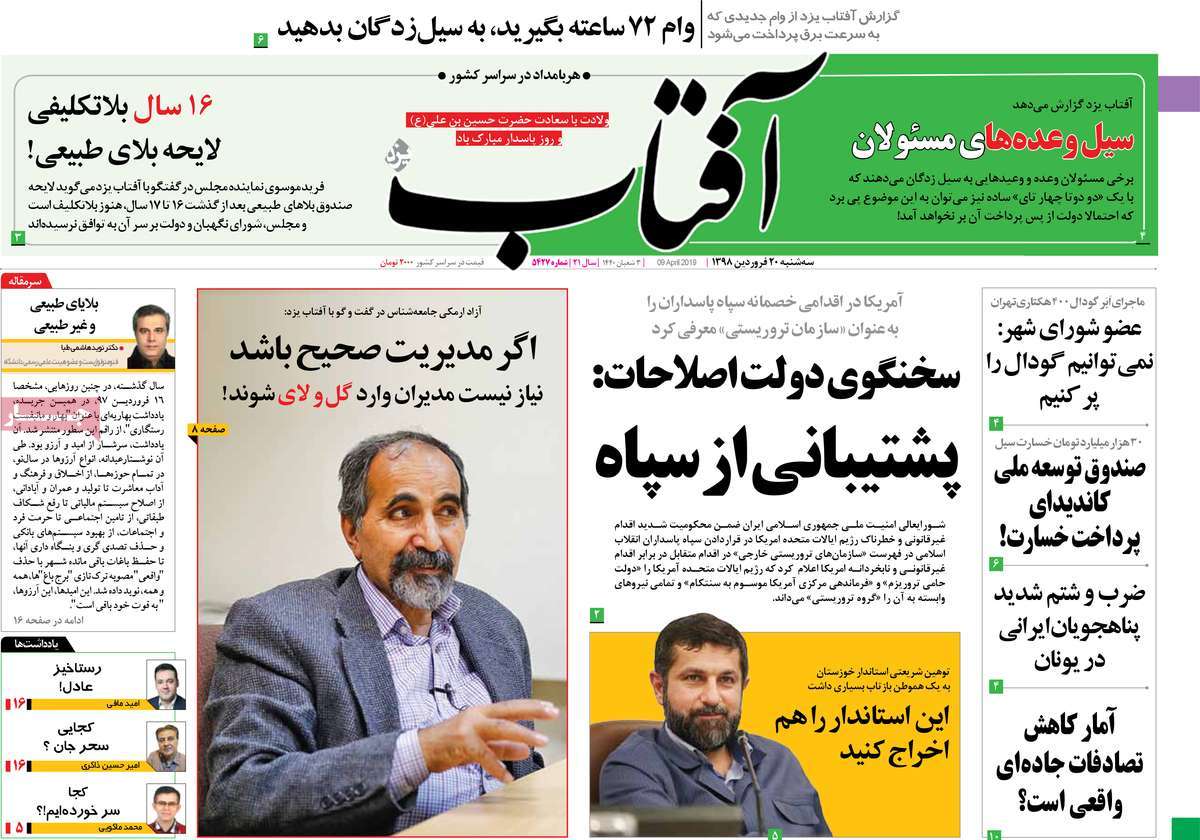 1- Iran’s Retaliatory Measure against US [Editorial] 1- Iran’s Counteraction against US 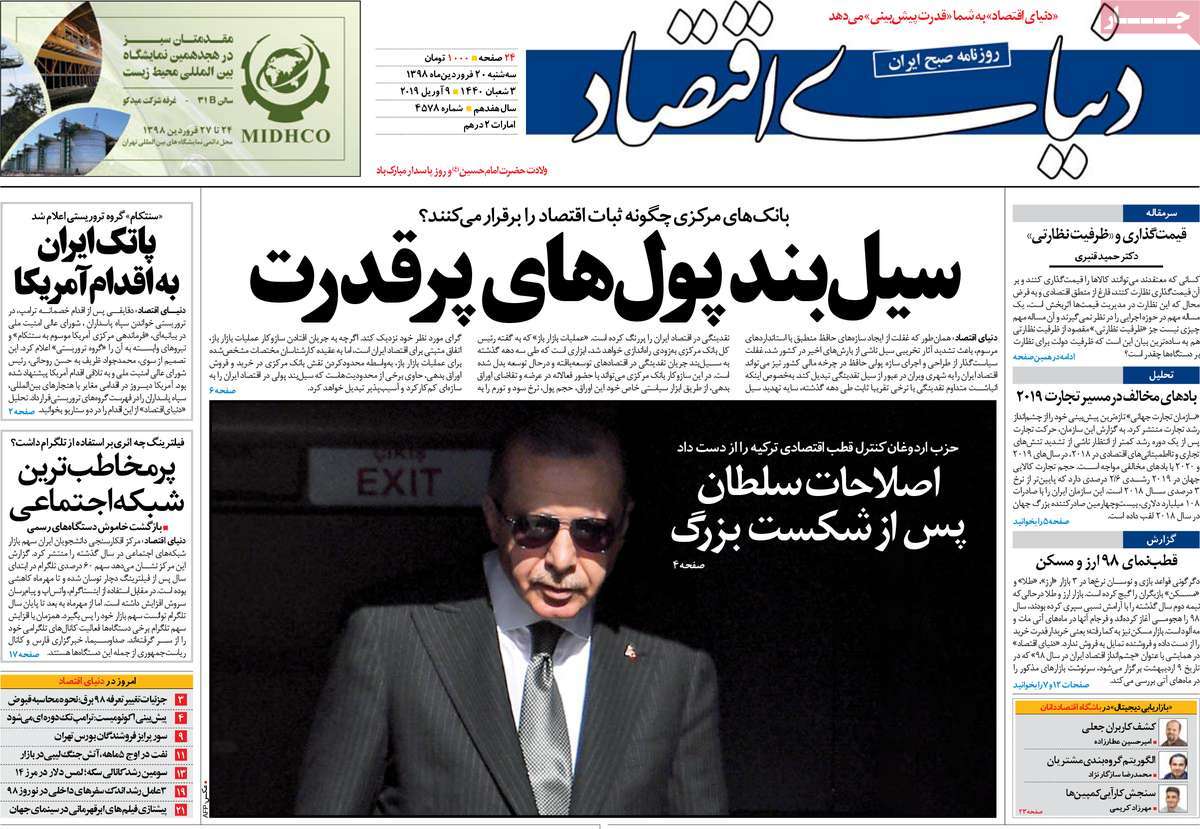 1- US Playing with Lion’s Tail 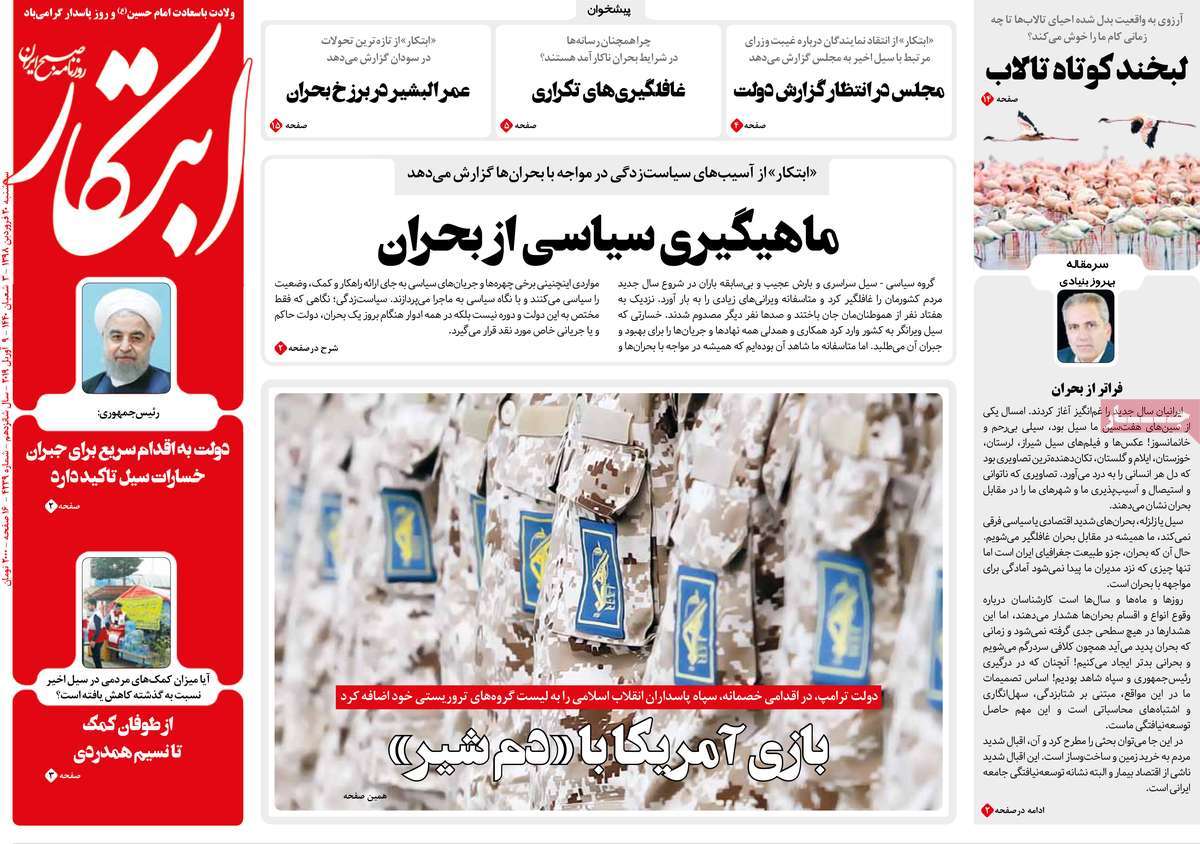 1- I’m a Revolution Guard as Well

2- An IRGC as Vast as Iran [Editorial] 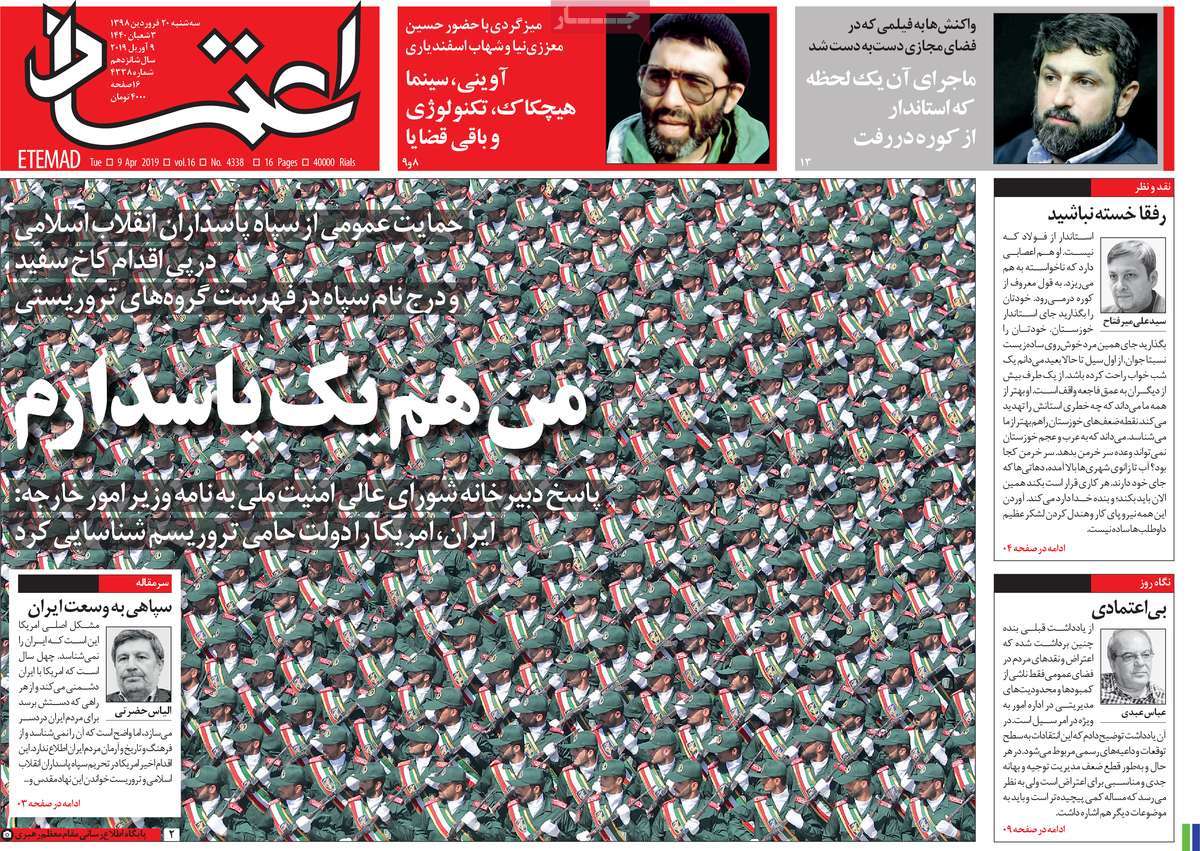 2- Parliament Speaker: Iran Not to Collapse with Sanctions

3- Berri: Occupied Territories Must Be Taken Back from Israel Only through Resistance 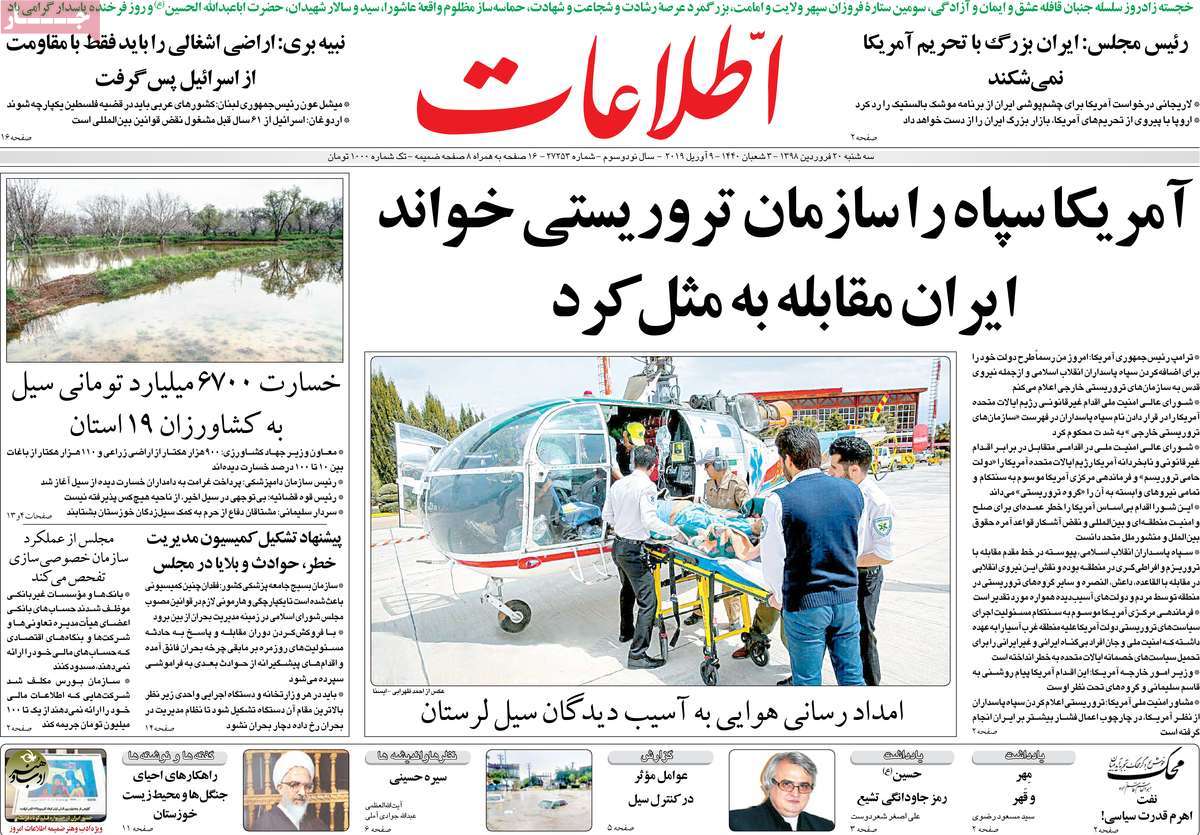 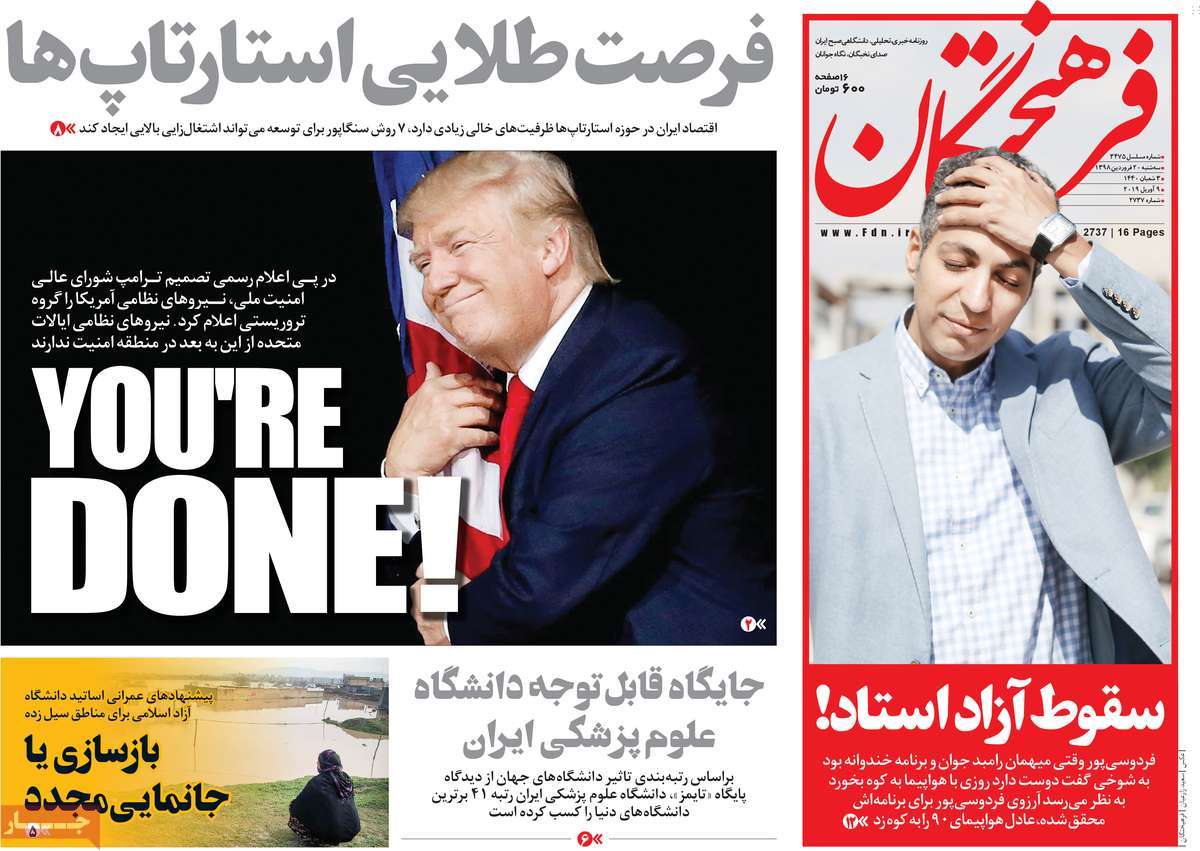 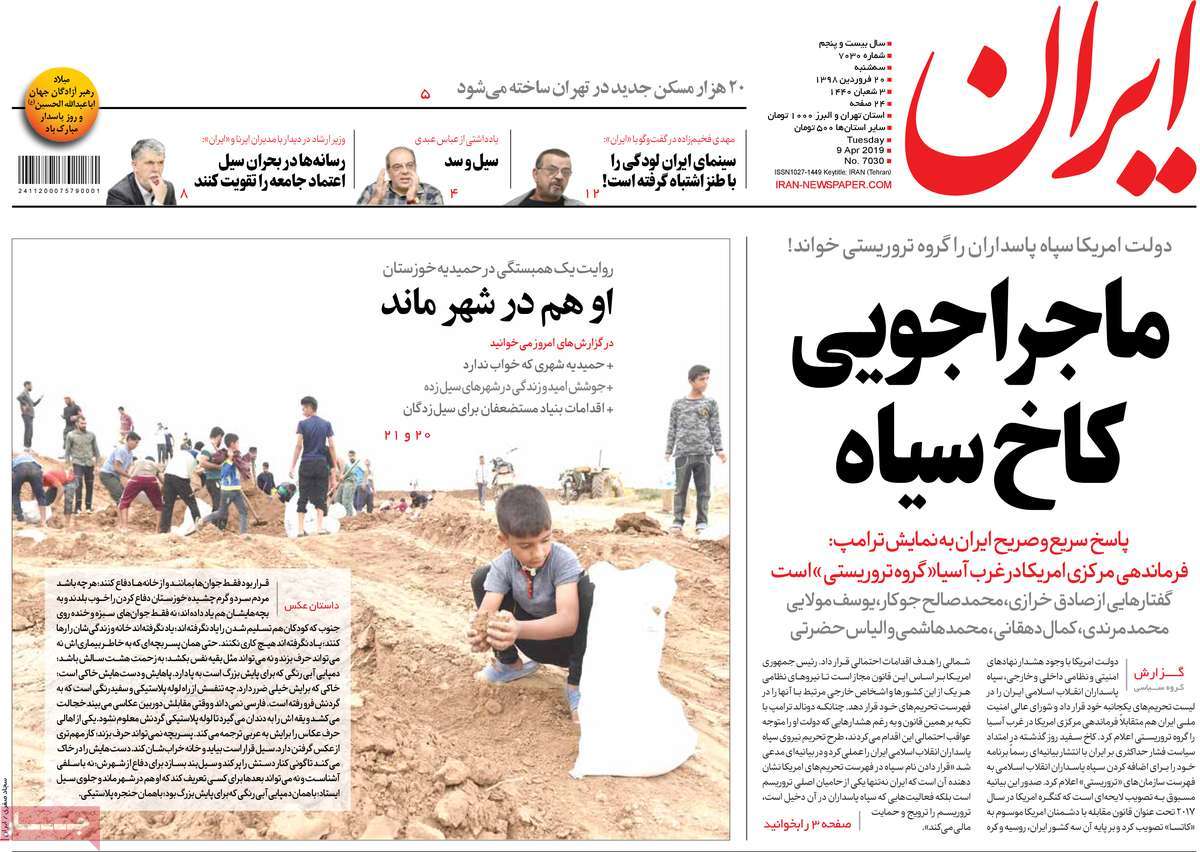 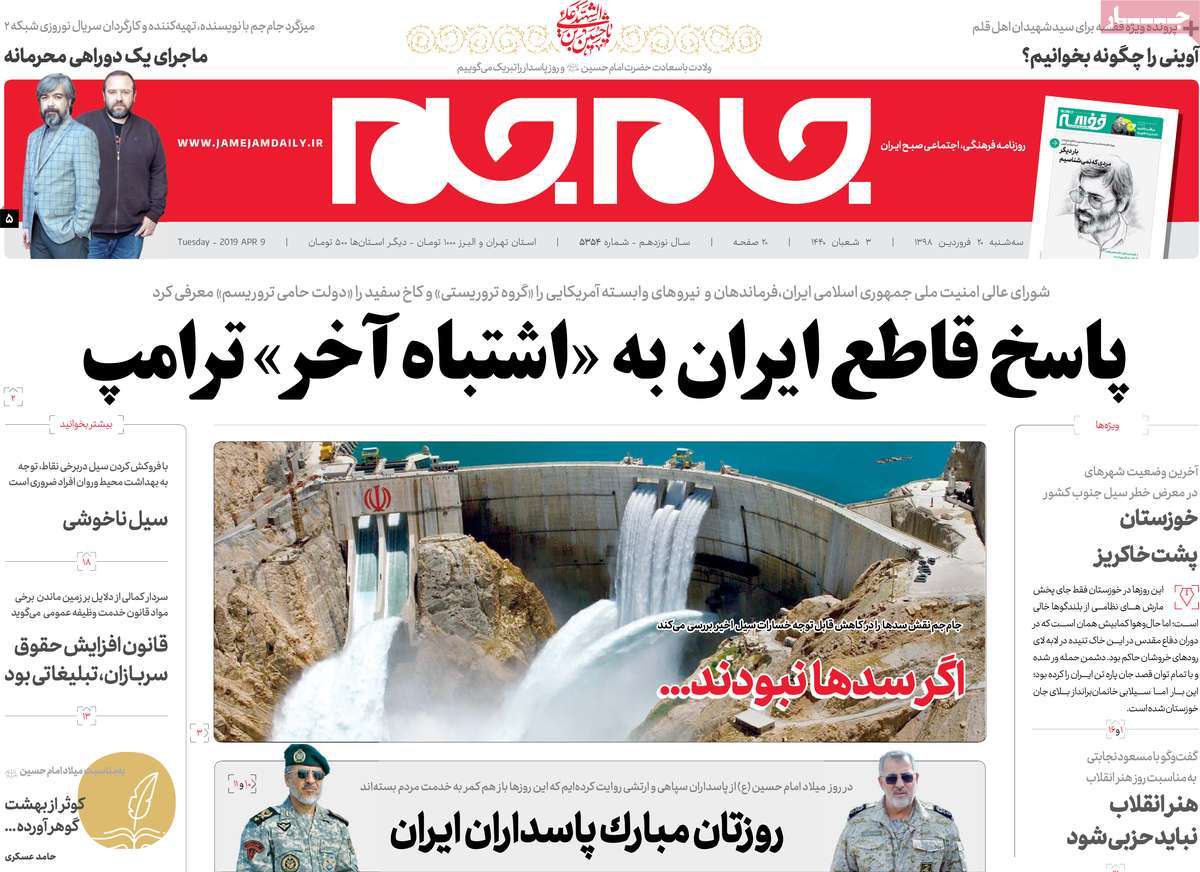 2- Why Did US Outrage at IRGC Lead to Such Decision? [Editorial] 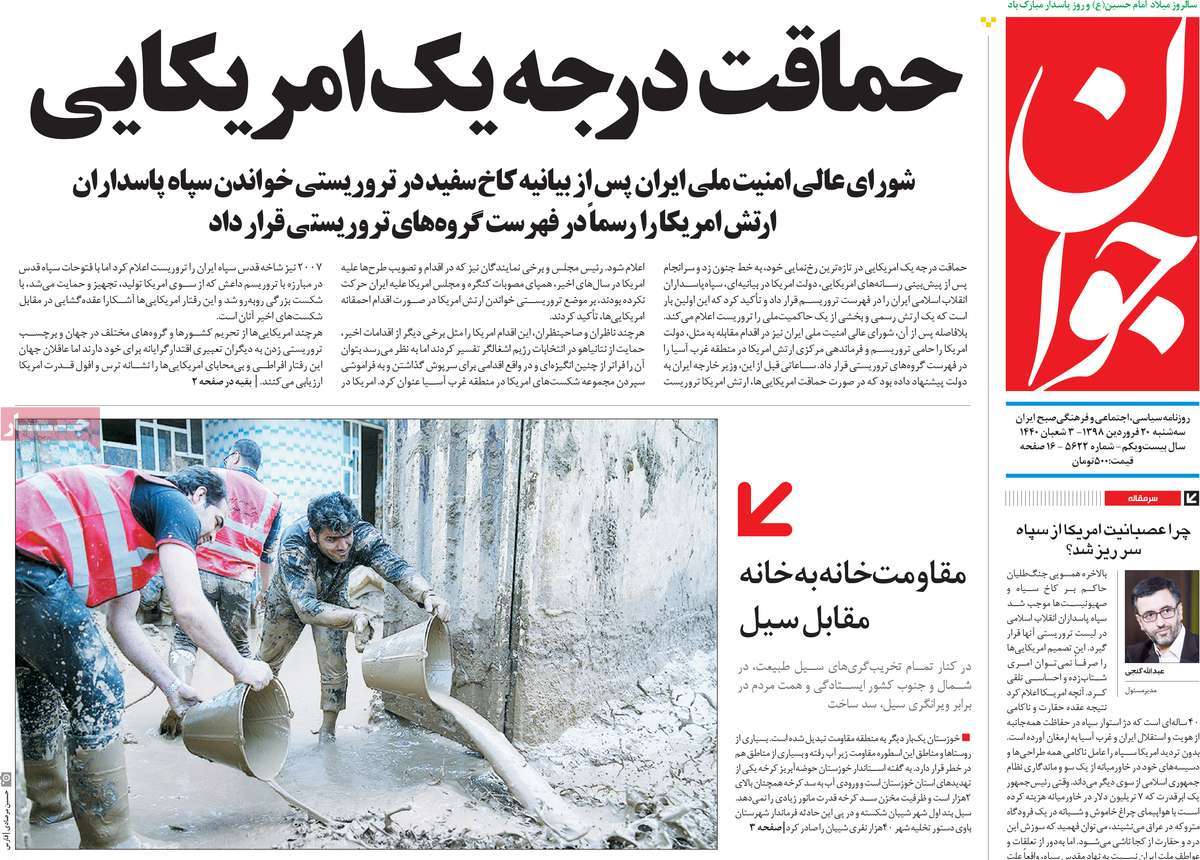 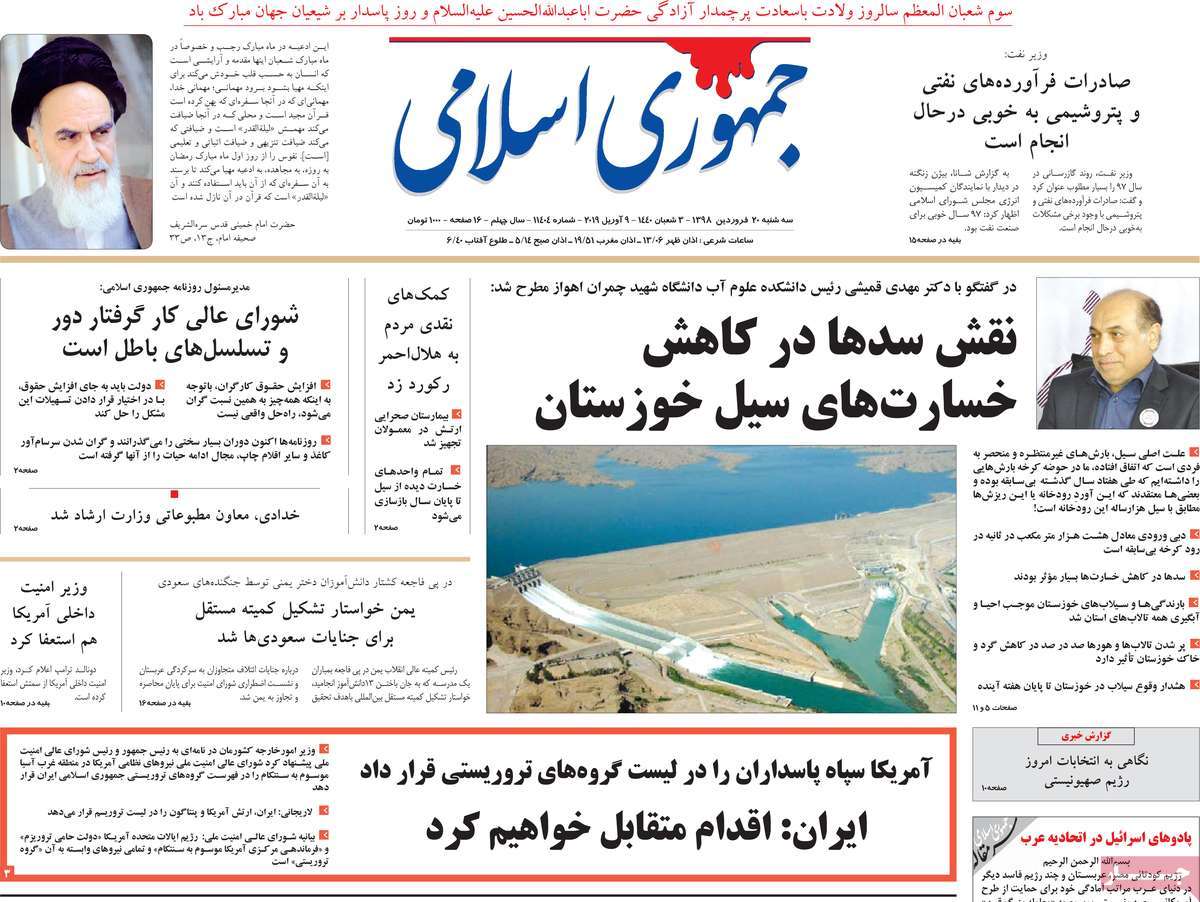 2- Gen. Soleimani: Those Who Wanted to Defend Holy Shrine Must Come to Help Flood-Hit People

3- Trump Must Think of Ordering Coffins for US Soldiers [Editorial] 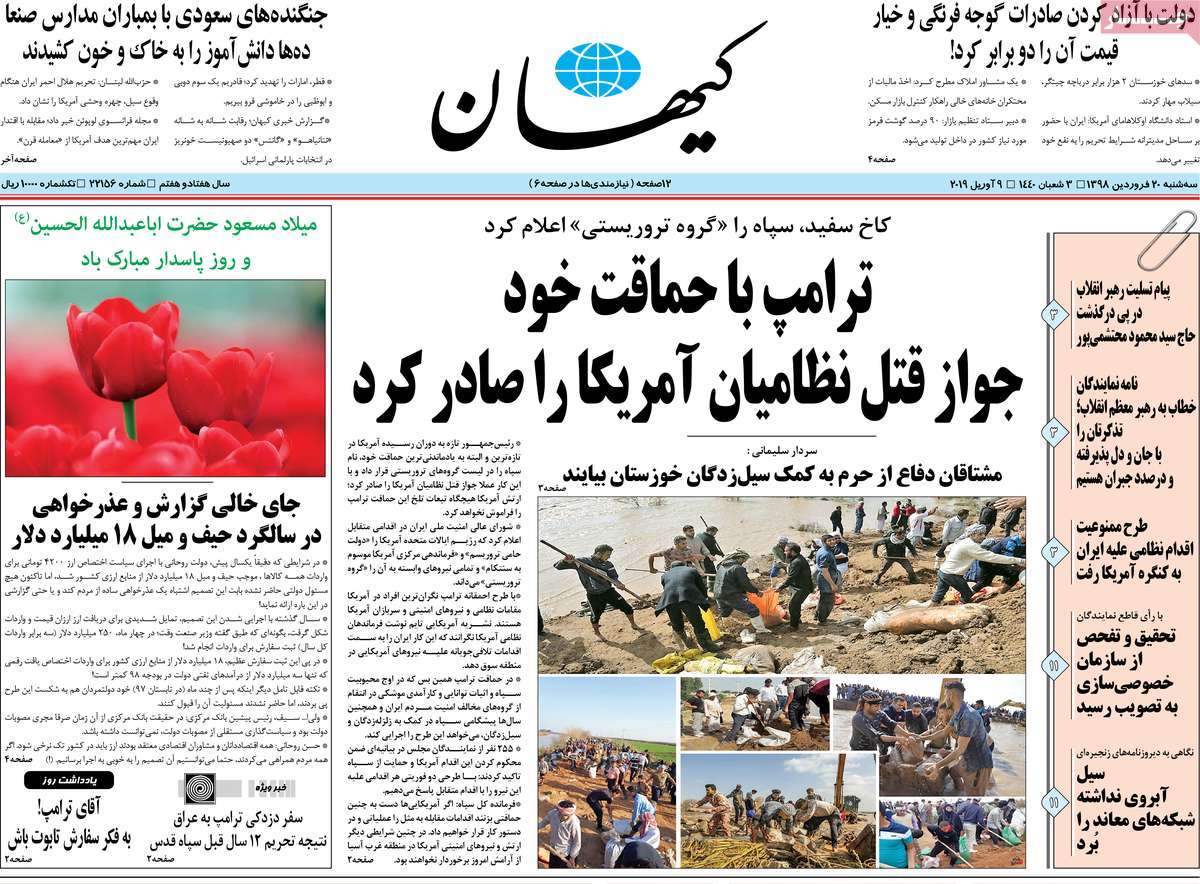 1- Face to Face: Zarif Calls for Designation of CENTCOM as Terrorist Organization 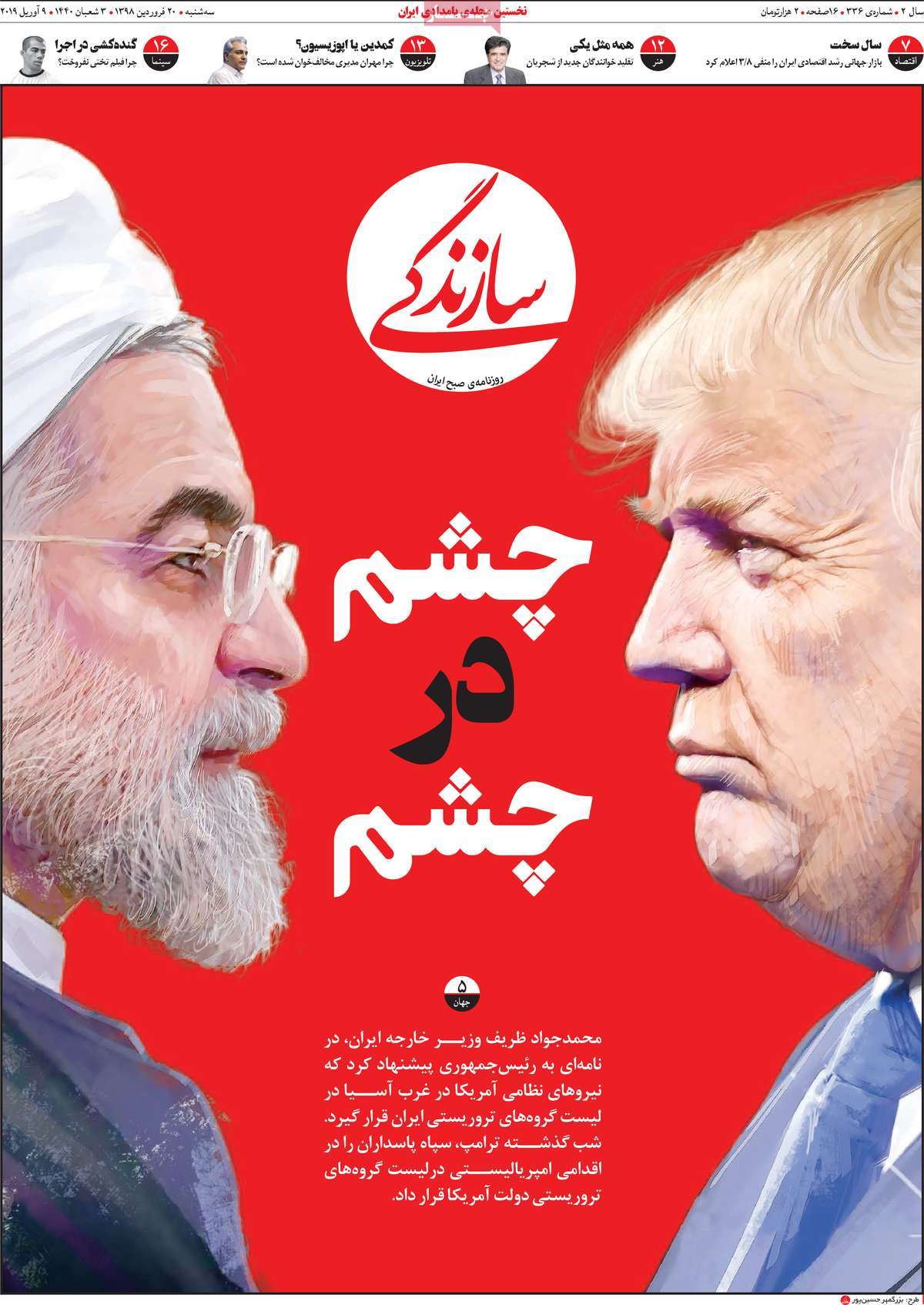 1- #Unwise_Move: US Officially Puts IRGC in List of Terrorist Organizations 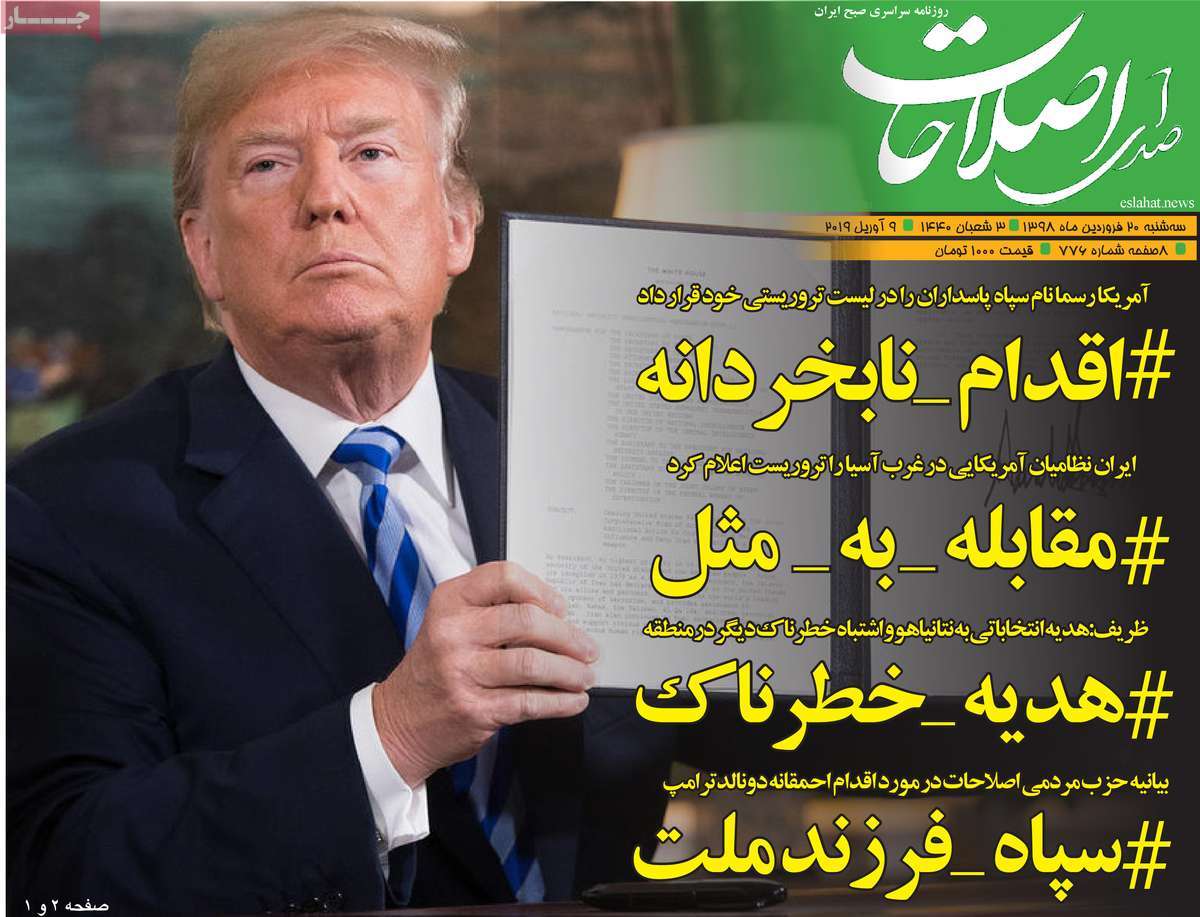 3- Netanyahu, His Rival in Fierce Competition 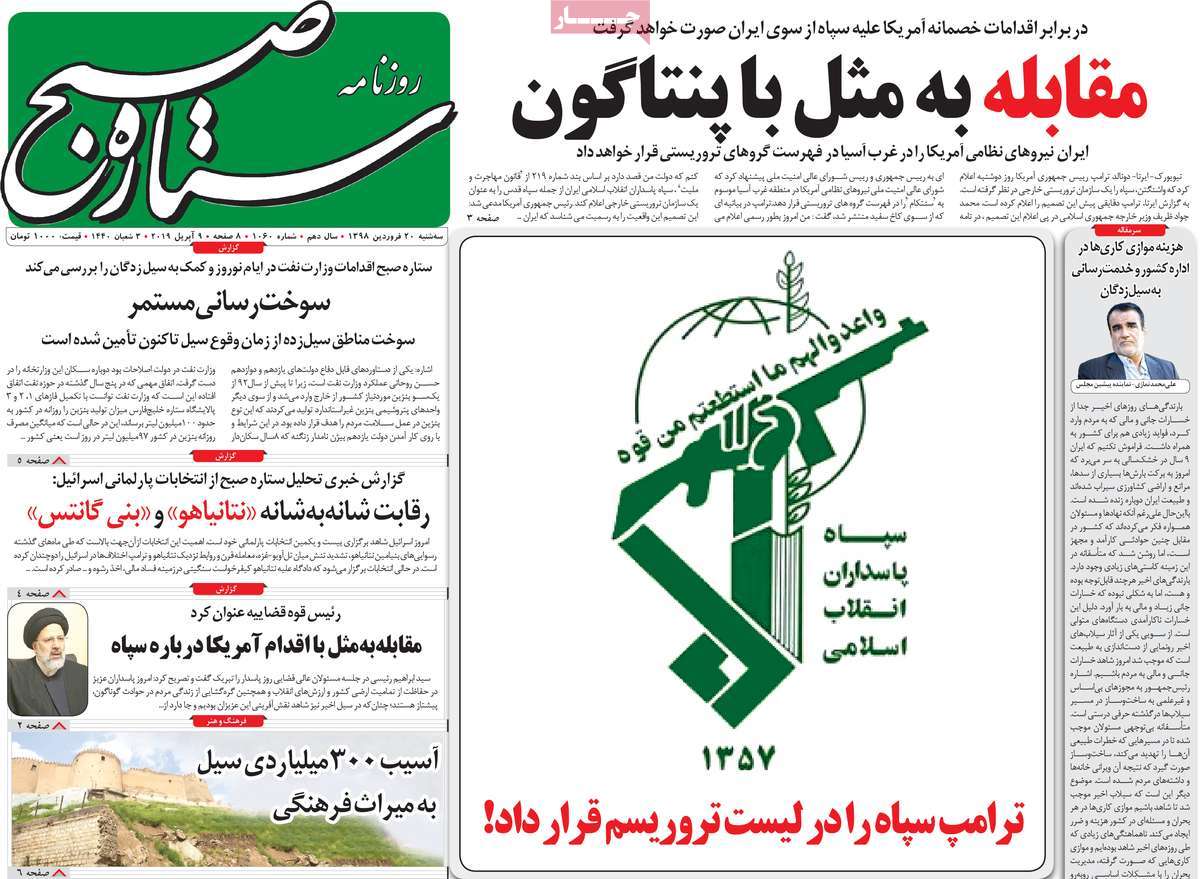 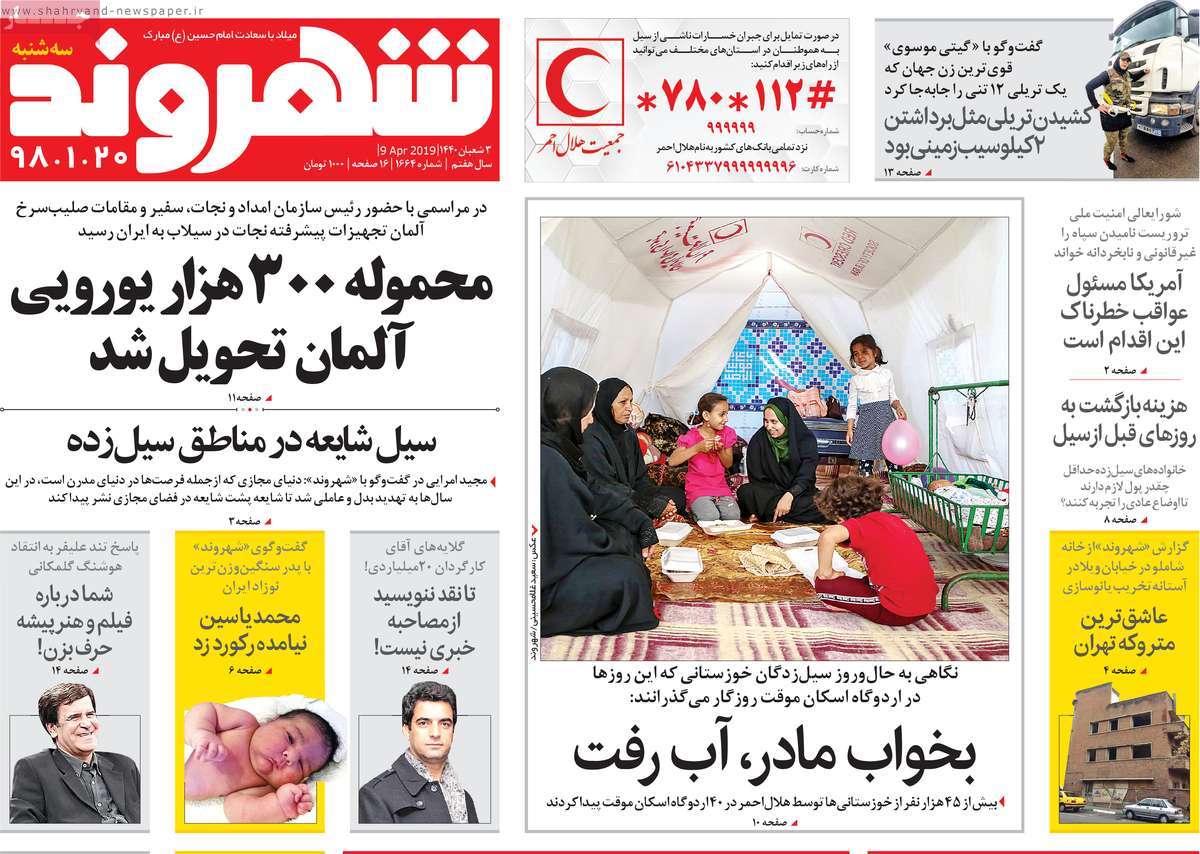 2- Details of Obama’s Letter to Iran Leader: We’re Not after Regime Change 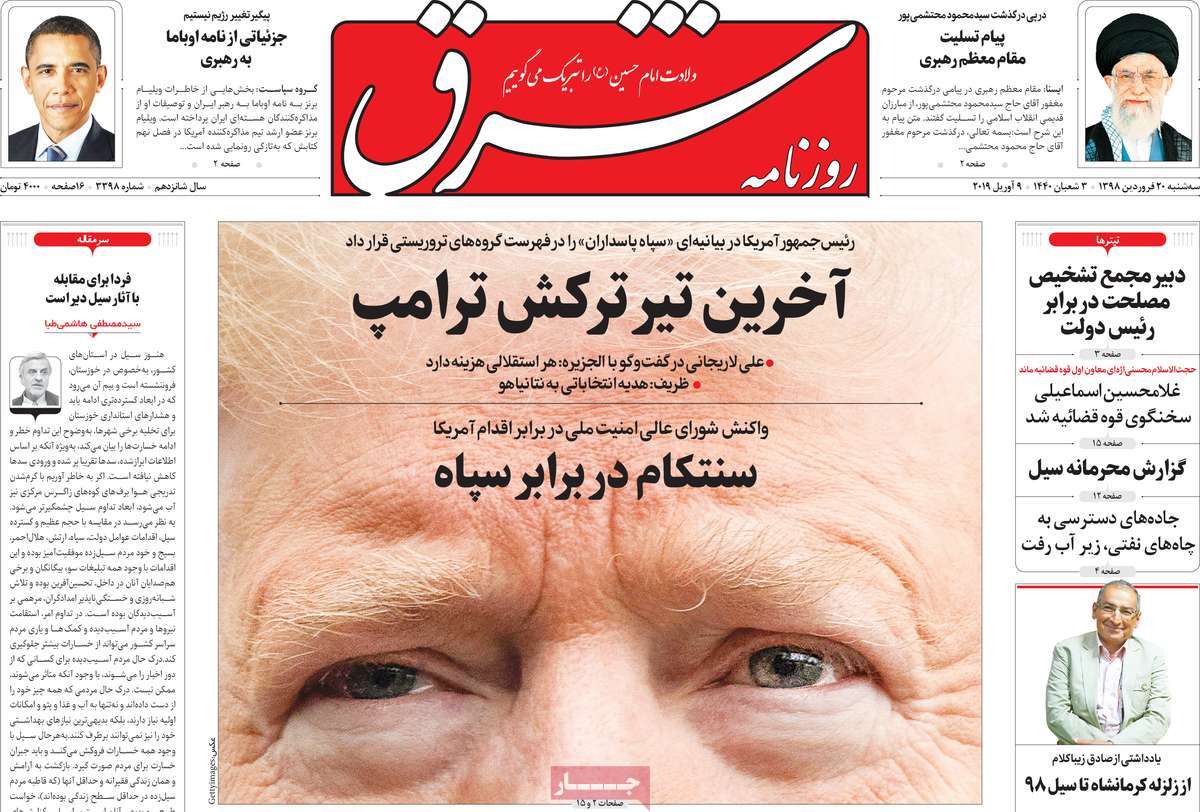 1- Iran Ready to Shoot at Devil

2- Red Crescent: We’ve Not Received a Penny in Foreign Aid 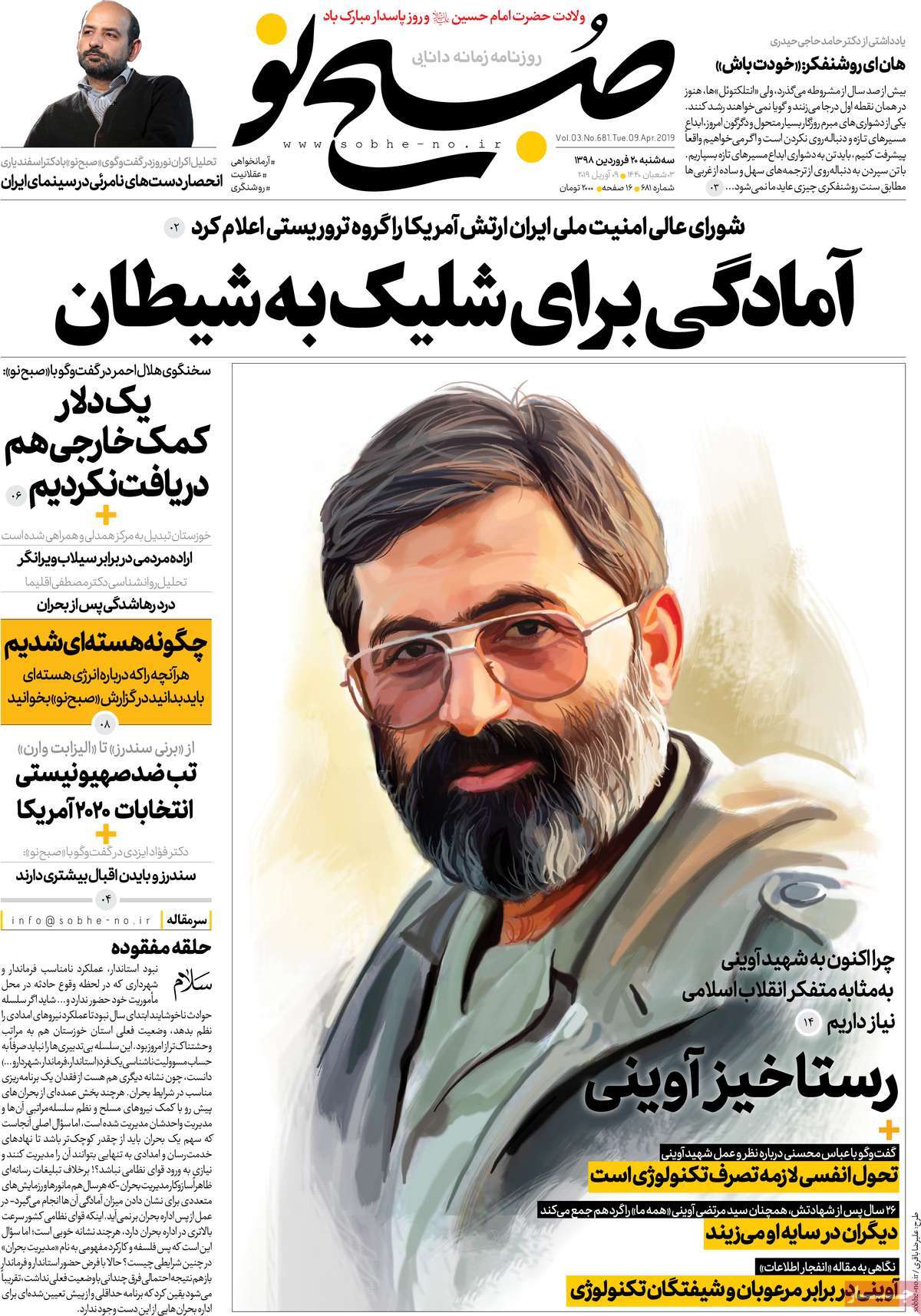