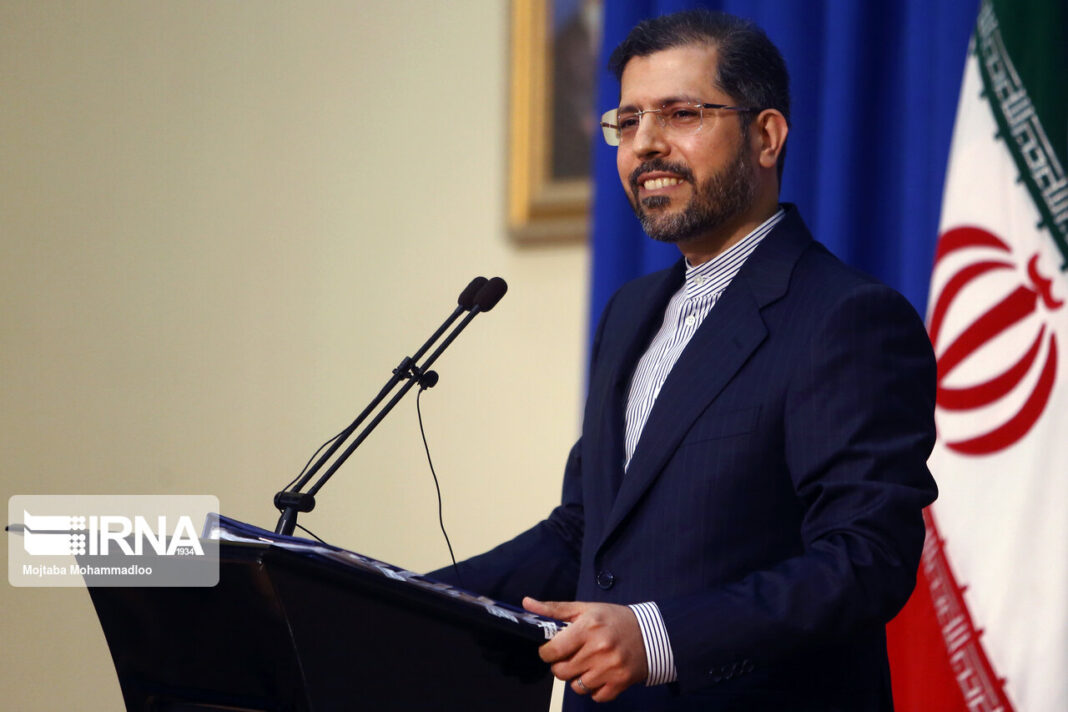 Iran’s Foreign Ministry Spokesman Saeed Khatibzadeh says the United States has already accepted to do most of what it is supposed to and what Iran deems necessary.

“Within the framework of its commitments, the United States has already accepted the majority of what it is supposed to do and what we definitely deem necessary,” Khatibzadeh told reporters in a virtual news conference on Monday.

“Regarding the demands the US has not accepted to meet, we have declared all the items listed by Iran are the sanctions which were imposed with the aim of destroying the JCPOA and depriving Iran of the benefits of the deal,” he noted.

Therefore, he added, irrespective of the partial, individual or collective nature of the sanctions, Iran has declared its final opinion and will seriously pursue it.

He said once Iran verifies the removal of all US sanctions and that it can reap the benefits of the lifting of bans, the Islamic Republic will definitely live up to its commitments under the JCPOA, nothing more or less.

“Washington has yet to make that decision, and is still pinning its hope on the inauspicious and failed legacy of Donald Trump.

However, it is not a hard decision for Washington, and it can make its decision by complying with the international law and with its own signature,” the spokesman added.

He also pointed to Iran’s chief negotiator Abbas Araqchi’s interview with NHK, in which he said Tehran will probably renew its deal with the International Atomic Energy Agency (IAEA) until a deal is reached on the revival of the JCPOA, and said, “The law passed by Iran’s Parliament is binding, and the May 30 deadline for the Iran-IAEA deal is final.”

“Naturally, as we are no in rush to bring the talks to a conclusion and as we will prevent the talks from being protracted, we don’t want any date to prevent our negotiating team from implementing all the directions issued in Tehran,” he added.

Khatibzadeh said Iran and the IAEA can extend the deadline if the negotiations are in the right direction, but the decision is not made by the nuclear negotiating team, but by the officials in Tehran.