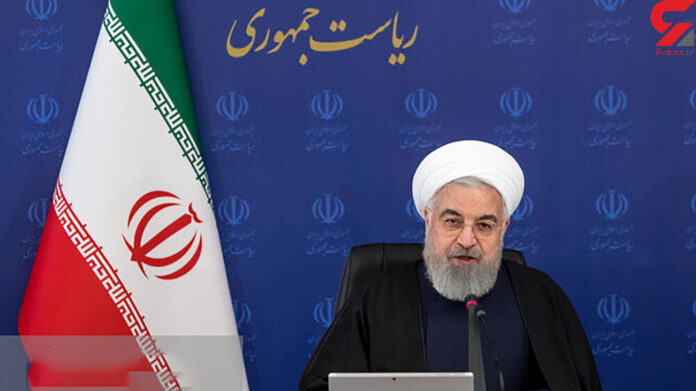 The Iranian President says Tuesday’s meeting of the UN Security Council held to review the implementation of UNSC Resolution 2231 was yet another defeat for Washington.

Hassan Rouhani said none of the countries present at the meeting supported the United States’ anti-Iran stance.

He also warned the United States not to try to deal a political blow to the 2015 Iran nuclear deal, officially known as the Joint Comprehensive Plan of Action (JCPOA).
“So far, the US has dealt an economic blow to the JCPOA, but if it wants to harm it politically, Iran will not tolerate it and will take decisive action,” said the president at a Cabinet meeting.

He said Washington was not alone in opposing the nuclear agreement.
“Zionists, reactionary powers in the region and American radicals were angry with the JCPOA, and these three came together and dealt a blow to the agreement when a politically weak person (Donald Trump) came to power in the US,” said President Rouhani.

He reiterated that Iran has always delivered on its “political, legal and ethical commitments” under the JCPOA.

He then touched upon the Europeans’ failure to make good on their obligations under the nuclear deal, saying Iran stands ready to return to its obligations if the other side keeps its side of the bargain.

“Any day and any hour that the other parties fully live up to their commitments under the JCPOA, we, too, will immediately return to our obligations,” he said.

Elsewhere in his remarks, Rouhani referred to his administrations’ emphasis on “moderation” at home and “constructive interaction” abroad.

“Inside the country, we do not approve of unity and solidarity and we need to band together. It’s not acceptable to make a mountain out of a molehill, and it won’t be ethical to make a molehill out of a mountain. Given the sanctions and coronavirus outbreak, our country is facing tough problems, and all of us should work together to solve those problems,” he said.