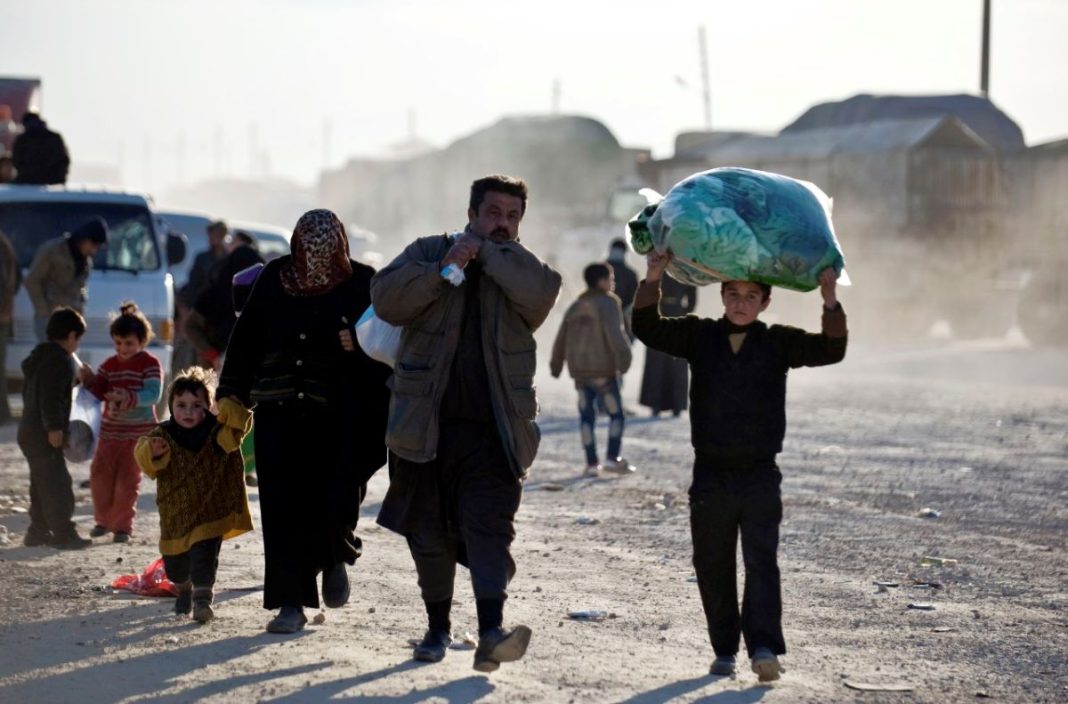 The United Nations Security Council has voted unanimously to keep a key border crossing from Turkey to Syria’s rebel-held northwest open for critical aid deliveries for another six months.

In a surprise move, Syria’s ally Russia supported the resolution during Monday’s vote.

Authorisation by the 15-member council is needed because Syrian authorities did not agree to the humanitarian operation, which has delivered food, medicine, shelters and other aid to opposition-controlled areas of Syria since 2014.

The vote, the UN chief stressed, “comes as humanitarian needs have reached the highest levels since the start of the conflict in 2011 with people in Syria grappling with a harsh winter and a cholera outbreak”, according to his spokesman Stephane Dujarric.

Ahead of the vote, all eyes had been on Russia, which in the past has abstained or vetoed resolutions on cross-border aid deliveries. It has sought to replace humanitarian aid coming across the Turkish border with convoys from government-held areas. Since the early years of the war, Turkey has sided with and supported Syria’s rebels.

Russia’s UN ambassador, Vassily Nebenzia, called the decision to support the resolution “difficult” and described the northwest as “an enclave that is inundated with terrorists”.

The vote, he stated, should not be viewed as a change in Moscow’s “principled position” that cross-border aid deliveries, which began in 2014, are temporary and should be replaced by Syrian government-controlled deliveries.

He insisted his government has been “working relentlessly” to provide basic services to Syrians and urged more recovery projects, which Russia has also pushed for.

Last month, Guterres noted deliveries had increased across conflict lines within the country, but he said they cannot substitute for “the size or scope of the massive cross-border United Nations operation”.

On Sunday, a convoy of 18 trucks entered Idlib through front lines held by Syrian government forces.

The resolution put the Security Council on record as “determining that the devastating humanitarian situation in Syria continues to constitute a threat to peace and security in the region”.

In its previous approval, the council had passed a resolution in July that extended humanitarian aid deliveries to Idlib for six more months. The region is home to 4.1 million people, about half of whom were transferred there in large groups from other parts of the country that were retaken by pro-government forces.

The nearly 12-year conflict has killed hundreds of thousands of people and displaced millions since it erupted in 2011.

Monday’s resolution will allow for aid deliveries through the Bab al-Hawa crossing from Turkey to northwest Syria to continue until July 10.

The resolution encourages efforts to improve cross-front-line aid deliveries and calls on all 193 UN member states to respond to Syria’s “complex humanitarian emergency” and meet the urgent needs of the Syrian people “in light of the profound socioeconomics and humanitarian impact of the COVID-19 pandemic”.

It urges stepped-up initiatives to provide water, sanitation, health, education and electricity services as well as shelter and recovery projects.

Guterres stated in the December report that at least 374 recovery projects have taken place throughout the country since January 2021, directly benefitting more than 665,000 people, but he noted “further expansion” is needed.