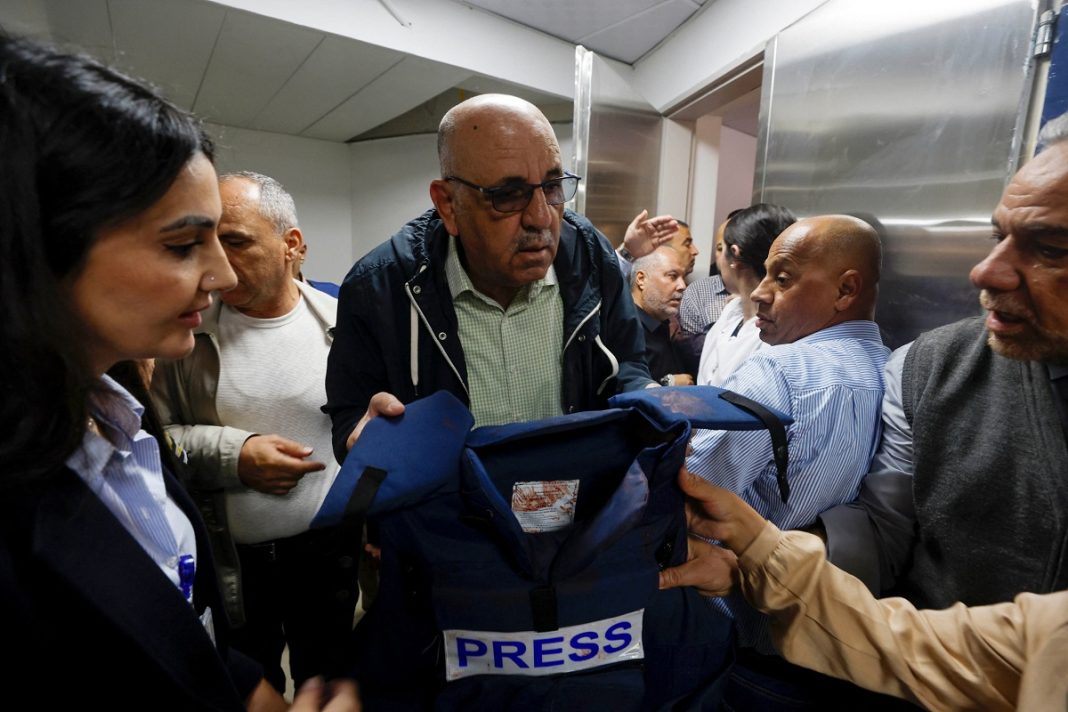 The statement, a rare case of Security Council unity on an issue related to Israel, also called for “an immediate, thorough, transparent, and impartial investigation” into her death.

The UN’s Human Rights Office has also called for a thorough and independent investigation into the killing, saying it might constitute a war crime.

According to diplomats who spoke to AFP news agency on condition of anonymity, the negotiations in the Security Council on Friday were particularly arduous.

China successfully pushed the United States to remove paragraphs condemning abuses committed against the media around the world, defending their freedom and urging their protection while covering military operations, according to diplomatic sources and different versions of the declaration obtained by AFP during the discussions.

The final text said that “journalists should be protected as civilians”.

Abu Akleh, an internationally respected veteran journalist for Al Jazeera, was shot by Israeli armed forces as she covered a raid on the Jenin refugee camp in the occupied West Bank. She was wearing a helmet and a vest that clearly identified her as a journalist.

The Security Council statement made no mention of the violence during Friday’s funeral for Abu Akleh.

The attacks were condemned by Al Jazeera as “a scene that violates all norms and international laws”.

The Israeli military said its initial investigation into Abu Akleh’s death showed that a heavy firefight was under way in Jenin approximately 200 metres (about 220 yards) from where she was killed, but that it was unable to determine whether she was shot by Israeli forces or Palestinian fighters.

In a statement issued on Friday, the military announced Palestinian gunmen recklessly fired hundreds of rounds at an Israeli military vehicle, some in the direction of where Abu Akleh was standing. It added Israeli forces returned fire, and that without doing ballistic analysis, it was not able to determine who was responsible for her death.

Reporters who were with Abu Akleh, including one who was shot and wounded, said there were no clashes or fighters in the immediate area when she was killed.

Al Jazeera has accused Israel of “blatant murder” and has called for an independent investigation into her death.

The UN experts noted that Abu Akleh’s killing came amid rising violence in the occupied West Bank and Gaza in recent years.

Last year, according to the statement, marked the highest number of Palestinian deaths resulting from confrontations with Israelis since 2014. It also came amid a high rate of attacks against Palestinian journalists.