Senior United Nations officials have strongly denounced Israel for a deadly attack on a UN-run school housing thousands of refugees in the northern part of the besieged Gaza Strip.

The condemnation comes after Israeli forces shelled the UN-run school in Jabalia refugee camp on Wednesday. Initial reports say at least 19 Palestinians were killed and about 90 injured in the deadly attack.

The United Nations Relief and Works Agency for Palestine Refugees in the Near East (UNRWA) said there is solid evidence that Israel was behind the attack. The UNRWA added that it had already announced the locations of its shelters to Israel.

“We have visited the site and gathered evidence. We have analyzed fragments, examined craters and other damage. Our initial assessment is that it was Israeli artillery that hit our school, in which 3,300 people had sought refuge,” Pierre Krahenbuhl, Commissioner General of the UNRWA, said in a statement.

The senior official also condemned “in the strongest possible terms this serious violation of international law by Israeli forces,” adding that Israel’s inhumane acts of violence were bringing shame to the world.

“Last night, children were killed as they slept next to their parents on the floor of a classroom in a UN-designated shelter in Gaza. Children [were] killed in their sleep; this is an affront to all of us, a source of universal shame. Today the world stands disgraced.” the statement read.

The UNRWA says it is the sixth time that one of the schools housing the fleeing Gazans has been struck by Israeli forces.

UN Humanitarian Chief Valerie Amos has also said that she is shocked by Israeli attacks on the world body’s shelters in Gaza.

Amos noted that civilians, among them children, are the main victims of Israeli attacks on the UN schools which are used as shelters by Palestinians. 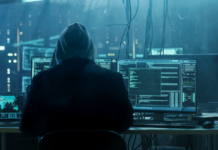