IFP has taken a look at the front pages of Iranian newspapers on Tuesday, March 12, 2019, and picked headlines from 15 of them. IFP has simply translated the headlines and does not vouch for their accuracy.

Iranian newspapers today continued to cover President Hassan Rouhani’s historic trip to Iraq, comparing his visit to that of US President Donald Trump with headlines like “Rouhani Visits Iraq in Broad Daylight, Trump Makes His Trip Secretly, in Darkness”.

The agreements reached between the two neighbouring countries during the three-day visit, particularly the one on no-fee issuance of visa for Iranian and Iraqi visitors travelling to the two states, were widely covered in today’s papers.

Also a top story was the inauguration ceremony held for new Judiciary Chief Ebrahim Raisi, who replaced Ayatollah Amoli Larijani based on a decree by the Leader of Iran’s Islamic Revolution Ayatollah Seyyed Ali Khamenei.

2- Salih: We’re Trying to Remove Obstacles to Cooperation with Iran 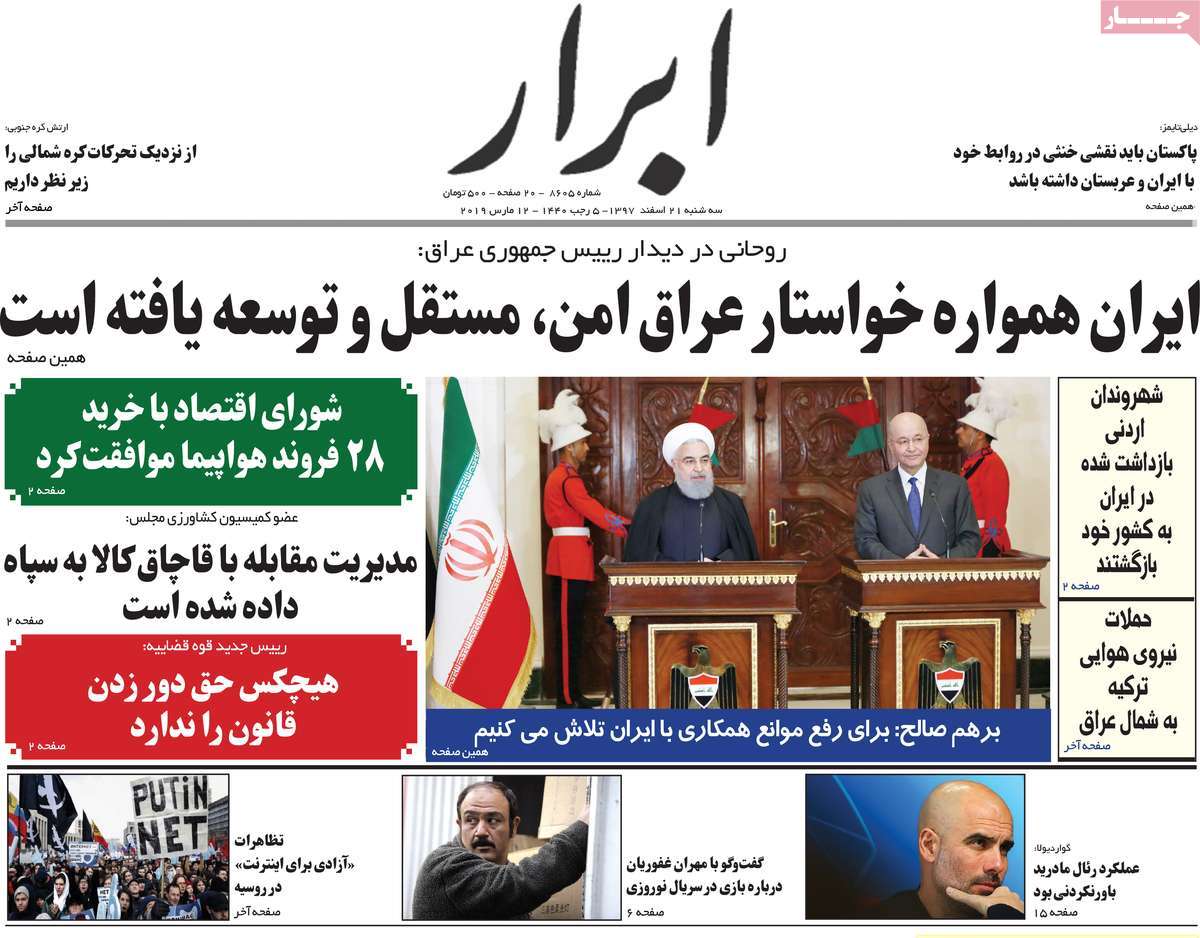 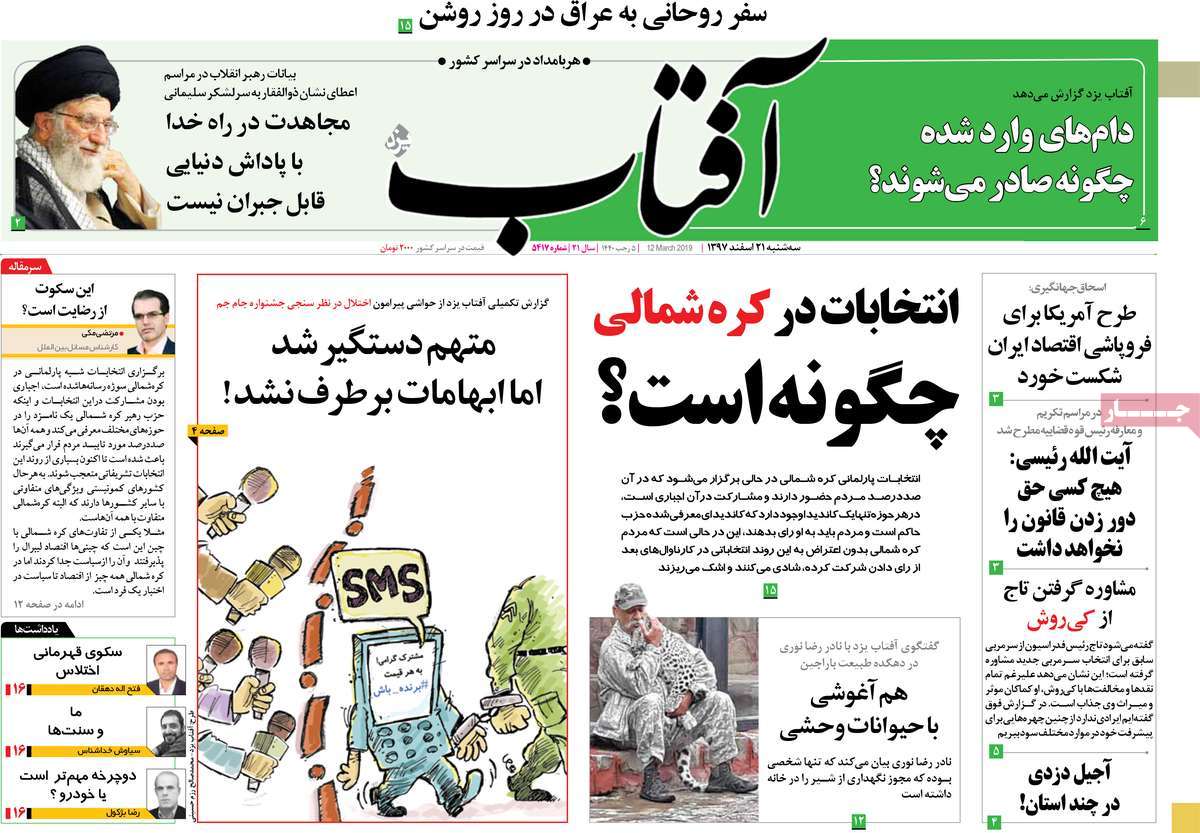 3- Raisi: No One Allowed to Bypass Law 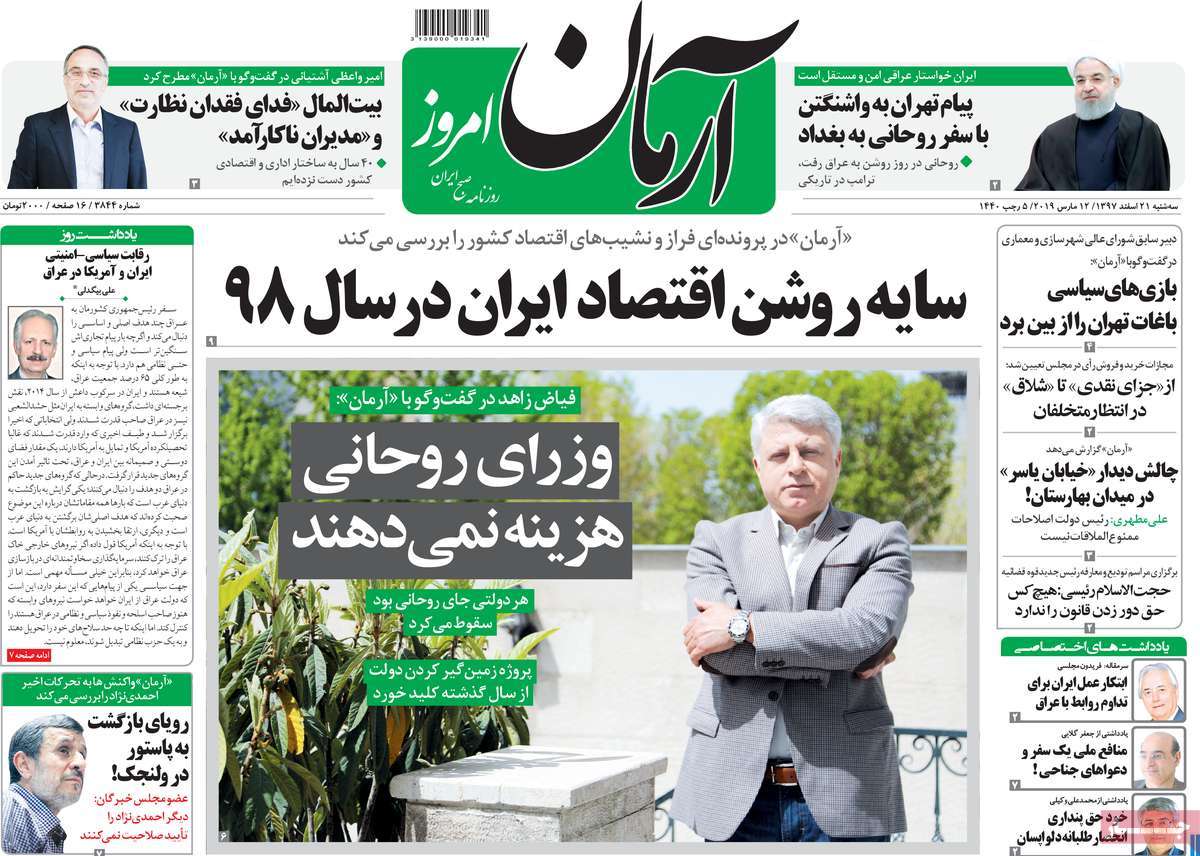 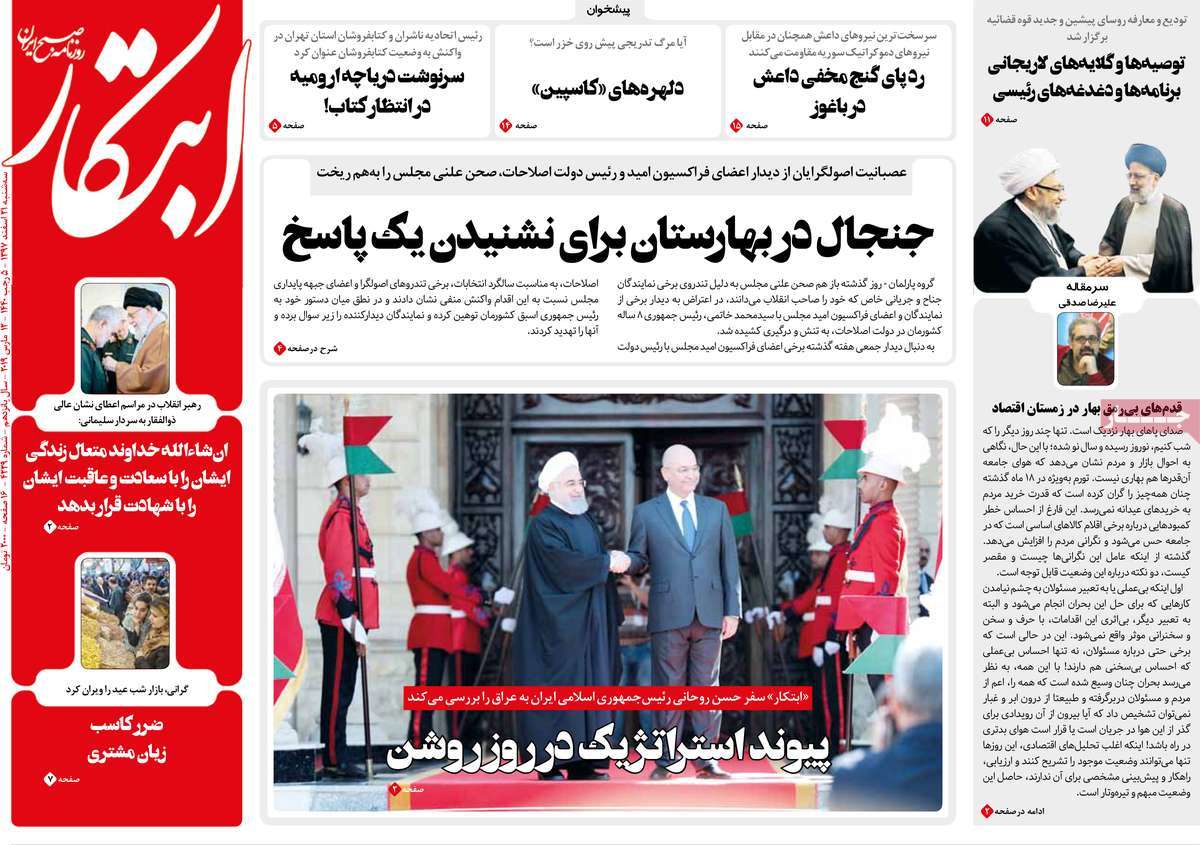 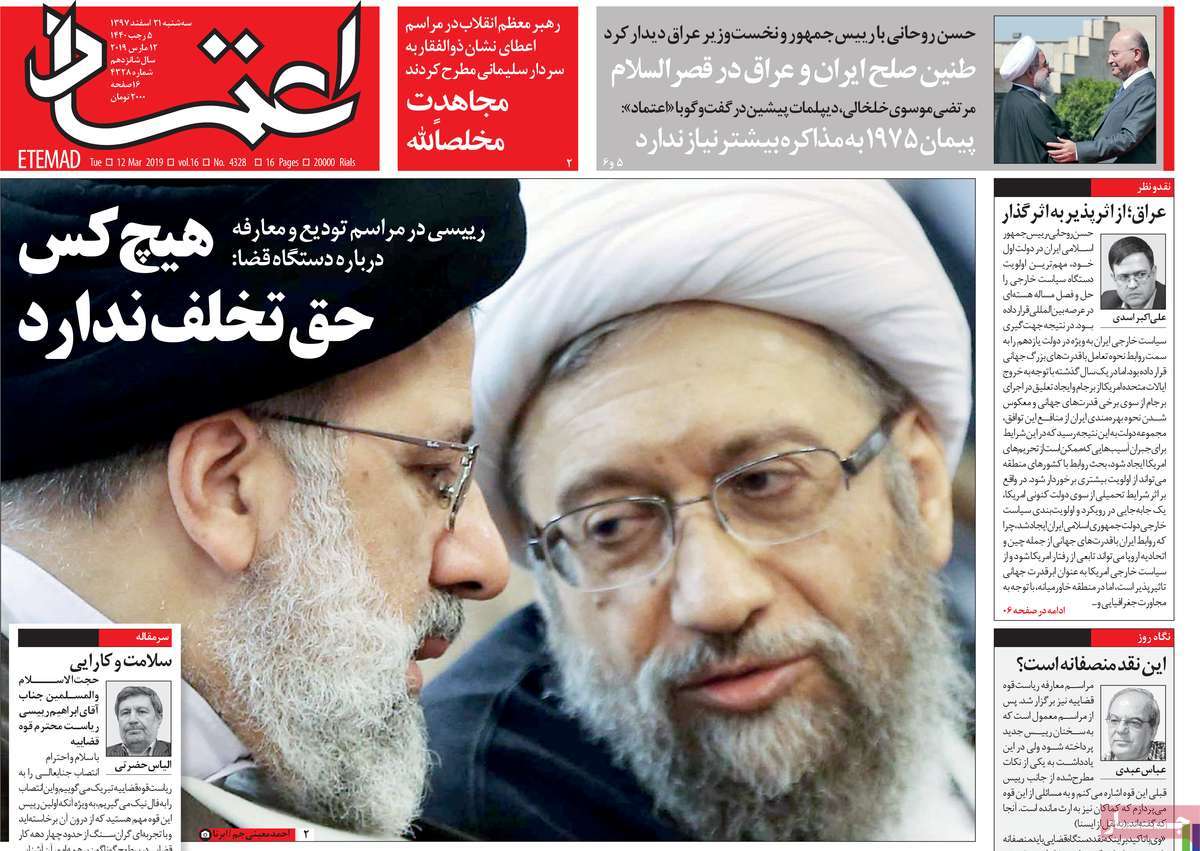 1- Rouhani: No One Can Prevent Development of Iran-Iraq Ties

2- 50 Civilians Killed in US Air Raid on Eastern Syria 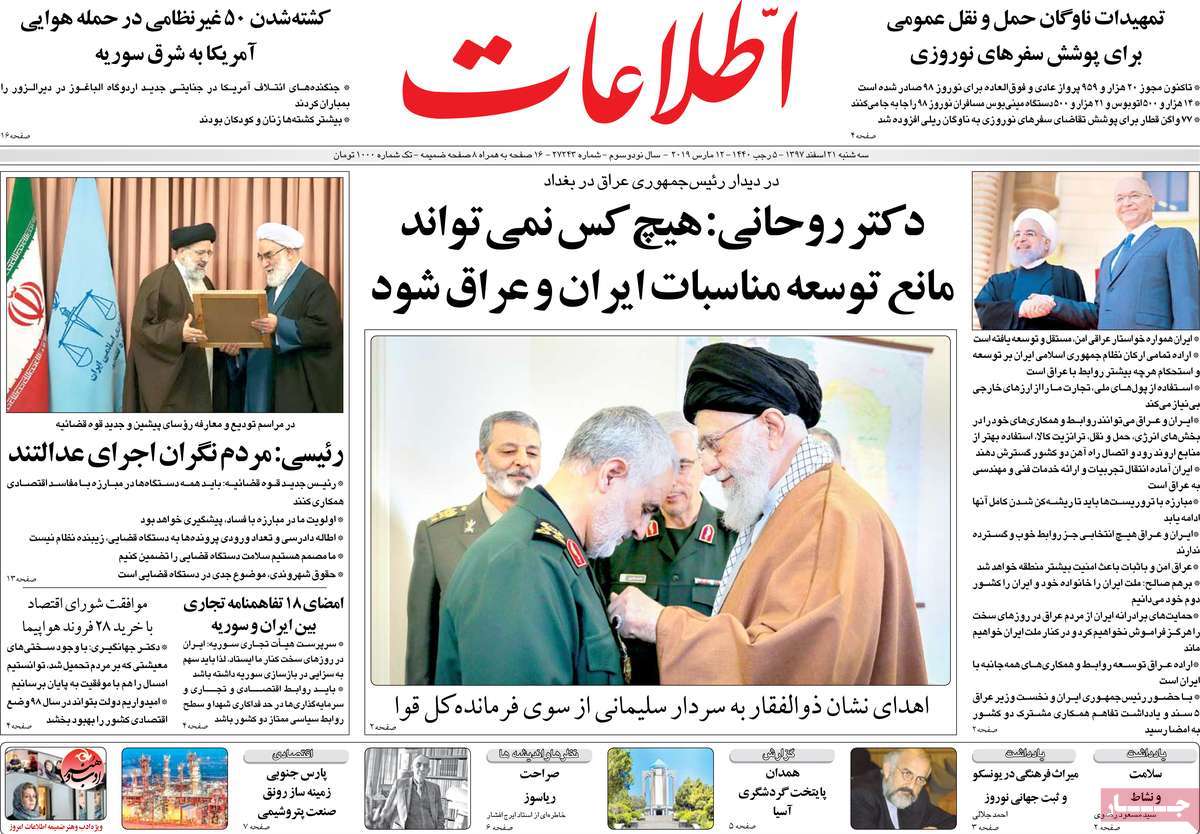 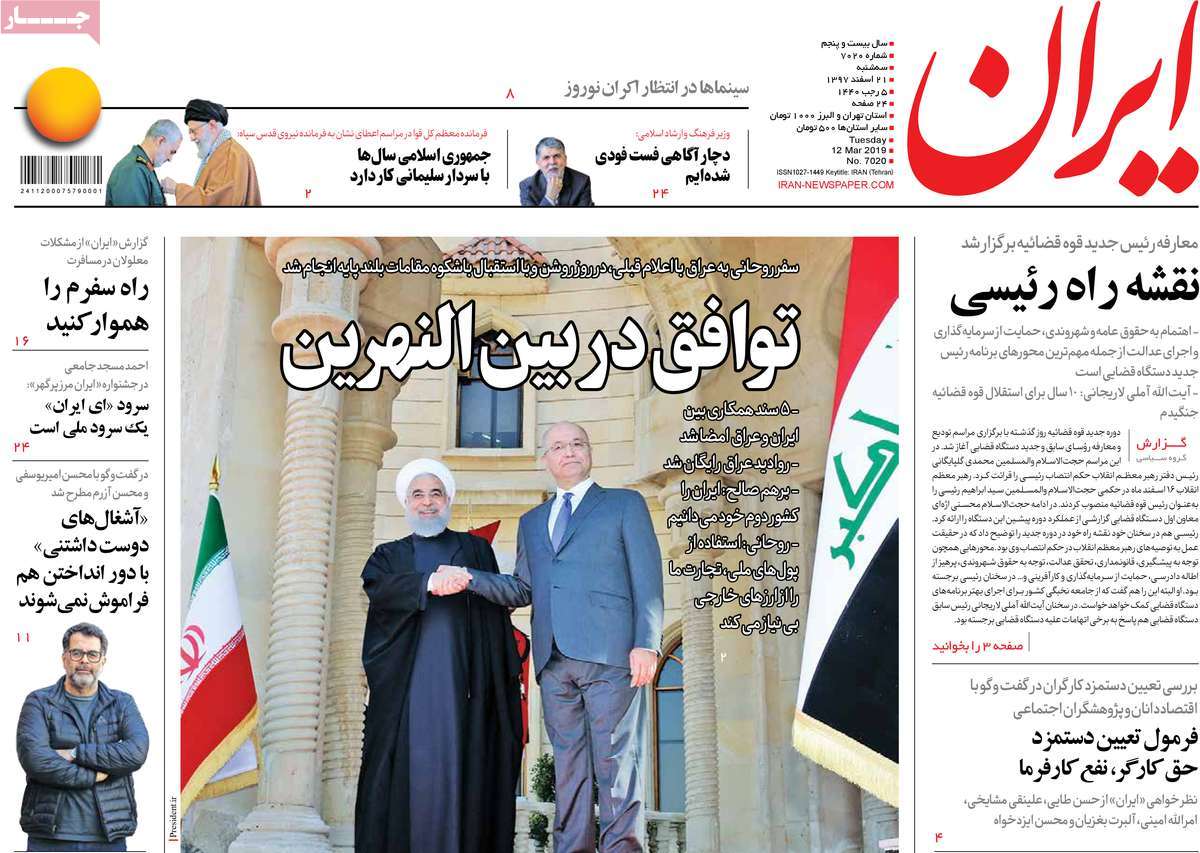 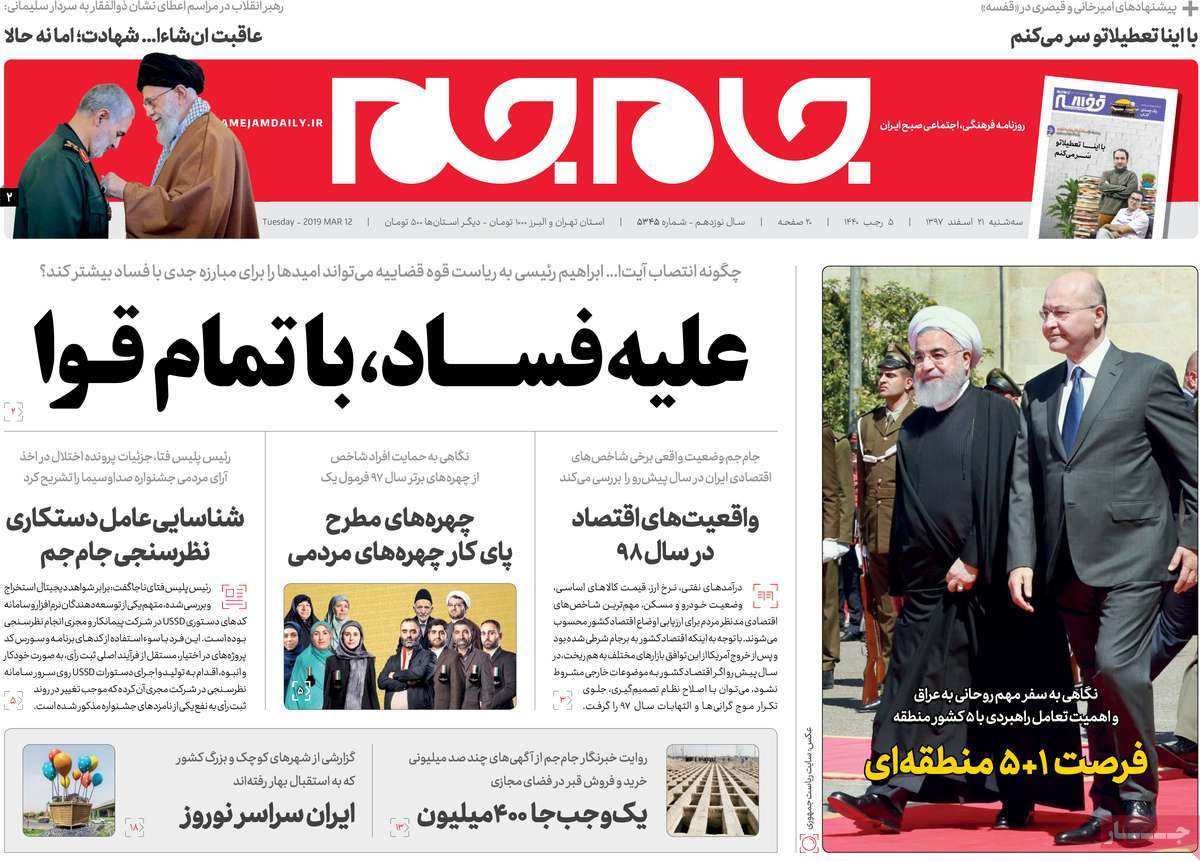 1- Safe Trip to Iraq Thanks to General Soleimani’s Efforts

2- Commander of Resistance Awarded with Order of Zulfaqar 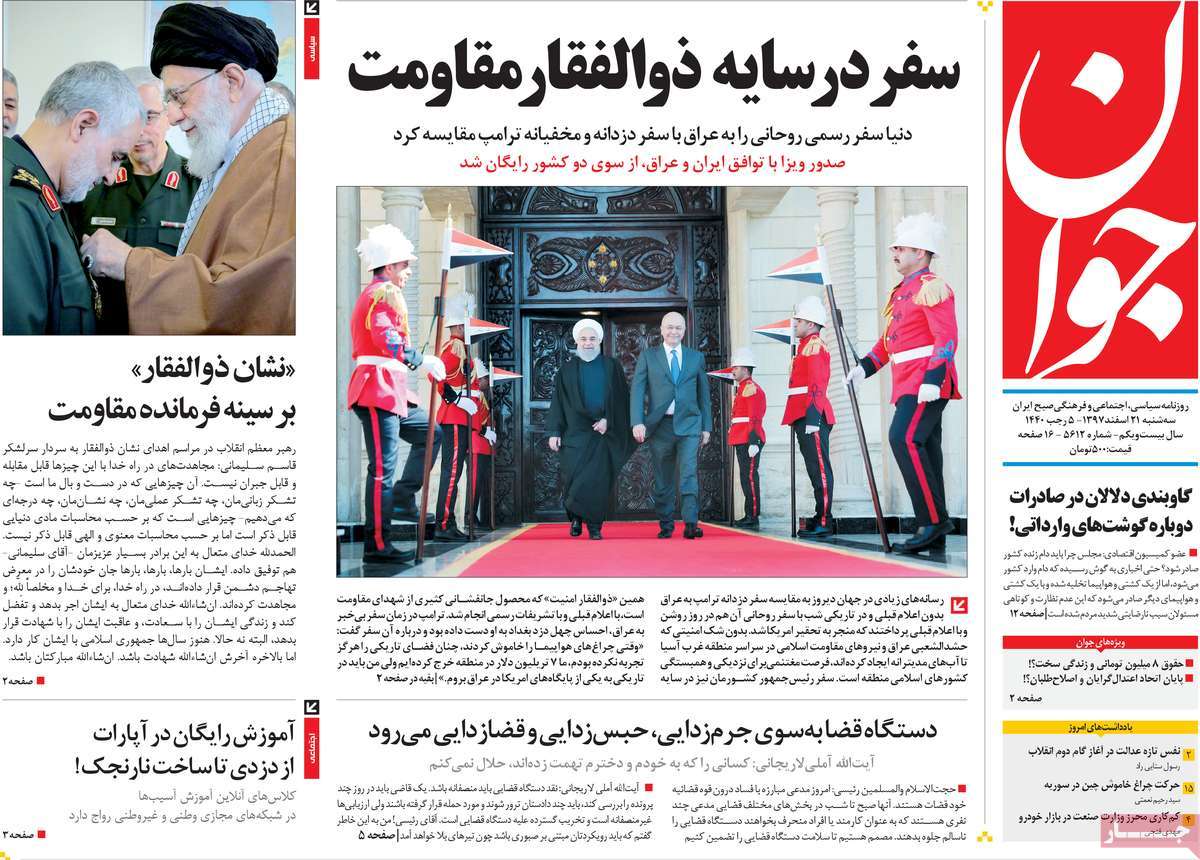 * Raisi: No One Allowed to Bypass Law 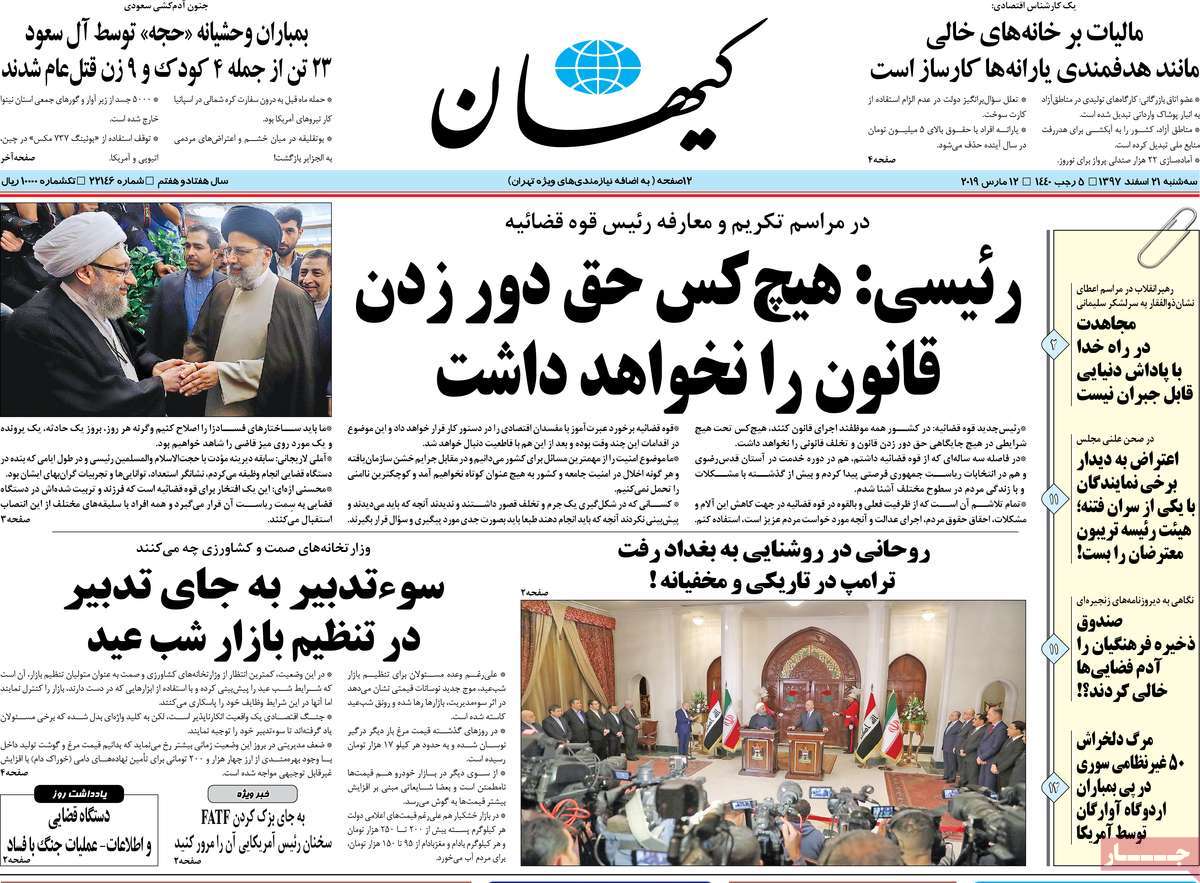 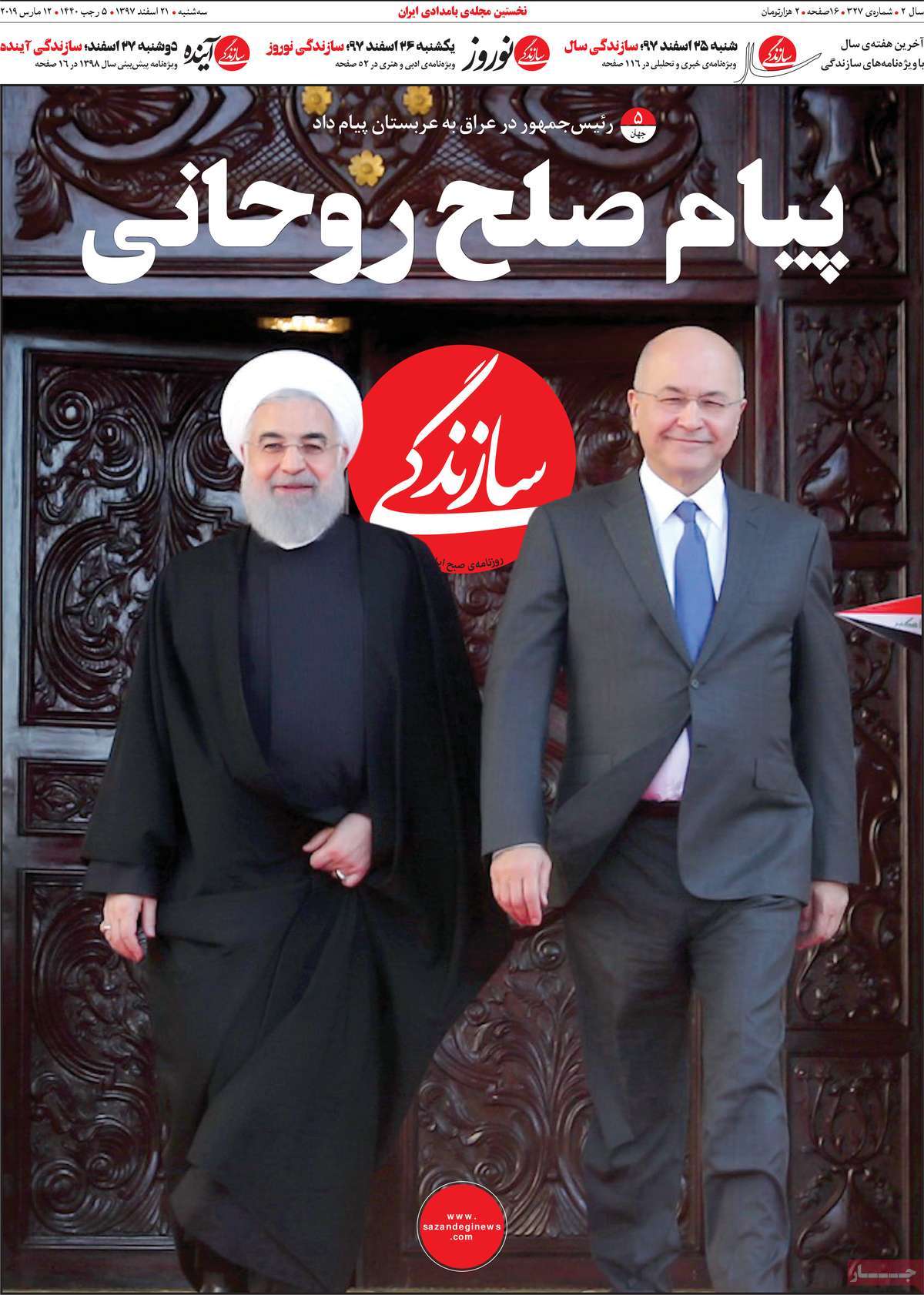 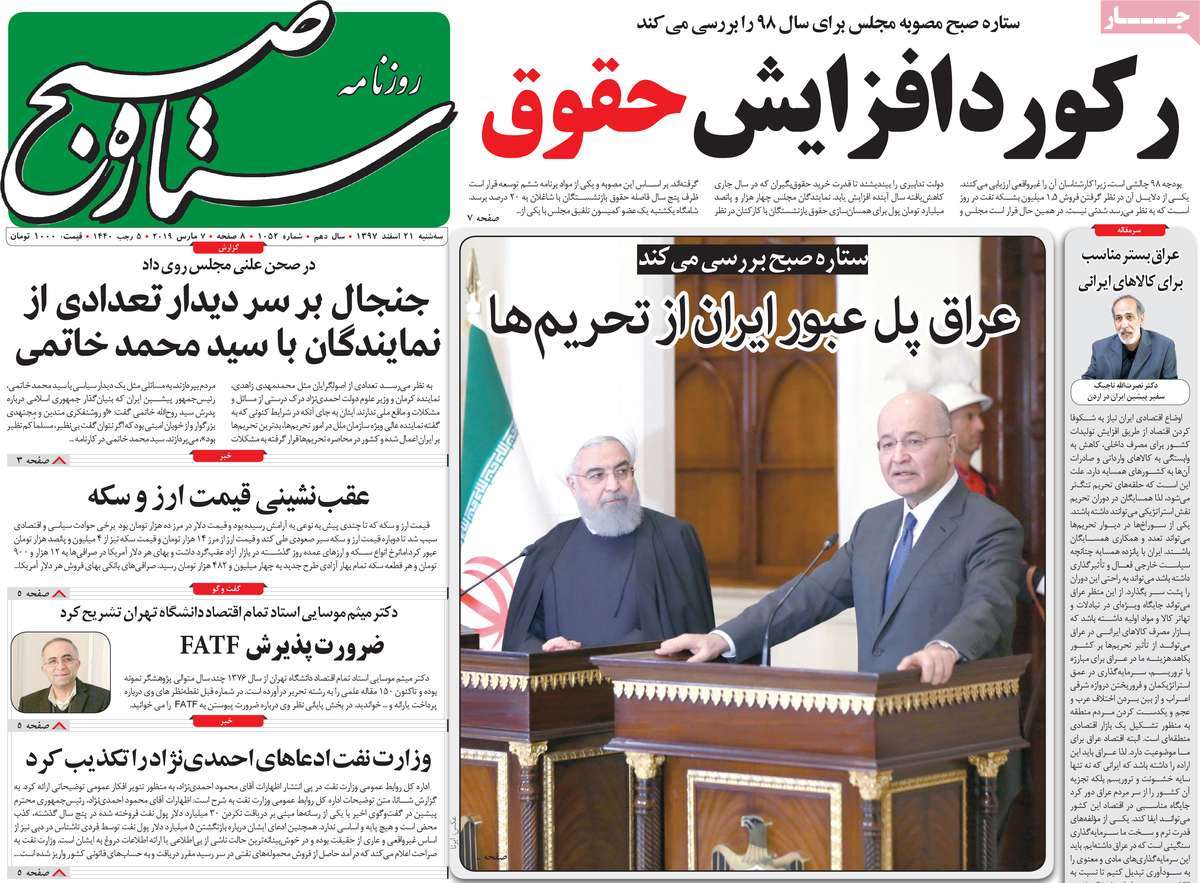 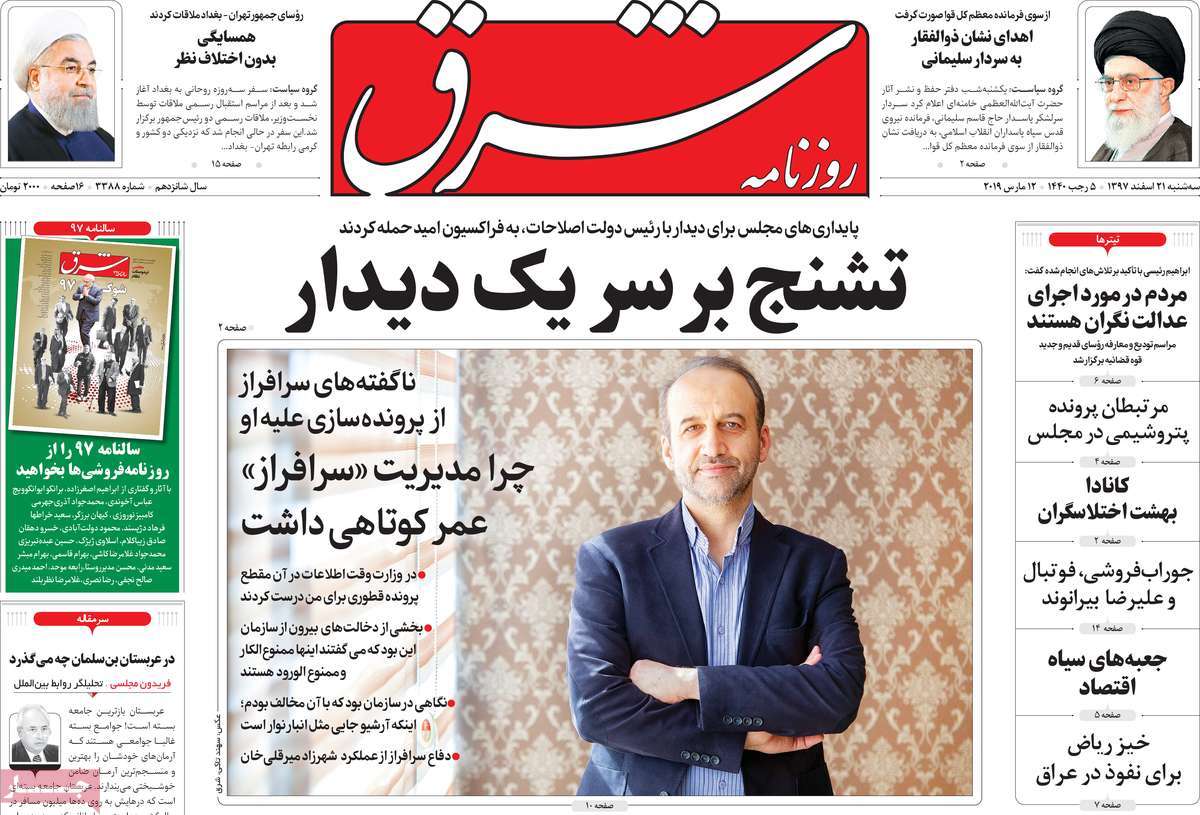 1- Zulfaqar in Hands of Commander-in-Chief

* Iran Leader to Gen. Soleimani: We Still Need You for a Long Time 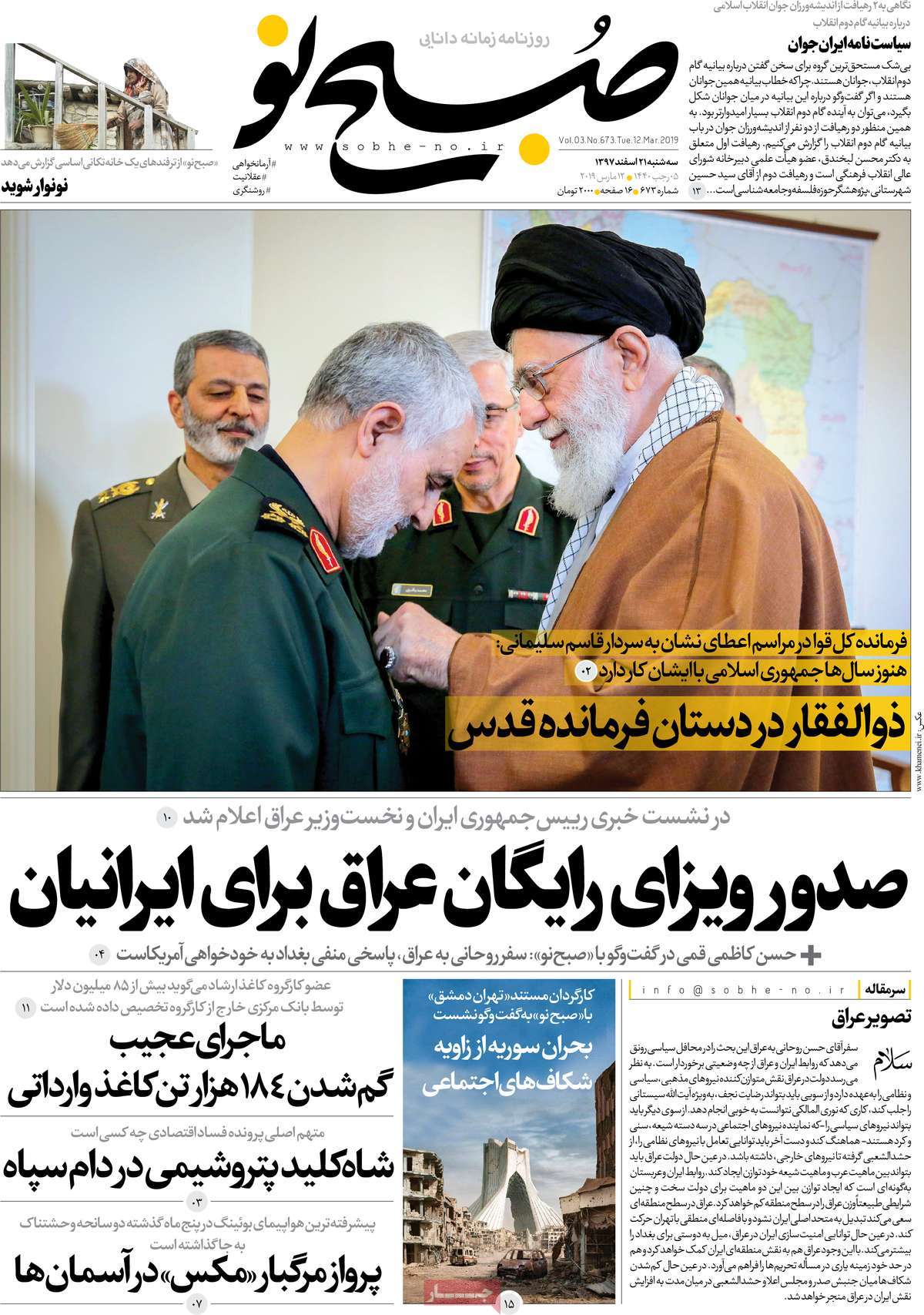 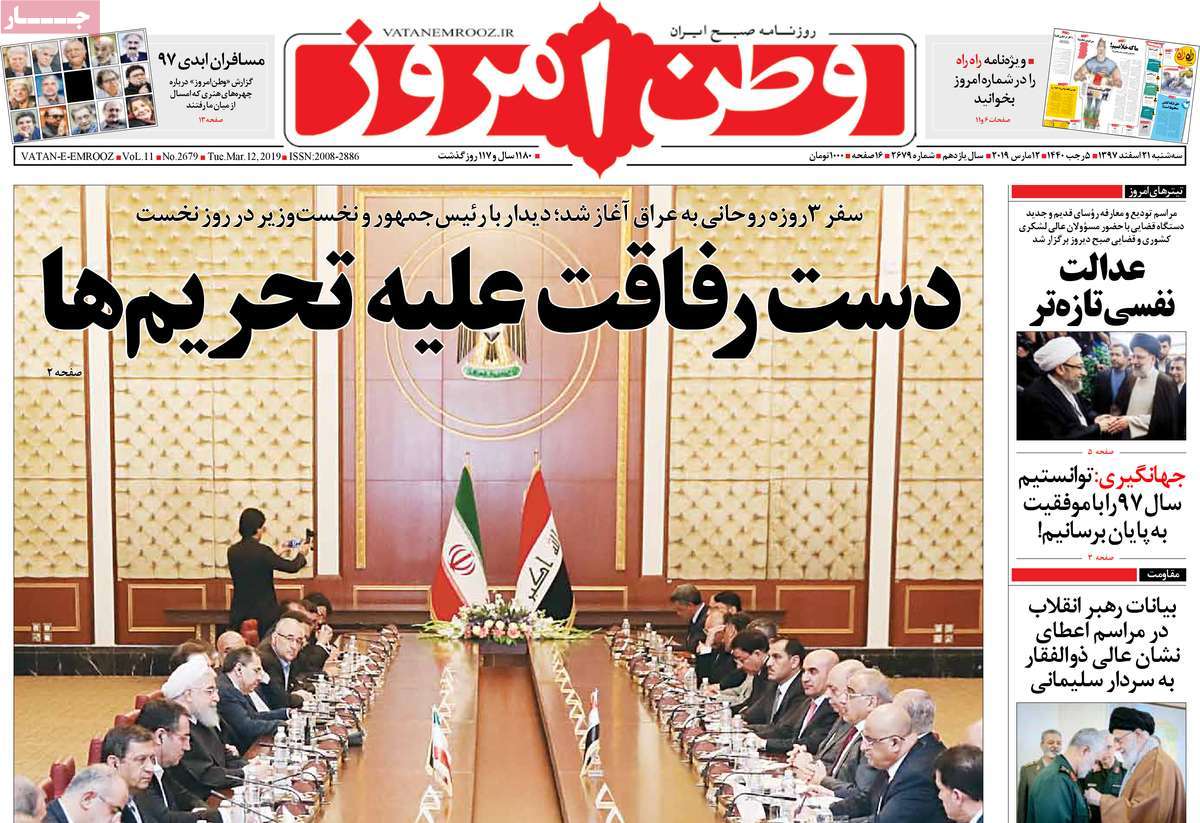