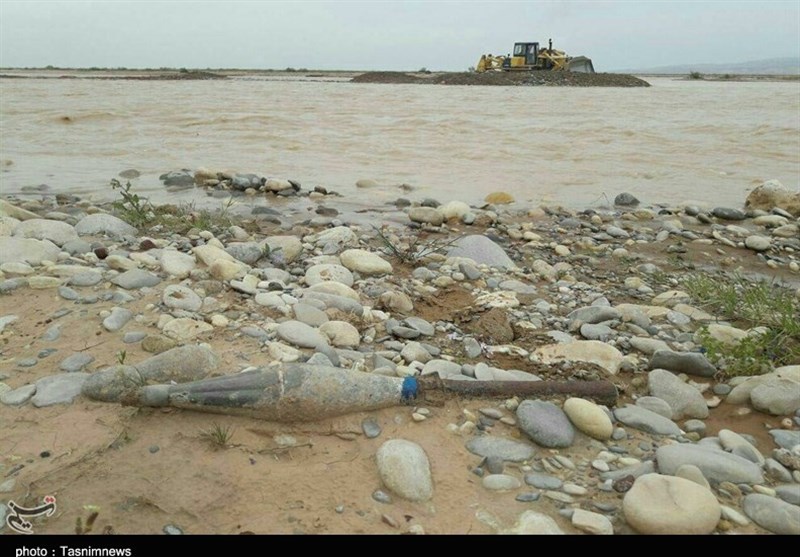 Heavy floods that hit Iran over the past few weeks have displaced most of the unexploded landmines in Western provinces as the remnants of the war imposed by Iraq on Iran, and in turn have significantly raised the risk of their explosion.

The floods in Iran’s western provinces have once again brought to the forefront earlier concerns about the risk posed by the unexploded ordnance remaining from the Iran-Iraq war.

The vast area where the landmines have been sown and the explosives’ relocations over the past decades have made it highly difficult to find and disarm them, a report by Fars news agency said.

Today, most of the landmines have been relocated by the geological developments over the past decades. This, in turn, highlights the necessity of raising public awareness about the dangers of the unexploded mines.

Over the past years, coordinated efforts have been underway by related governmental and non-governmental bodies to prevent any casualties by clearing the remaining landmines but unfortunately the dangers are too significant and there is still a long way to go.

The report highly warned people against moving along unknown areas. “If, in emergency cases, you have no way but to travel to unknown areas, take cautionary measures seriously. To this end, run and walk only along asphalted roads or take roads used by the locals of the areas. Meanwhile, avoid moving along rivers’ banks and camping in unknown areas.”

The report also directly called on mountaineers and tourists to avoid camping anywhere near an area which used to be a military base. It also warned children against getting close to barb wired areas. “Meanwhile, never touch suspicious things on the ground.”

Most of unexploded mines are not visible easily and remain dangerous for years to come, the report noted.

It also referred to the April 4 as the UN International Day for Mine Awareness and Assistance in Mine Action and called on related organizations to develop new programs to raise Iranian children’s awareness about the dangers of explosives and landmines.

A large number of landmines were planted by Iraqi army forces in the 1980s during the war against Iran. And despite efforts by Iranian demining teams, dozens of people are still maimed or killed along the country’s western border every year.