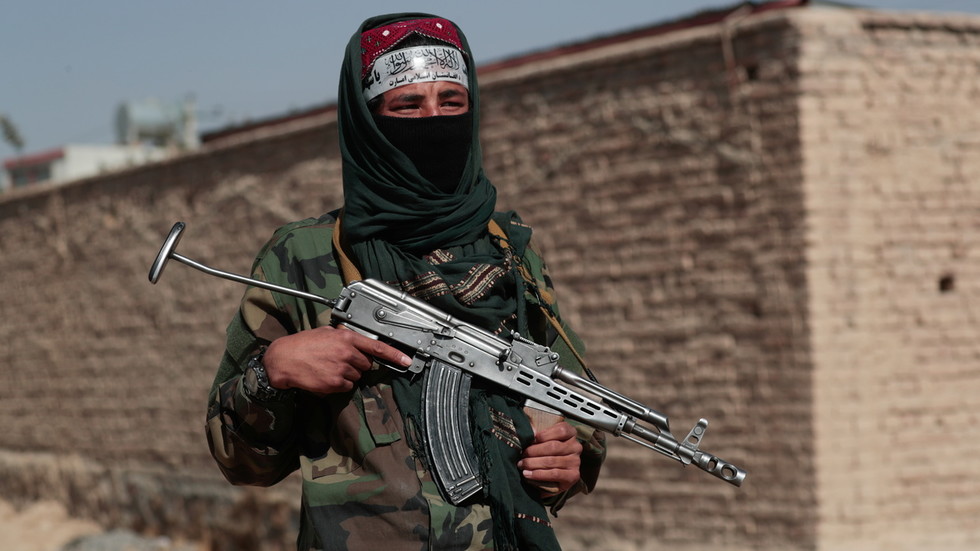 The United Nations' special envoy for Afghanistan has warned that members of the Daesh terrorist group now seem to be present in all provinces of the war-torn country, and Taliban is unable to stem the terror group’s growth.

The Taliban has proven unable to prevent the growth of Daesh (ISIL or ISIS) Afghanistan affiliate, the UN envoy for the war-torn nation warned on Wednesday.

Deborah Lyons, Secretary-General Antonio Guterres’ special envoy, told the UN Security Council that the Daesh terrorist group has grown from being in only “a few provinces and Kabul” to now being present “in nearly all” of the country and is “increasingly active”.

She pointed to data that indicated the group has dramatically escalated attacks across the country from mid-August, when the Taliban were increasingly taking territory from the former internationally-recognized government. That includes 13 attacks in the second half of August, 38 in September and 48 the following month.

“The Taliban insist that they are waging a concerted campaign against ISILKP, but this campaign is worrying in that it appears to rely heavily on extra-judicial detentions and killings of suspected ISILKP members,” she said, using an acronym to refer to an alternative name for the group – the Islamic State in Iraq and in Levant, Khorasan Province.

“This is an area deserving more attention from the international community,” added Lyons.

Meanwhile, Afghanistan’s economy has been in freefall following the Taliban’s seizure of power, with about a 40% reduction in GDP since August, and Lyons warned that should the situation deteriorate further, it would “heighten the risk of extremism”.

“The continued deterioration of the formal economy will provide impetus to the informal economy, including illicit drugs, arms flows and human trafficking,” she stated.

“We must focus for the next three or four months on helping the most vulnerable Afghans endure the winter, and we must do so without undermining the institutions and coping mechanisms that are keeping the rest of the population from sliding into greater vulnerability,” she continued.

The envoy said the country is on the brink of “humanitarian catastrophe”, pointing to food scarcity and the country’s crumbling economy, and warned that extremism could arise due to current conditions.

She stated the regional and global community must continue helping Afghanistan as it heads into the winter, where pressing issues could lead to “terrible loss of life”.

“Now is not the time to turn away from the Afghan people. I stressed this to the security council, stressed the need for the regional and the global community to remain engaged in helping the people of Afghanistan as they face this very difficult winter with huge problems of not just food scarcity but a crumbling economy,” Lyons added.

“The Afghan people should not feel abandoned or forgotten by the international community, or any of the regional countries for that matter, due to the Taliban takeover. We must find ways to prevent an imminent humanitarian catastrophe and the terrible loss of life that could happen over the winter, and we can prevent it,” she noted.

A report from the UN’s World Food Program and Food Agriculture Organization published last month found that nearly 19 million Afghans, or 47 percent of the population, were seeing high levels of acute food insecurity between September and October of this year.

The group said the main forces driving the acute food insecurity was “drought and its impacts on crops and livestock, the collapse of public services, a severe economic crisis and increasing food prices”.

Circumstances are expected to worsen in the coming months. Between November 2021 and March of next year, roughly 22.8 million Afghans will be experiencing “high levels of acute food insecurity”, which is equivalent to 55 percent of the total population, the report added.

A lack of international aid has contributed to the worsening conditions in Afghanistan, according to a report.

Lyons on Wednesday said the main driver behind the impending humanitarian catastrophe is financial sanctions imposed on the Taliban, contending that such tolls have “paralyzed the banking system, affecting every aspect of the economy”.

She added additional support from the regional and international community could make a “huge, live-saving difference”, while also calling on “de facto authorities” in Afghanistan to respond to the concerns of individuals in the country.

“It does not have to be this way. We all recognize what is required to prevent the economic and societal collapse. We need now to work to find ways to prevent the millions of Afghans who are suffering and to counter any destabilization in the region,” she continued.

The Taliban, who ruled Afghanistan from 1996 to 2001, took power again on August 15 as the US was in the middle of a troop withdrawal. The group announced the formation of a caretaker government in early September. No country has yet recognized its rule.

Daesh, an ideological foe of the Taliban, initially secured a foothold in eastern and northern Afghanistan, particularly in the eastern province of Nangarhar, which is regarded as its base in the war-torn country.

Soon after the Taliban’s takeover of the country, Suhail Shaheen, a spokesman for the group, noted that during a three-year-long war with Daesh, the Taliban had managed to clear the northern and eastern parts of Afghanistan from the presence of the Takfiri group, stressing that “there is no Daesh in Afghanistan” anymore.

However, the terror group has expanded and increased its deadly attacks since then and killed people, mostly Shia civilians, across Afghanistan, including the capital, Kabul.

The UN envoy has also announced that the UN mission regularly received credible reports of house searches and the “extrajudicial killings” of former security personnel and officials by the Taliban.