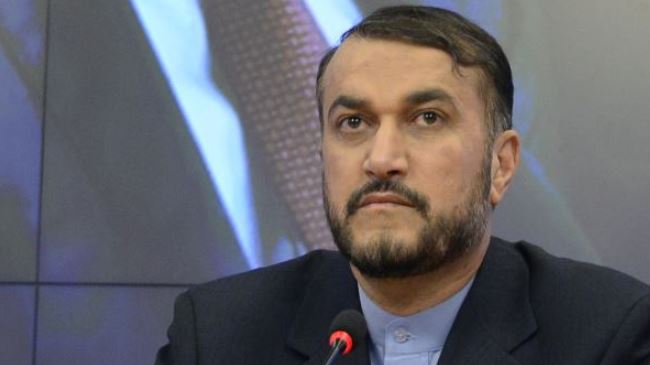 Iran’s deputy foreign minister has expressed Tehran’s willingness to help advance a UN proposal for the suspension of fighting in the northern city of Aleppo.

A senior Iranian diplomat has stressed the importance of adopting a realistic approach to the developments in Syria, saying the United Nations should play a real role in settling the conflict in the war-torn country.

“The Islamic Republic of Iran wants to see the United Nations [playing its] real role between the sides for and against [the Syrian government],” Iran’s Deputy Foreign Minister for Arab and African Affairs Hossein Amir-Abdollahian said in a meeting with Deputy UN Special Envoy to Syria Ramzy Ezzeldin Ramzy in Tehran on Friday.

The Iranian diplomat hailed efforts made by UN Special Envoy to Syria Staffan de Mistura to settle the conflict in the country and expressed Iran’s willingness to help advance a UN proposal for the suspension of fighting in the northern city of Aleppo.

Amir-Abdollahian also slammed the United States and its regional allies for their attempts to train and arm the Takfiri groups operating against the Damascus government, saying such a move violates the UN plan to establish a ceasefire in Aleppo.

On October 30, the UN envoy proposed an action plan for areas where Syrian forces are fighting Takfiri terrorists, and said the proposal includes “freeze zones” in Syria to allow deliveries of humanitarian aid, starting with the country’s largest city, Aleppo.

Syrian President Bashar al-Assad on November 10, expressed his readiness to study the UN initiative, saying Aleppo, which has been divided into militant and government-held territories since July 2012, has been cited as a potential opening stage.

Ezzeldin Ramzy, for his part, called for Iran’s support for the UN-proposed plan in Aleppo and expressed hope that it would be implemented in the near future.

He said the proposal, should it succeed, could serve as a model for the implementation of similar plans in other parts of Syria.

The diplomat also pointed to a four-point plan devised by the Islamic Republic earlier this year to help settle the Syria crisis, calling for the implementation of the proposal’s first article, which calls for the establishment of a truce in Aleppo.

Iran’s proposed peace plan stresses a political resolution to the Syrian crisis, the territorial integrity and independence of the Arab country as well as its people’s right to self-determination.

Syria has been grappling with a deadly crisis since March 2011. The violence fueled by Takfiri groups has so far claimed the lives of over 200,000 people, according to reports.