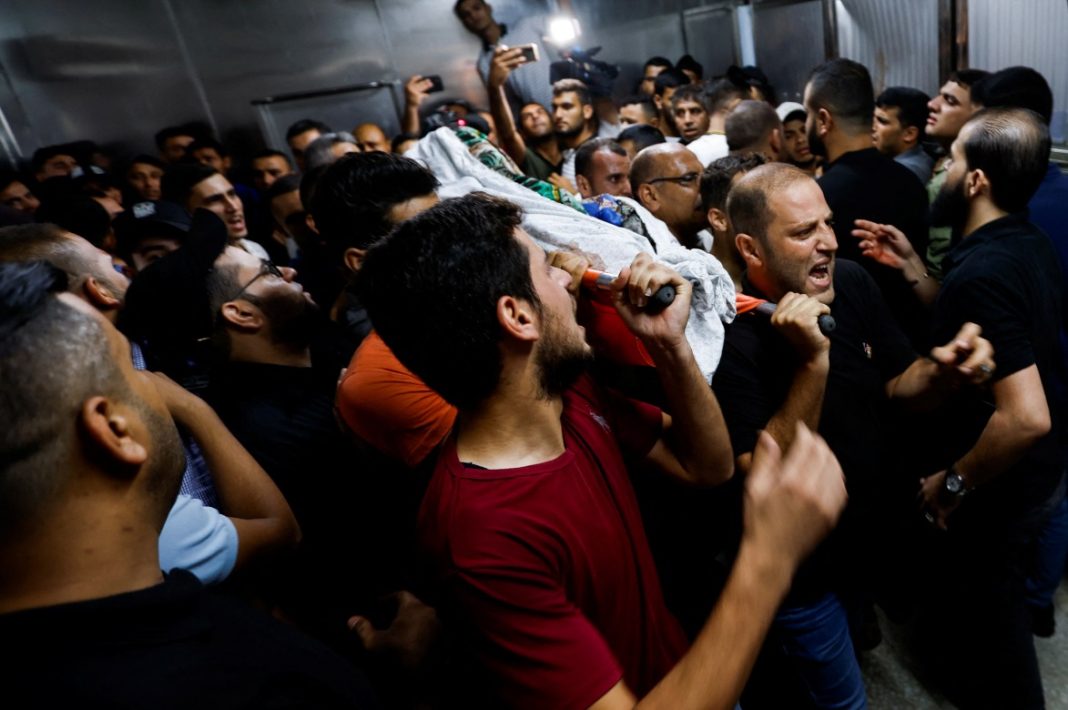 United Nations Human Rights Chief Michelle Bachelet has sounded the alarm about the high number of Palestinians, including children, killed and injured by Israel in 2022.

The United Nations rights chief issued a statement on Thursday expressing “alarm” at the large numbers of Palestinians – particularly children – who have been killed and injured by Israeli forces in occupied Palestinian territory so far this year.

Almost 40 Palestinian children have been killed so far this year in the occupied territories and in many incidents, Israeli forces appear to use lethal force in a manner that violates international human rights law, Bachelet said.

“Inflicting hurt on any child during the course of conflict is deeply disturbing, and the killing and maiming of so many children this year is unconscionable,” Bachelet added.

Nineteen Palestinian children were killed in occupied Palestinian territory in the last week alone, bringing the death toll of children since the start of the year to 37, according to the statement.

Israeli forces launched their bombardment of Gaza, flattening buildings and striking refugee camps across the territory, saying the onslaught targeted members of the Islamic Jihad group, including the group’s senior commanders. Palestinian officials confirmed the majority of those killed were civilians.

The toll of civilian casualties in the Israeli attack on Gaza “was heavy”, the UN rights chief noted.

“International humanitarian law is clear. Launching an attack which may be expected to incidentally kill or injure civilians, or damage civilian objects, in disproportionate manner to the concrete and direct military advantage anticipated, is prohibited. Such attacks must stop,” Bachelet continued.

The UN human rights office has confirmed that among the 48 Palestinians killed in the three-day onslaught from Friday to Sunday, at least 22 were civilians, including 17 children and four women.

Nearly two-thirds of the 360 Palestinians reported injured in the Israeli offensive were civilians, including 151 children, 58 women and 19 older people, the UN announced.

Palestinian armed groups also indiscriminately fired hundreds of rockets and mortars at Israel over the weekend, injuring civilians and damaging civilian infrastructure and property, the UN chief said, adding that such attacks were also a “violation of international humanitarian law”.

Israeli authorities announced that a total of 70 Israelis were injured during weekend fighting.

Bachelet also stated that the widespread use of live ammunition by Israeli forces in law enforcement operations in the occupied West Bank, including East Jerusalem, had led to an alarming number of Palestinians being killed.

The UN Human Rights Office in the occupied Palestinian territory has so far this year documented the killing of 74 Palestinians, including 20 children. In many incidents, Israeli forces used lethal force in a manner that appeared to be in violation of international human rights law, she added.

Bachelet also called for speedy, independent, impartial, and transparent investigations into all incidents where any person was killed or injured, and she lamented what she described as a “climate of impunity” and “the long-standing violations” that powered “the cycle of violence” in the occupied territories.

She noted that “an almost total lack of accountability persists in the occupied Palestinian territory – whether for violations of international humanitarian law by all parties in hostilities in Gaza, or for recurring Israeli violations of international human rights law and the law of occupation in the West Bank, including East Jerusalem, including incidents of unnecessary and disproportionate use of force.”