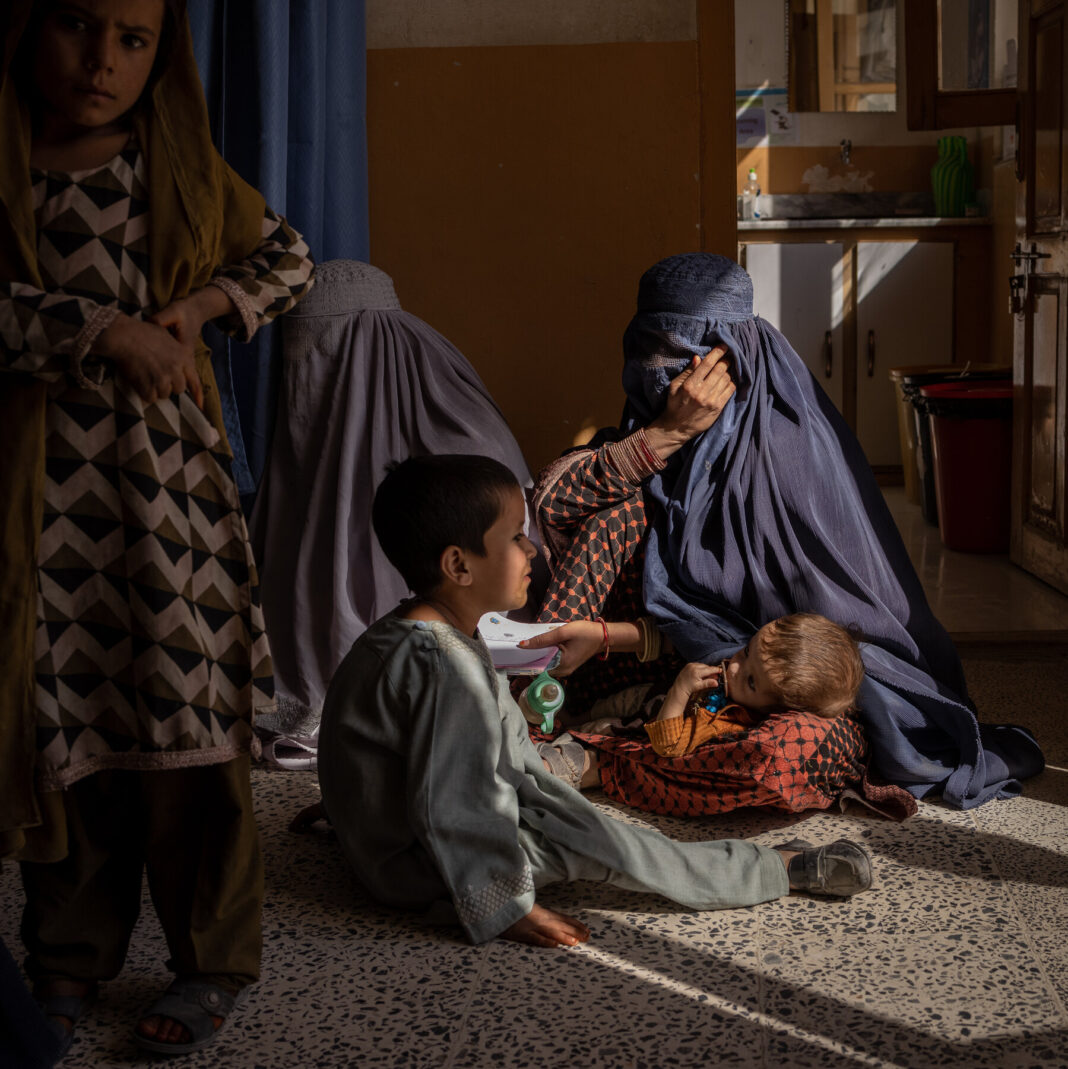 The United Nations has warned that by the middle of 2022, universal poverty in Afghanistan – reaching 97 per cent of the population – could be “the next grim milestone” in the war-torn country.

Afghanistan’s economy is in “free fall”, the UN Emergency Relief Coordinator announced, warning that if decisive and compassionate action is not taken immediately, it may “pull the entire population with it”.

Speaking virtually to the 17th Extraordinary Session of the Organization of Islamic Cooperation (OIC) Council of Foreign Ministers in Islamabad, Pakistan, Under-Secretary-General for Humanitarian Affairs Martin Griffiths painted a grim picture of 23 million people facing hunger; malnourished children overflowing in health facilities; 70 per cent of teachers working without salaries; and millions of students – Afghanistan’s future – out of school.

Moreover, this is occurring as the value of the Afghani currency plummets, a lack of confidence in the financial sector destroys trade and the space for borrowing and investment dramatically constricts.

“The need for liquidity and stabilization of the banking system is now urgent – not only to save the lives of the Afghan people but also to enable humanitarian organizations to respond”, he added.

The UN official welcomed the decision by the World Bank’s Afghanistan Reconstruction Trust Fund to transfer $280 million by the end of December to the UN Children’s Fund (UNICEF) and the World Food Programme (WFP).

“This step should be followed by reprogramming of the whole fund to support the Afghan people this winter”, he continued, saying, “Families simply do not have the cash for everyday transactions, while prices for key commodities continue to rise”.

The cost of wheat and fuel are up by around 40 per cent and food now accounts for more than 80 per cent of the average household expenditure.

And as international development support has frozen up, basic social services that all Afghans depend on are collapsing.

Griffiths cautioned that by the middle of next year, universal poverty – reaching 97 per cent of the population – could be “the next grim milestone”.

“Within a year, 30 per cent of Afghanistan’s gross domestic product could be lost altogether, while male unemployment may double to 29 per cent,” he spelled out.

The OIC met to express their willingness to help avert disaster and contribute to the humanitarian endeavour.

“The United Nations stands firmly with you, and in solidarity with the people of Afghanistan,” stated the Relief Coordinator, explaining that next year, the UN would seek its largest-ever funding appeal of $4.5 billion “to help the most vulnerable in Afghanistan”.

The plan is a stopgap measure for over 21 million people who need lifesaving assistance and must be funded as “a matter of priority”.

“The crisis is huge. Our humanitarian response is effective and continues to scale up, thanks to generous donor support and your sustained engagement,” he noted.

Afghanistan will not get through the winter on emergency aid alone, the UN official flagged, stressing the need for “flexible donor funding” that can be used to ensure salaries for public sector workers and support to basic services, such as health, education, electricity and livelihood.

And going forward, continued constructive engagement with the de facto authorities is imperative to “clarify what we expect of each other”.

“The consequences of inaction on these three fronts are clear: Afghanistan will collapse, people will run out of hope, and the region – and indeed the world – will see destabilization increase,” he underscored.

Noting that the meeting was being held at “a moment of exceptional gravity for the people of Afghanistan”, the senior UN official pointed out that “we have the advantage of being forewarned of the fate that awaits them if we do not act”. Acknowledging that the meeting has provided both a chance and an opportunity to do so, he warned that “if we do not act with urgency and with a collective will, then there will be a terrible reckoning”.